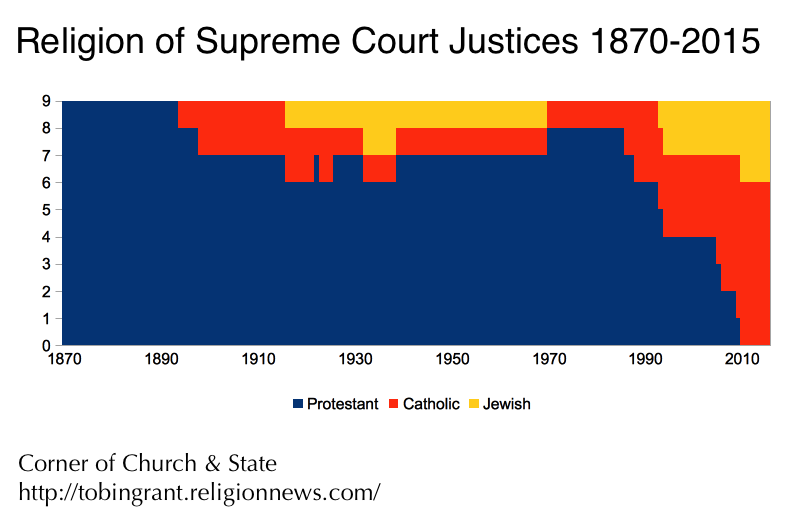 The religious makeup of the U.S. Supreme Court is far different today than it was just decades ago. Once a Protestant institution, the court no longer has one Protestant on the bench.

Prior to the Civil War, there was only one justice who was not a Protestant. Justice Roger Tanney was the first Catholic on the Court. Tanney served until his death in 1864.

It was three decades until the next Catholic was confirmed. Since Justice Edward White in 1894, however, there has been at least one Catholic on the Court. Current Catholics on the court include justices Anthony Kennedy, Clarence Thomas, John Roberts (chief), Samuel Alito, and Sonia Sotomayor.

Since Ginsberg, the number of Jewish justices has risen. There are currently two other Jewish justices: Justice Elena Kagan and Justice Stephen Breyer.

President’s Obama’s nomination for the Court Merrick Garland would replace Justice Antonin Scalia. If confirmed (a big if) the court would have four Jewish justices and five Catholic ones.