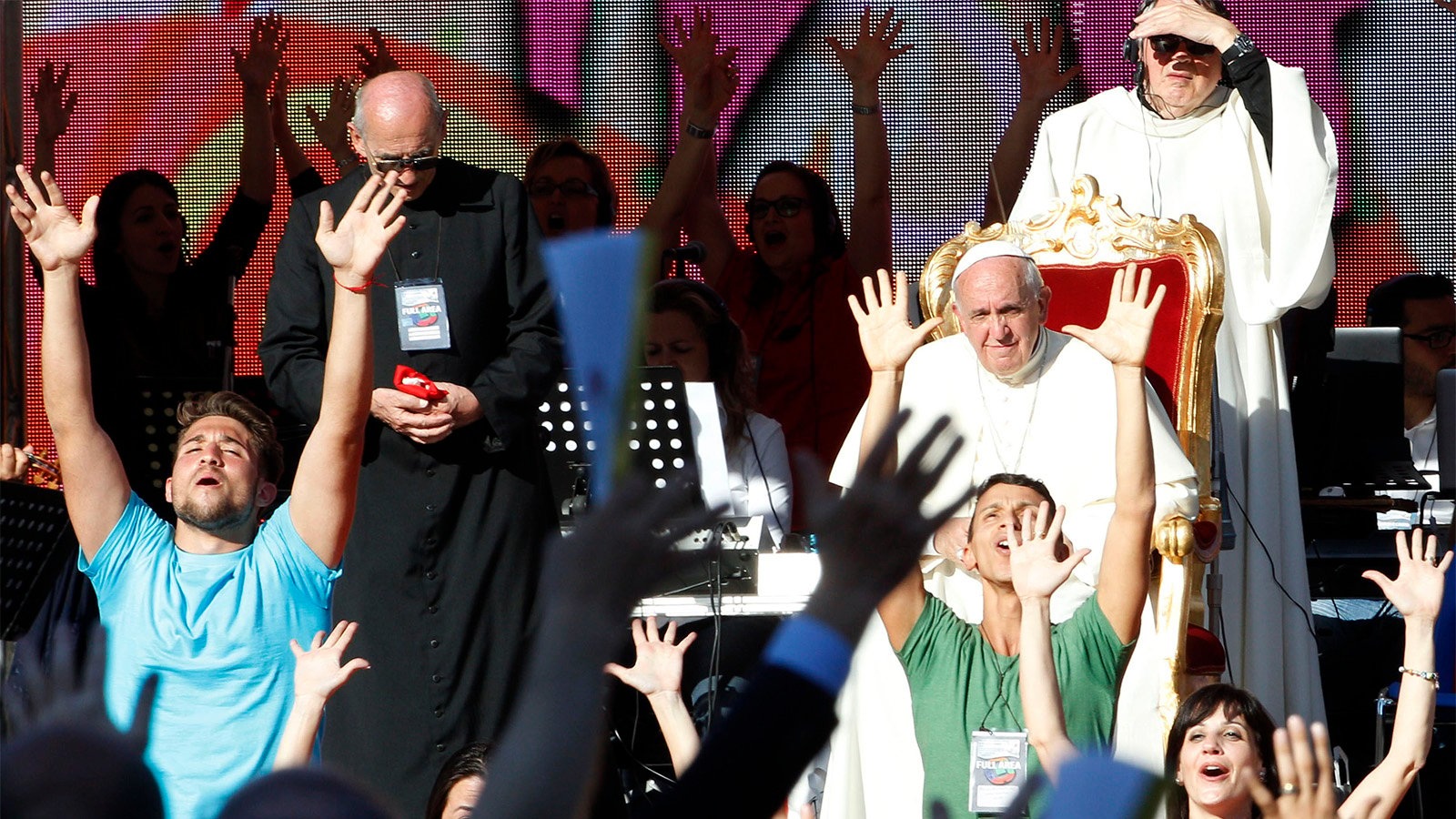 (RNS) — Amy Coney Barrett’s faith has been under the white-hot glare of the media lights ever since President Trump suggested she is on his short list to succeed Justice Anthony Kennedy, who is retiring from the Supreme Court.

But it’s not because Barrett, 46, is Roman Catholic. So too is Kennedy, who she might replace, as well as justices Samuel Alito, John Roberts, Sonia Sotomayor and Clarence Thomas.

No, Barrett, a judge on the 7th U.S. Circuit Court of Appeals, is receiving scrutiny because she is part of the charismatic renewal movement within the Catholic Church and participates in a “covenant community” called People of Praise.

So what are these two groups all about? Let us 'Splain.

Some people are surprised to hear that Catholics, with their stately, formal worship, also include adherents who have taken up the more ecstatic worship practices typically associated with Pentecostals.

These are charismatic Catholics who see themselves as part of the historic Azusa Street Revival of 1906, when they believe the Holy Spirit showered thousands of Christians with supernatural gifts that had been held by Jesus’ apostles, such as the ability to heal, prophesy and speak in tongues.

The movement spread to the Catholic Church in 1967, when professors at Duquesne University in Pittsburgh held a retreat at which several people were baptized in the Spirit — that is, they believe they received those same gifts of the Holy Spirit.

Though it is not embraced by everyone, the pope said, “it is true that it fully belongs in the biblical tradition.”

OK. And what’s a “covenant community”? 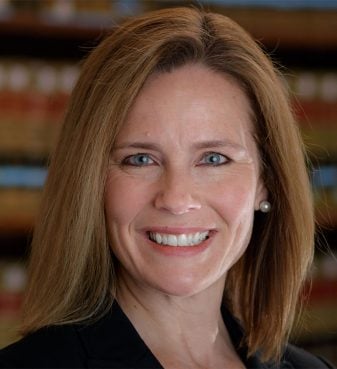 Some Catholic charismatics express their faith by belonging to what’s called a “covenant community.” Barrett belongs to one such group, People of Praise Christian Community.

People of Praise is not strictly a Catholic organization, but about 90 percent of its 1,700 adult members are Catholic. Each one makes a covenant or promise that they will share their life together and agrees to donate 5 percent of their income to the group.

The group was begun in 1971 in South Bend, Ind., (where Barrett taught law at the University of Notre Dame) and now has “branches” in 25 locations, including Canada and the Caribbean islands. Each branch meets on Sunday afternoons for charismatic worship and prayer — usually in a building, sort of like a community center.

In addition, men and women meet separately in smaller groups of five or six once a week, typically Monday or Tuesday evenings, for a few hours of prayer and discussion.

“The appeal is Christians living close together with a certain commitment to stick it out together,” said Craig Lent, the group’s top coordinator and a professor of engineering and physics at the University of Notre Dame. “It’s a charismatic kind of life together with the gifts of the Spirit. We experience God’s presence in our brothers and sisters.”

To each his or her own. Where’s the controversy?

Most of it centers on one particular practice. Every member of People of Praise receives practical advice and spiritual direction from another member. This is often referred to as “headship.”

A married woman’s head is her husband. Heads for single women are women leaders. In the past, these leaders were called “handmaids,” a reference to the Virgin Mary who called herself “the Lord's servant" or "handmaid of the Lord” in Luke’s Gospel.

These heads advise on all important life decisions: dating, courtship, marriage, jobs and financial issues. To some people, that suggests a kind of subjugation.

That’s not how People of Praise see it.

“Its purpose is to help the growth of the individual in the Lord and the building up of the body of Christ,” Lent said. “No member of the People of Praise should be either domineering or servile in their relationships with other people.”

Notre Dame professor Adrian J. Reimers, a former member, wrote a critique of People of Praise (and another covenant group called Sword of the Spirit) about what he called “the abuse of authority” among leaders.

Does the Vatican approve?

People of Praise is not a formal Catholic organization. It has no canonical standing.

But there is a group of about 10 men who make up the Brotherhood of the People of Praise, and the Brotherhood has standing in the Catholic Church as a private association of the faithful. Among those 10 is Auxiliary Bishop Peter Smith of the Archdiocese of Portland in Oregon. He lives with a group of men in Portland. Another group lives in a home in St. Paul, Minn.

Is membership in People of Praise the reason Barrett got grilled from senators, and what’s this “the dogma lives loudly within you” business?

Not in so many words. During Barrett’s Senate confirmation hearings last year for the appellate court seat, Democratic senators questioned whether she could set aside her religious convictions on the bench, especially in light of a 1998 law review article in which she and her co-author suggested Catholic judges should recuse themselves in cases involving the death penalty.

“The Catholic Church's opposition to the death penalty places Catholic judges in a moral and legal bind,” the article said. “While these judges are obliged by oath, professional commitment, and the demands of citizenship to enforce the death penalty, they are also obliged to adhere to their church's teaching on moral matters.”

That led Democratic Sen. Dianne Feinstein of California to tell Barrett that dogma and law are two different things and that she was concerned that "the dogma lives loudly within you."

Barrett was eventually confirmed. But if Trump chooses her for the Supreme Court, expect more questioning.