The worship team sang upbeat Christmas carols “Go Tell It on the Mountain” and “Hark! The Herald Angels Sing.”

People in the auditorium seats dressed in cozy flannel and festive sweaters, greeting friends and sitting with family.

For a few minutes during Saturday evening’s (Dec. 15) service, it was Christmastime as usual at Willow Creek Community Church.

“Wherever you’re at, Christmas is coming,” one worship leader said.

The late December holiday, during which Christians remember Jesus’ birth, has always been a festive time at Willow Creek, one of the largest and most influential evangelical megachurches in the United States, with about 24,000 worshippers every week across eight locations in the Chicago area. 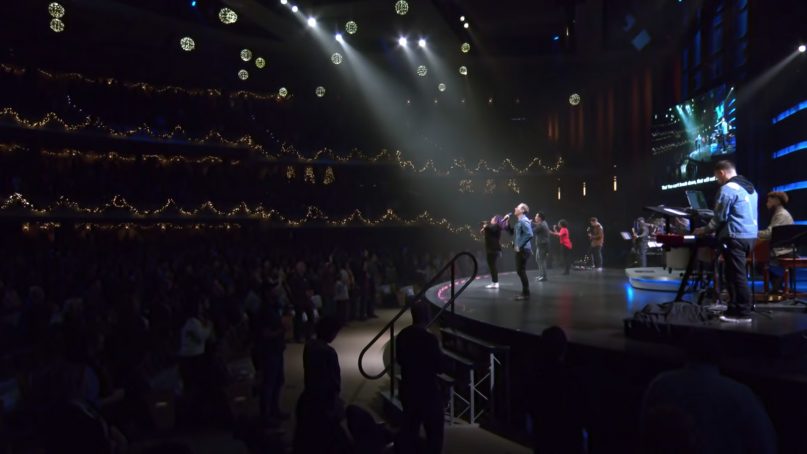 This year, Willow Creek is celebrating with a monthlong series called “Awestruck” — about the role of the Holy Spirit in the Christmas story — leading up to six Christmas Eve services between Dec. 22 and 24 at the church’s main campus in the northwestern suburb of South Barrington.

“This Christmas at Willow, we’ll sing songs, hear the well-known story, and tell a few of our own stories to get at the deep-down truth that right now — whoever you are, whatever the longing of your heart may be, whatever mess you find yourself in — God has come to you, has revealed Himself to you, and wants you to know that you are loved,” creative director Nick Benoit wrote in a sneak peek of the services posted Tuesday to Willow Creek’s website.

But there also are reminders that much has changed this year at Willow Creek. 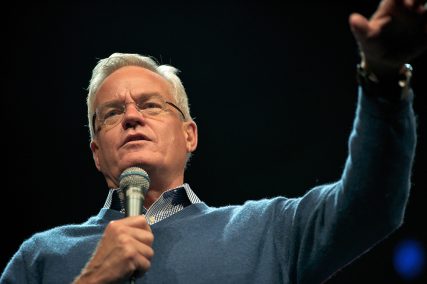 Founding pastor Bill Hybels is gone, having stepped down after he was accused of sexual harassment and misconduct by a number of women connected to the church in a series of news reports. Hybels denied the allegations but retired early from the church and the Willow Creek Association, a network of thousands of churches worldwide with ties to Willow Creek.

Church leaders first defended Hybels, then admitted his behavior was sinful and their previous investigation, flawed. Eventually, Hybels’ successors and all of the church’s elders resigned, saying the church needed a fresh start.

Now the church hopes to start over with new leaders, beginning with its elder board.

“In the spring of 2018, Willow entered into one of the most difficult and painful seasons in our church’s history,” according to a video update from the church’s Elder Selection Committee shown during services the weekend of Dec. 9.

The video introduced 11 candidates for the church’s elder board who will take office in January, barring any concerns raised about candidates.

Still, the church has much work to do.

That starts with a filling a $3.3 million budget shortfall, according to the last 2018 process update from the church posted online Tuesday evening.

Church attendance fell about 9 percent from the year before across the church’s eight campuses and at least 15 percent at its main campus, according to a process update dated Sept. 27.

Giving dropped about 10 percent from January to July and more than 25 percent from August to October, according to a financial update acting senior pastor Steve Gillen shared in the fall. September alone was the lowest giving month in the past five years, according to an Oct. 25 process update.

Since then, both attendance and giving have been “remarkably consistent,” Gillen said during a service the weekend of Dec. 9. 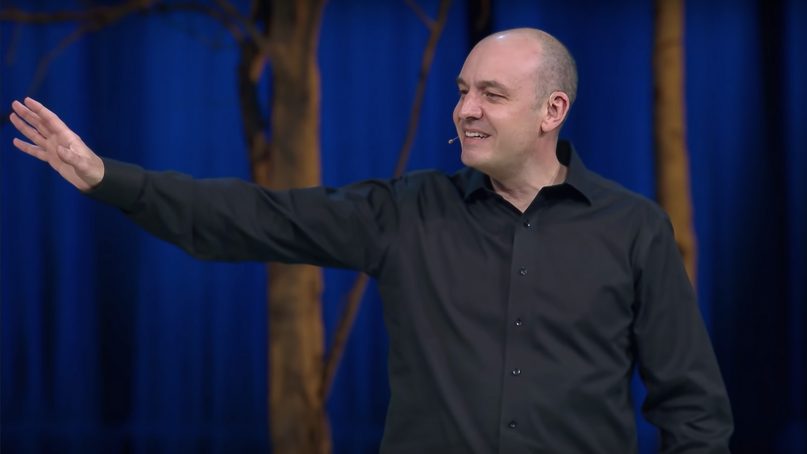 The church adjusted its general operating budget for 2019, cutting anticipated giving from $685,000 a week to $550,000 a week for 2019 and eliminating 50 full-time positions in the process. The church also cut operational expenses and drew from long-term cash reserves, according to updates and information shared by Gillen at services. Half of the positions eliminated came from cutting unfilled positions; the others, from layoffs.

Willow Creek also is forgoing its usual Year-End Fund — instead focusing on a Close the Gap initiative, hoping churchgoers will give extra to fill that budget gap.

In past years, Willow Creek has invited churchgoers to donate to the Year-End Fund above and beyond the regular offerings they give each week, Gillen noted. That money would go to a special initiative planned for the upcoming new year. 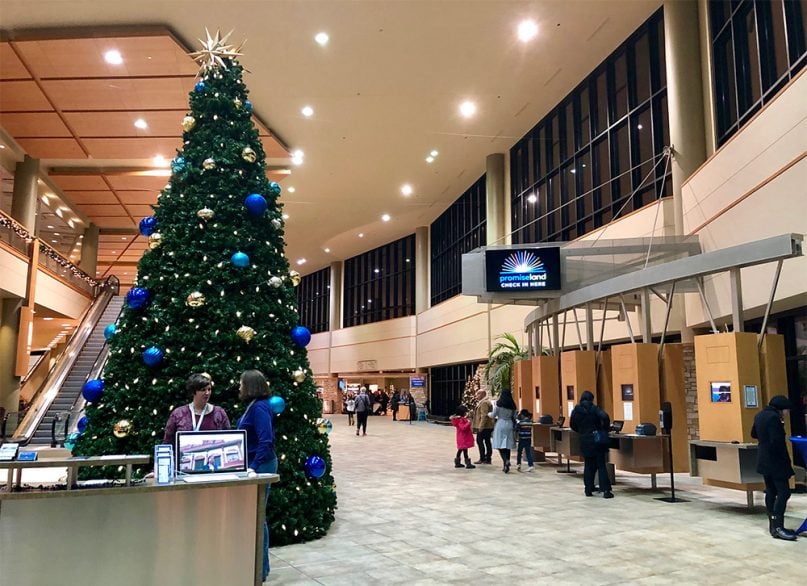 Last year, the church collected money for a program called Forward, a plan to invest in space and outreach for students and kids, as well as resources for adults to connect with small groups and engage with the Bible; and to expand its online church community and locations in the Chicago suburbs.

“With everything that happened this year, many of those initiatives were put on pause,” Gillen said.

Willow Creek now hopes to pick up those initiatives in 2019 with the funds set aside last year.

Its new elders also will begin the search for a senior pastor in the new year.

And an Independent Advisory Group continues its investigation into the allegations against Hybels and the church’s handling of them.

Meantime, acting executive pastor Matt Wright preached a message over the weekend at the main campus about the season leading up to Christmas being a season of waiting.

God has a promise for each person at Willow Creek, Wright said. There can be a lot of time between a promise and its fulfillment, he said, but God doesn’t waste the wait. He uses it.

As churchgoers wait for Willow Creek’s next chapter to begin, he encouraged them to do the same.