NAIROBI, Kenya (RNS) — During a recent prayer service here at the Kayole St. John’s United Methodist Church, more than a hundred worshippers followed Rev. Wilton Odongo, one of the church’s head pastors, as he led congregants in prayer.

This prayer was addressing the unity of the church — specifically, the worldwide United Methodist Church.

Later this month, a special session of the 2019 General Conference in St. Louis will renew its long-running debate over same-sex weddings and LGBTQ clergy. Several proposals under discussion would remove a rule in the church’s book of discipline that would prevent anyone who is a “self-avowed practicing homosexual” from serving as a minister.

Here in East Africa’s heavyweight country, though, most say a resounding ‘no’ to such measures.

RELATED: African Methodists worry about the church that brought them Christianity

“We are praying that God gives guidance to the delegates so that the result does not hurt the next generation,” said Odongo, who is also the district superintendent of Nairobi and the secretary to the Episcopal Office of the East Africa Annual Conference of the United Methodist Church.

Odongo, who is among the reserve delegates for the General Conference meeting, told Religion News Service that he believes the ordination of LGBTQ clergy goes against the teachings of the Bible. 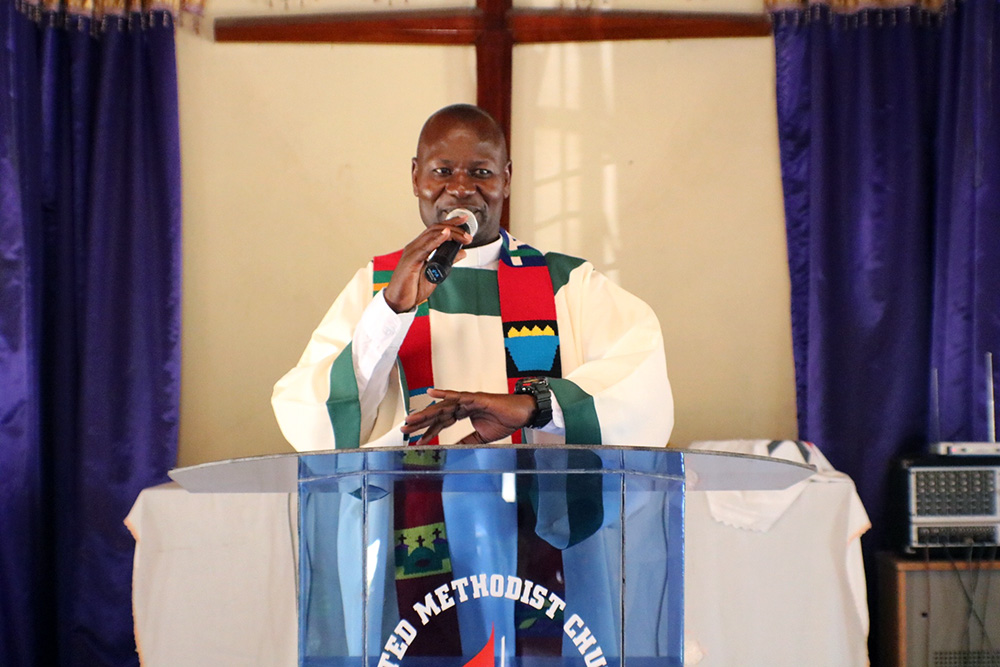 “In Africa, we have people in polygamous marriage and others who practice female genital mutilation, but we have never advocated for such issues to be universal,” he said amid cheers of ‘Amen’ from congregants. “We don’t want the issue to be included in the church because it’s a sin. God forbids it.”

For decades, the United Methodist Church, numbering 12 million members worldwide, has faced conflict over how the denomination should minister to LGBTQ individuals and whether or not to include them as leaders of churches. Two years ago, in Portland, Ore., the denomination narrowly avoided a schism over this issue during a heated General Conference meeting of 800-plus delegates from around the world.

The General Conference then authorized bishops to form a Commission on a Way Forward to envision changes in law and structure that might help preserve unity within the church.

Another proposal, called the Simple Plan, would remove any language about homosexuality from the Methodist Book of Discipline.

Many Methodists in Kenya said the “One Church Plan” would amount to a repudiation of Bible passages condemning homosexuality. Pastor Anthony Maiga, who oversees Rongai United Methodist Church in Nairobi, believes African Methodist churches are not ready to allow the ordination of LBGTQ clergy.

“We are all aware that homosexuality is a sin and the Bible condemns it,” he said. “We are fighting to defend the Bible and follow Christ’s teachings. There is nowhere in the Bible that encourages the ordination of homosexual clergy.”

“We can allow them to fellowship with us and be part of us,” he said.

Some Methodist churches in Kenya have ties to the Wesleyan Covenant Association (WCA), a conservative Methodist organization that supports the Traditional Plan.

Rev. Kephas Oloo, a United Methodist elder in western Kenya, is already in Missouri, working with the WCA to drum up support for the Traditional Plan.

“Africa is the fruit of mission work,” said Oloo, echoing the words of the South Congo Area Bishop Kasap Owan during the closing worship service of the Wesleyan Covenant Association’s global celebration in Georgia this past November.

“Africa will not walk away from Christ,” he said. “If you bring us another teaching on marriage, our churches will be empty. But if you are faithful to the word of God, the church will grow. Jesus was protected in Africa. Africa will remain the place to protect the Gospel.”

Still, some African church leaders say they want the church to remain united regardless of the outcome of the conference.

The Rev. Patrick Wandera said he is “no fan” of the local option (One Church Plan) recommended by the bishops, which would erase parts of the Book of Discipline and let individual churches decide on weddings and ordinations.

“We believe what Methodists have always believed about marriage,” he said. “We believe this beautiful picture, from beginning of Scripture to end of Scripture, Genesis to Revelation, that marriage is between a man and a woman.”

Others said it was a non-issue.

“There are far more pressing issues than same-sex marriage that the church in Africa needs to address, including corruption, refugees and poverty,” said Rev. Davies Musigo of the Huruma United Methodist Church.

He worries that African Methodists who support the Traditional Plan might lose funding from Methodists in the United States who disagree with their views.

“But what is of concern to us is the attaching of conditions to aid” by donor countries, he said.

“This is a Christian perspective, not an African perspective, because this is a problem all over the world,” he added. “Aid should not be used as a coercive tool to impose any set of values.”

Still, Maiga said the unity of the church was paramount — no matter what happens in St. Louis.

“This issue should not divide the church,” he said, appealing to the delegates. “We are praying that we remain united as one church regardless of the outcome of the special General Conference this February.”

Gad Maiga contributed to this story.