(RNS) — This Ramadan, human rights groups and Muslim organizations are urging U.S. Muslims to boycott products made in China, where authorities have for years cracked down on Muslims fasting.

“People say, ‘Oh, I can’t boycott China, everything is made in China,’” said Hena Zuberi, director of outreach for the nonprofit Justice for All, who helped found the Fast From China campaign this month. “Well, we have the spiritual wherewithal to refrain from eating and drinking during the day in Ramadan. This is a time to control your nafs (self).”

Launched April 19 by the Sound Vision Foundation’s Save Uighur project, the Fast From China initiative aims to get Muslims to rethink their everyday purchasing decisions and replace items bearing a “Made in China” label with products made in other countries.

By setting the stage for more long-term campaigns, Zuberi said, they hope to change both Muslim consumers’ minds and American businesses’ relationship with Chinese manufacturing.

“It’s important for Americans to realize that they benefit from the open market, but they’re not opening their minds towards freedom of religion, human rights and due process of law,” said Imam Abdul Malik Mujahid, head of the Sound Vision Foundation. “Ramadan is a time when people develop a higher level of connection and consciousness. Being hungry reminds us of the bigger picture of humanity.”

As the campaign launched, Al-Furqaan Foundation, a Chicago nonprofit that is one of the largest Western publishers of the Quran, publicly pledged to stop using Chinese facilities to print its products.

This upcoming Ramadan, let's not just fast from food and water, but also products made in China. This will be a big step forward in challenging China's genocide of Uyghurs and other Turkic people. #FastFromChina pic.twitter.com/MzCVVvwo9p

For at least three years, the Chinese government has forced members of the Uighur Muslim minority in the Xinjiang province to skip the obligatory fasting and other religious rituals that mark Islam’s holy month. Reports from Xianjang suggest authorities have forbidden restaurants from closing during the month and banned workers, students and women from fasting and praying. Officials often send out invitations to events with food and drink, and those who do not attend and eat are regarded with suspicion.

In the indoctrination camps, other reports say, detainees have been forced to eat pork and drink alcohol, considered haram, or forbidden, by Muslims.

“When we speak to Uighurs here they tell us they feel Muslims around the world have abandoned them,” Zuberi said. “People are afraid to speak up because of the economic consequences.”

While leaders of Muslim-majority nations have largely been silent on the Uighur persecution, the Fast From China campaign has caught on with U.S. Muslims. 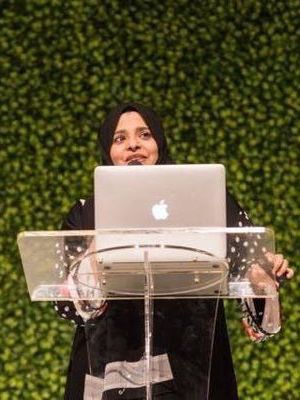 Zuberi compared it to the way that boycotting Israel-made products to protest the treatment of Palestinian people has become mainstream among many U.S. Muslim consumers.

“I won’t purchase something that’s made in Israel because inside, I feel sickened to my stomach,” Zuberi said. “It’s embedded in my mind. We want to put it into Muslims’ consciousness that buying products made in China is contributing to the oppression of our brothers and sisters who have not been able to fast for years, and especially now many are in concentration camps where they’re being force-fed haram food.”

Zuberi added that she will not buy Ramadan decorations and some furniture for her new home until she finds a replacement made in a country other than China.

The Fast From China campaign is an extension of a budding movement in Muslim communities to divest from China. This month, during Ramadan, a coalition of Muslim and human rights groups will launch the I Boycott China campaign. Last summer, Hijabican, an Islamic clothing store based in Charlotte, N.C., pledged to stop manufacturing its products in China.

“We want to support women and Muslim owned businesses especially and support fair labor practices,” Hijabican’s founder, Kawthar Suleiman, wrote on the company’s website. “We could not in good conscience continue (manufacturing in China) after … learning more about the oppression of the Uyghurs under the Chinese government.”

Earlier this year, a group of more than 130 American Muslim leaders and scholars signed an open letter condemning the Chinese government’s continued persecution of Uighurs and urged U.S. consumers to boycott imports produced by the detainees’ forced labor.

The list of signers included prominent Muslim leaders such as Imam Omar Suleiman of the Yaqeen Institute in Texas, Imam Yasir Qadhi of Islamic Seminary of America and Imam Mohamed Magid of the All Dulles Area Muslim Society.