(RNS) — Thirty years ago, Pastor Marvin Winans was singing with three of his brothers in the gospel group The Winans and touring with his musical play, “Don’t Get God Started,” after its Broadway run.

He also started a church. Beginning with just eight members meeting in the basement of his house in the Detroit suburb of Birmingham, Winans became the pastor of Perfecting Church, a Pentecostal congregation that soon became a place where young adults could develop their spiritual lives.

“The church just begin to grow because we would go into the Dairy Queen, wherever we could find young people, and tell them they need to come to church,” he recalled in an interview Tuesday (Oct. 1) with Religion News Service. “And when they came, they stayed and we grew very fast.” 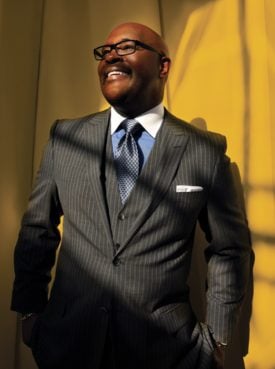 Fast forward three decades and Winans is marking the anniversary of his church, now with 1,800 members in the Motor City, while remaining committed to helping his community through the schools and ministries he has started to help train youth and give women a safe place to live.

To be a Grammy-winning pastor, however, is to live a double life: Though officially retired from singing, Winans still agrees to some requests. Earlier this year, he was featured at the Super Bowl Gospel Celebration and with the Dallas Symphony Orchestra’s “Gospel Goes Classical” concert.

“What stands out to me about Marvin Winans musically is just the beauty and seemingly effortless vocal technique,” said Bil Carpenter, author of “Uncloudy Days: The Gospel Music Encyclopedia,” who said the Detroit senior pastor was the “backbone” of The Winans.

“I have been in events or services where he wasn’t on the program. He was just there. Someone handed him the mic. It was as if he had rehearsed. He picks up on other people’s songs and sings them better than they sing them.”

Winans’ skills as an arranger and conductor have also been on display recently: At the start of the July Democratic presidential candidate debate at Detroit’s Fox Theatre, he directed Perfecting Church singers in his new rendition that combined women singing “America the Beautiful” and men singing “Amazing Grace.”

The choir from Detroit’s Perfecting Church performs a rendition of “America the Beautiful” ahead of the #DemDebate. Watch CNN: https://t.co/UYpqI3w42L

“All I can tell you is, music is what I do,” he said, describing how, while sitting at the piano and going over the voice parts during a rehearsal, a thought came to him: “Wow, this sounds similarly like ‘Amazing Grace’ and we just split it and had that happen.”

Renee Compton, a choir director at Perfecting Church, was among the singers who watched Winans’ creative process in person and rehearsed several times for the two-and-half-minute performance.

“It’s very intense, but it’s also very good ’cause you actually sit there and you learn and you just see the creative genius of it,” said Compton, who helped found Perfecting Church while in her 20s. “The gift that he has to do that is just absolutely incredible, that he’s able to just put all of that together.”

One of 10 children of Delores “Mom” Winans and David “Pop” Winans, Marvin Winans grew up in a household where gospel music was the only genre allowed to be sung or played. Attendance at his great-grandfather’s Church of God in Christ was a regular practice. He served as a young minister at Shalom Temple, a Holiness church in Detroit and continued his connection with the Pentecostal/Holiness tradition when he started his predominantly black congregation.

“We probably had about 13, 15 members, and I’m thinking, ‘Why do we need staff?’” said Flowers, who also was one of the eight founding members. “But Pastor Winans just has always had a much, much, much bigger vision.”

As the church developed, it moved from Winans’ basement to a hotel to rented church buildings, often meeting in the afternoons after their landlords’ services. Meanwhile, Winans expanded the scope of his work in Detroit. He founded the Winans Academy of Performing Arts in 1997 and developed the Rutherford Winans Academy in 2012. The two public charter schools currently have a total enrollment of more than 600 students, Winans said. 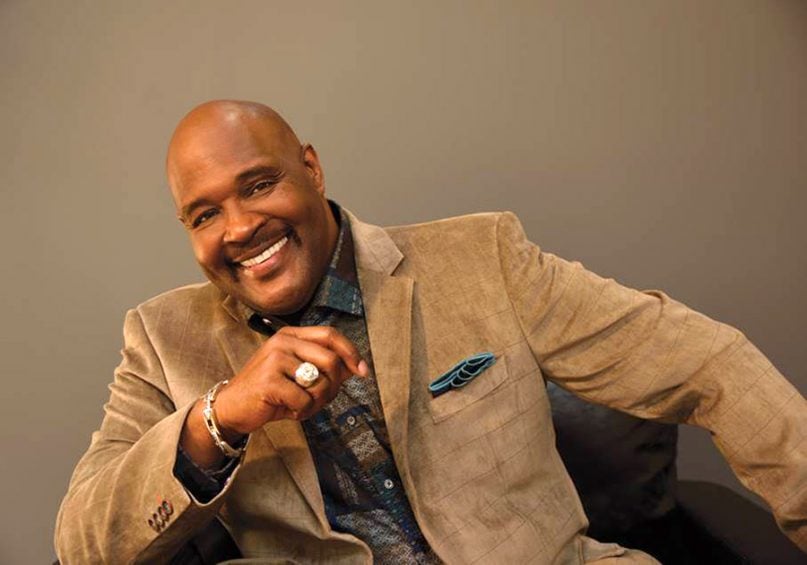 He also started the Amelia Agnes Transitional Home for Women in an upscale Detroit suburb after a woman in his church told Winans she was living with a man who was not her husband but was helping care for her children.

“We don’t believe in folk shacking and living with folk that are not their husband legally or wife legally,” said Winans. “And that struck me, and the Holy Spirit said, ‘You cannot only tell them what to do. You have to offer an alternative.’”

Since the transitional home opened in 2001, it has housed about 50 single women and mothers, some who have been referred from homeless shelters and some who have been in abusive situations. It is named after Winans’ mother and the mother of his ex-wife, Vickie Winans, who had a total of 22 children.

The home’s clients occupy one of five family suites while they pursue employment and education opportunities and gain parenting and financial tips, said VeronCia Compton, executive director of the Perfecting Community Development Corporation, which includes the home among its programs. Some have completed nursing programs and master’s degrees.

In 2017, Winans opened Perfecting Church Toledo, which has more than 150 members at its Ohio location. On Sundays and some weekdays, he travels the hour-and-a-half drive between Toledo and Detroit to preach and meet with members.

Though the Detroit church listed 4,500 members on its website as of this week, Flowers said a recent “reregistration” of its members indicated about 1,800.

“Church is a little different during these times: People say, ‘You’re still my pastor’ but they’re inactive, they’ve moved. They’re out of town,” Winans said, when asked about the recount. “What we want to do is make sure we’re ministering to those who are not just in word saying, ‘I’m a member of the church,’ but are active in the church.”

One former member sued Winans in 2018 after accusing him of unfair labor practices.

Lakaiya Harris, a former housekeeping employee, claimed, among other things, that Winans required her as a member of the church to tithe on her gross earnings. Her suit alleges that when she refused, Winans fired her.

“That couldn’t be further from the truth,” Winans said when asked about Harris’ claims. “That’s being taken up in the court. I’ll leave it at that.”

Winans said the anniversary gala will help raise money for the transitional home as well as for a new edifice that has long been under construction on a 20-acre campus in Detroit. After it opens, he hopes to be consecrated as bishop of Perfecting Fellowship International, a network including more than a dozen churches in the U.S., the U.K. and South Africa.

He said it’s fitting to have Stevenson, a lawyer who works to exonerate wrongly convicted prisoners, as the speaker for his church’s anniversary. Winans said he has visited the museum and lynching memorial Stevenson’s Equal Justice Initiative opened in Montgomery, Alabama, last year. 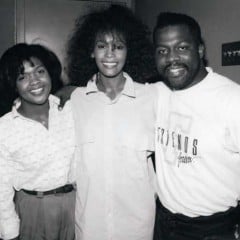 News
5 faith facts about Whitney Houston, set to be inducted in Rock & Roll Hall of Fame 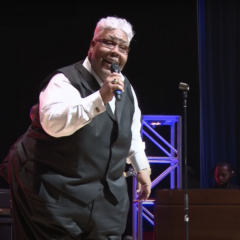 News
Gospel legend Bishop Rance Allen, known for ‘Something About the Name Jesus,’ dies at 71 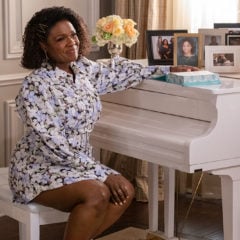