(RNS) — Few Bible scholars would argue that David, the king of Israel, did anything but sin when he had sex with Bathsheba, the wife of one of his soldiers.

But what sin was it?

Last week, Rachael Denhollander, the first athlete to publicly accuse USA Gymnastics physician Larry Nassar of abusing his young patients, called it as she sees it.

“David raped. It’s important we get that right,” she tweeted two days before she appeared as a featured speaker at last week’s Southern Baptist summit on confronting sexual abuse.

Denhollander’s post came in response to a post by Matt Smethurst, managing editor of The Gospel Coalition, a conservative Christian website whose board includes such influential Southern Baptists as R. Albert Mohler Jr. and Russell Moore. 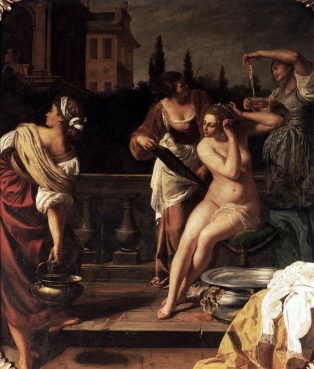 “Bathsheba Bathing” by Artemisia Gentileschi with Viviano Codazzi circa 1650. King David is portrayed watching in the background. Image courtesy of Creative Commons

Smethurst had tweeted a list of biblical heroes and their wrongs to drive home his point, “Jesus redeems.”

Among them, he noted, biblical patriarch Abraham “lied” and David “fornicated.”

As in politics, the entertainment industry, science and elsewhere, the world of Christianity is reassessing how to describe sexual misconduct, with an eye to owning up to the seriousness of abuse that was once dismissed as innocent or covered up to protect the powerful. And that changing awareness is not just affecting how present-day journalists report the news — it goes back to the way scholars and pastors talk about the Bible.

The same week Denhollander tweeted about David, she called out Baptist Press, the Southern Baptist Convention’s news service, for how it referred to a woman’s allegations about a man she said had sexually abused her.

The story, published in March and removed from the service’s website in July, was an example, Denhollander said, of the way Southern Baptist leaders have “trampled on” survivors when they speak up about abuse. 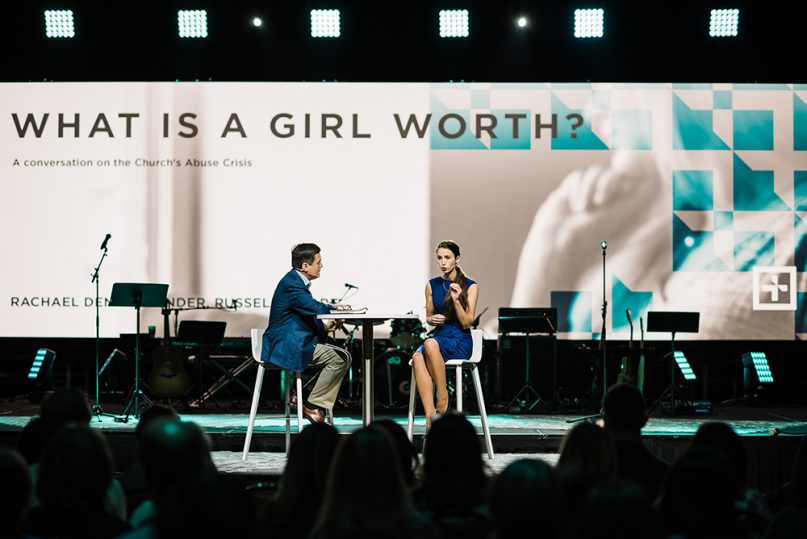 “They used the same language to describe her abuse that is used for consensual affairs and a survivor of horrific predatory abuse, instead of being surrounded with love and care and support, was cast away as someone involved in a consensual affair,” said Denhollander.

Jonathan Howe, vice president for communications for the SBC Executive Committee, later issued a statement about the March 8 story, which detailed the allegations of Jennifer Lyell, a publishing executive at LifeWay Christian Resources, against David Sills, a former professor at Southern Baptist Theological Seminary. 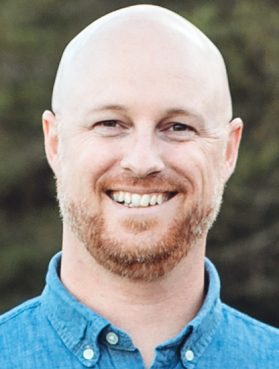 Howe admitted that “the story omitted all references to abuse and a lack of consent to sexual activity, and was framed as a ‘morally inappropriate relationship.’ This led to a general understanding that what happened between Dr. David Sills and Ms. Jennifer Lyell was a consensual affair. As I understand it, that is not accurate.”

Lyell also released a statement Monday (Oct. 7), relating her request to have the article removed and her subsequent discussions with a Baptist Press editor and another Southern Baptist executive about alternatives to its removal, including the placement of an explanatory editorial note. On July 30, staffers at the Executive Committee decided to take the article down, according to Howe.

At the time the story initially ran, Lyell praised some Southern Baptist leaders for responding “swiftly” to her account that she had shared earlier with them, resulting in Sills’ resignations from the seminary and from a trustee role with the Southern Baptist Convention’s International Mission Board.

In Monday’s statement, Lyell, who described herself as “physically deteriorated,” recounted how she had been harassed after the publication of the article.

Dave Miller, editor of the independent blog SBC  Voices, recalled in a Saturday blog post conversations he had with “many people who spoke ill of Jennifer” and urged fresh consideration of her situation.

“I hope you will accept the truth,” wrote Miller, an Iowa pastor and blogger who was president of the 2017 SBC Pastors’ Conference. “She did NOT have a consensual relationship with David Sills. She was a victim of his evil predatory acts. If you spoke ill of her, I hope you will realize your mistake.”

The Evangelical Press Association, of which Baptist Press is a member, does not have a policy on how to handle language regarding abuse claims, said Lamar Keener, its executive director. His organization, he noted, included a session on “Sexual Harassment: Defining and Responding as Christians and Journalists” at its 2018 national convention.

“But at the member level, it’s up to them to decide what their policy is going to be,” he said.

In his statement, Howe said: “As the official news service for the Southern Baptist Convention, Baptist Press should be known for integrity, truth, and accuracy. Ensuring that is my top priority.” He acknowledged to Religion News Service that Baptist Press does not have a policy about how to handle language related to abuse but said it is developing one.

“I do think that in many instances using a catchall term like ‘moral failure’ does not convey the gravity of many of those situations,” Howe said in an interview. 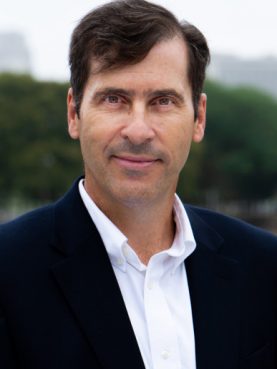 And that can have repercussions for those in the pews who have been sexually abused, according to David T. Lamb, professor of Old Testament at Mission Seminary in Philadelphia and author of “Prostitutes and Polygamists: A Look at Love, Old Testament Style.”

“When we give people like David or Abraham the benefit of the doubt, we are essentially blaming the victim, which I think makes coming to church for people who have been victimized a scary place to go,” said Lamb, who wrote a 2015 piece for Christianity Today titled “David Was a Rapist, Abraham Was a Sex Trafficker.”

There are commentaries — some published not that long ago — that refer to David’s “adultery” with Bathsheba, Lamb said. But he believes the biblical text makes clear Bathsheba did not give consent to the king or have a choice: “The thing David had done displeased the Lord,” says 2 Samuel 11:27, not “the thing David and Bathsheba had done.”

“By not calling it ‘rape,’ but ‘adultery,’ we are ignoring perhaps one of the clearest examples of sexual abuse in the Bible,” he said.

Some sermons about David skip over the story of Bathsheba entirely, Lamb added.

And “by ignoring the story, we’re saying these stories don’t count, or people that have been victimized, people who are sexual victims, don’t have a place here, or we don’t care about your story, or your story is not as important,” he said.

“In contrast, look at what does Jesus do? I mean, Jesus is always honoring the women or the victims.”

The Bible doesn’t shy away from uncomfortable stories, Lamb said.

In fact, sexual violence is a “pervasive undercurrent” in the text, said the Rev. Wil Gafney, a professor of Hebrew Bible at Brite Divinity School in Fort Worth, Texas, who has written extensively about the topic in her book “Womanist Midrash: A Reintroduction to the Women of the Torah and the Throne” and elsewhere. 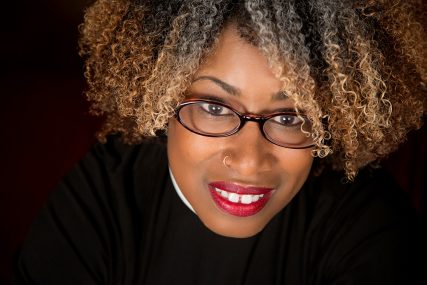 But Christians often avoid the language or topic of sexual violence, Gafney said.

The professor points to “quasi-Puritanical values” that exclude discussions of rape and incest from polite conversation. Congregations don’t always want to hear about those topics, she said, and many clergy feel unprepared to address them, though she sees that changing as more women enter ministry.

“In terms of the biblical narratives, people have a hard time ascribing such reprehensible behavior to persons/characters/saints constructed as stalwarts of the faith,” she said in an email.

But it’s important to be honest about the complexity and ugliness of many stories in the Bible, Gafney insisted.

They reflect the complexity and ugliness of the world today, she said. They also force Christian readers to reckon with questions like whose physical and sexual abuse society still tolerates.

“It’s important for congregants and students to know these stories exist and reflect the same world they inhabit, that sexual violence endures, and all our societies wrestle with it and, scripture has something to say about it, even when it doesn’t reflect our values,” she said. 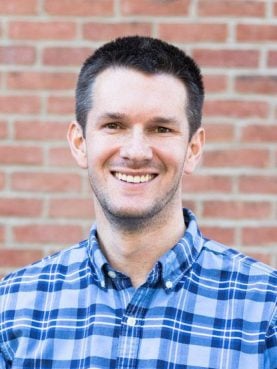 The Gospel Coalition’s Smethurst said he appreciates the responses to his tweet — even if he was dismayed by some of the “vitriol” he encountered from others who identified as Christians.

“Language matters, so I don’t begrudge the pushback at all. I’m even grateful for the ‘controversy’ insofar as it has driven people to revisit the Word of God, and this story in particular, in a more careful way,” he said in a written statement to RNS.

In addition to Denhollander’s response clarifying that David didn’t just fornicate, but rape, Smethurst said he has heard from some who said David’s “specific sin” was irrelevant. What mattered, those commenters said, was that God forgave him.

“Such thinking, while perhaps well-intentioned, is dangerous and wrong,” he said. “We serve a God of truth, so it is always important to rightly name sin.”