(RNS) — A Southern Baptist publishing executive recently revealed that she was a victim of alleged abuse for more than a decade from another Baptist leader.

In an online statement posted Friday (March 8), Jennifer Lyell, director of the books ministry at LifeWay Christian Resources, alleged that she was the victim of a now-resigned professor at the flagship seminary of the nation’s largest Protestant denomination.

The alleged sexual misconduct and abuse of power started during a mission trip when Lyell was a seminary student and continued for years. She said that she feared coming forward out of concern that revealing what happened would cause “collateral damage.”

“That collateral damage was the reason that the abuse had continued for so long,” she wrote. “The reason that a professor was able to continue grooming and taking advantage of his student was because I became like part of his family.” 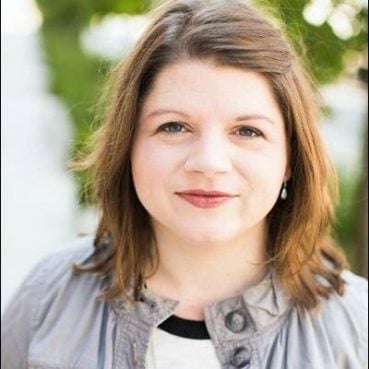 After coming forward last year to her boss and the president of Southern Baptist Theological Seminary in Louisville, Ky., she said, both took swift action to address her allegations and to provide care for her. Her alleged abuser resigned from the seminary as well as from a nonprofit ministry he had founded and from a trustee role with the Southern Baptist Convention’s International Mission Board.

Lyell said she experienced “the best of what advocates of sexual abuse response reform are calling for in the Southern Baptist Convention.” Still, she said that churches need to do more to address abuse.

Lyell discussed the issue in a recent podcast released by another SBC agency, saying she thinks there are key factors churches should understand about sex abuse.

“I’m going to say two things that the church needs to realize and understand and that is, first of all, that sexual abuse does not only happen to children,” she told Trillia Newbell, host of the “Better Together” podcast produced by the Ethics and Religious Liberty Commission. “And second, is that sexual assault is not only rape.”

As the SBC confronts allegations of sexual abuse and misconduct in its ranks, leaders of some of its affiliated organizations as well as other denominations are seeking to educate clergy and other staffers about appropriate boundaries as they relate to adults in their congregations, classrooms and counseling sessions.

Southern Baptist Theological Seminary President R. Albert Mohler Jr. confirmed that Lyell spoke to him in May 2018 about her allegations of inappropriate sexual contact and abuse of power in a relationship with David Sills, then-professor of missions and cultural anthropology. Mohler also affirmed Lyell for being “right and courageous” in speaking up about the “heartbreaking situation” and making him aware of it.

“We followed the best procedures available and responded to Jennifer by arranging a conversation with the professor at the earliest opportunity,” Mohler told Religion News Service on Tuesday. “He was out of the country so within hours of his return we had a face-to-face conversation and as a result of that conversation he was no longer on the faculty of the Southern Baptist Theological Seminary.”

The lead and executive pastors of a Louisville church where Sills was a member told RNS that Sills also is no longer affiliated with it.

“Although he was not on church staff, upon hearing of these allegations concerning David Sills, our church acted swiftly by publicly condemning his behavior and by removing him from any position of service,” said Bill Cook and Jeff Elieff. “He is no longer a member of Ninth and O Baptist Church.”

Sills also resigned last year as president of Reaching and Teaching International Ministries, a Louisville-based missions group he had founded. Attempts by RNS to reach Sills were unsuccessful.

Asked if he thought Sills should be a professor elsewhere or otherwise involved in ministry, Mohler said: “I would say that the behavior indicated in this charge is clearly incompatible with Christian ministry.”

Mohler said his institution has “extremely clear policies” about boundaries between faculty and seminarians.

“The secular world looks at negotiating all the boundaries,” he said. “Our boundaries are that we uphold a biblical standard of sexual morality, a biblical definition of marriage, and we do not allow for any kind of romantic, much less sexual, relationship between faculty and students, period.”

Mohler said that perspective is taught in classes on ethics and pastoral practice, and students and faculty are trained on how to prevent and respond to sex abuse allegations. Late last year, the seminary appointed its first “women’s support coordinator” to receive complaints about sexual harassment or other misconduct.

Some faith groups have specific policies that ban sexual or romantic relationships between clergy and congregation members as an abuse of power. Others do not address the topic, experts say. 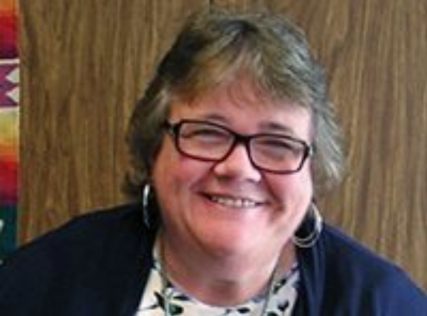 Margo M.R. Stone, executive director of the Midwest Ministry Development Service near Chicago, said the Catholic Church and major Protestant denominations have policies about sexual misconduct that can be adapted by regional organizations such as dioceses, presbyteries and synods. Most also require periodic attendance at a “boundaries workshop.”

But autonomous and nondenominational congregations may or may not have them. And rules about consensual relationships also will vary.

“The point that we make in talking with pastors and denominations is that once a personal relationship begins, the pastoral relationship is lost, i.e., one cannot pastor and date the same person,” said Stone, a clinical psychologist whose office is part of the Ministry Development Network that serves churches from the Rocky Mountains to West Virginia.

“It behooves the pastor to ensure that the member’s spiritual needs are met through another pastor or group,” said Stone, whose organization often works with pastors who are being disciplined for misconduct.

Stone said ministers always need to be aware that “there is an inherent power differential between pastor and parishioner” and it’s their responsibility to not abuse that power.

Thomas Plante, an expert on clergy sex offenders, said review boards addressing Catholic sex abuse policies have concentrated on children and “vulnerable adults,” such as the elderly and people with cognitive disabilities. But that has changed in the wake of charges against now-defrocked Cardinal Theodore McCarrick, whom Vatican officials found guilty of sexual crimes against adults as well as minors.

“That’s kind of exploded, I think, in the past six months,” said Plante, a former vice chair of the U.S. Catholic bishops’ national review board. “Now we’re saying: What about all adults where you have any kind of power or control or authority?” 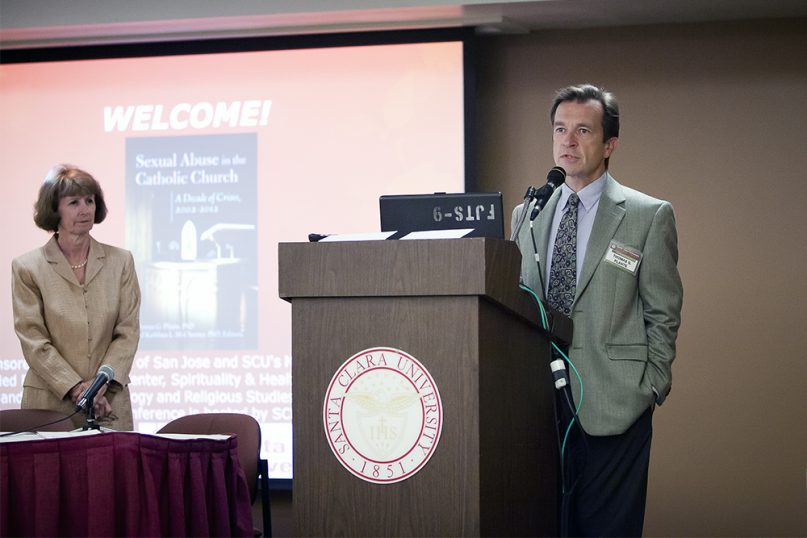 But the Santa Clara University psychology professor said even as boundary issues related to adults are given more attention, there can be particular dilemmas for clergy that professionals like psychologists and psychiatrists do not often face.

“The clerics are out there in the real world with real people and they’re at the bedside, they’re having dinner at their homes, they’re visiting them in jail or in hospitals,” said Plante, past president of the American Psychological Association’s Society for the Psychology of Religion and Spirituality.

“It’s a balancing act because on one hand you want people to be able to do ministry, but you want to make sure they do it in such a way that they avoid potential exploitative dual relationships.”

The board of directors of the National Association of Evangelicals adopted a resolution at its March 7 meeting saying it “laments the tragic violation of trust by ministers of the gospel who have sexually abused church members, and particularly children.”

The organization reiterated its pastoral code of ethics and called for investigations “without defensiveness,” “decisive disciplinary action” for corroborated violations and support for those affected by abuse.

The NAE also hailed those who speak up about sexual abuse.

“Whistleblowers who bring these violations to light perform an important service to the church and to our society,” it said.

“Many evangelical churches and ministries already have systems in place addressing sexual misconduct and abuse,” NAE President Leith Anderson said in a Tuesday statement, “but this resolution reminds us to do all we can to prevent these horrors and to protect and support victims.”

Lyell declined an interview with RNS. But she said in an email message that she was 26 when Sills first abused her and 38 when the relationship and the alleged abuse ended. In her statement, she said more adults need to have their voices heard.

“There are plenty of reasons to stay silent in a situation such as this,” said Lyell, now 41. “But we must not be silent. We must clearly tell the truth so that our churches and ministries are safe and as pure as they can be.”