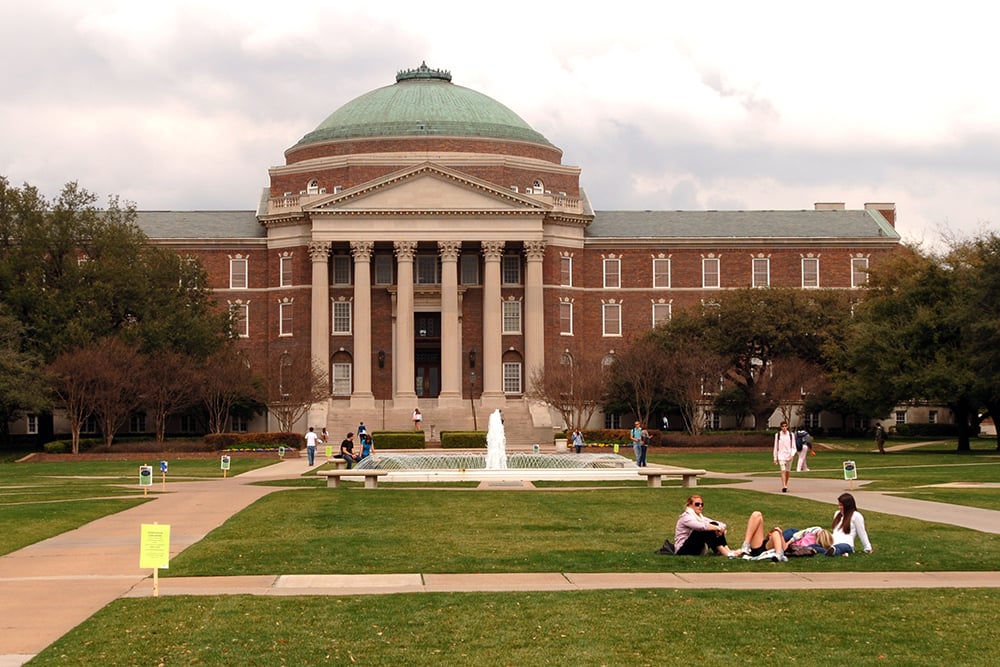 (RNS) — Southern Methodist University is being sued over a recent move to sever control of the school from the United Methodist Church.

The move is part of the latest fallout over the global denomination's decision earlier this year to strengthen language in its rulebook barring LGBTQ members from marriage and ordination.

Afterward, SMU President R. Gerald Turner issued a statement saying the school appreciated its Methodist roots and clarifying its day-to-day operations were not under church control.

And more recently, trustees of the Texas university changed its articles of incorporation last month to “make it clear that SMU is solely maintained and controlled by its board of trustees as the ultimate authority for the university,” according to a written statement the university provided to Religion News Service.

That meant deleting a phrase saying the school was “forever owned, maintained and controlled by the South Central Jurisdictional Conference of The United Methodist Church,” according to a report by the United Methodist News Service.

The jurisdiction responded earlier this week with a Dallas County civil lawsuit.

The suit describes the jurisdiction as “the founder, owner, controller and manager of SMU," saying it founded SMU in 1911 with a gift of 133 acres of land that now make up its main campus in Dallas. It calls the change to the articles of incorporation "unauthorized" and in "violation of SCJC’s rights and interests in relationship between SMU and SCJC that has existed for more than a century," because it claims the school's governing documents give the jurisdiction the right to authorize and approve any amendment before it is made.

"I believe the jurisdictional conference desires to be in relationship with SMU, which they hold in high esteem, and think that any conversation around the nature and the future of its relationship should be done through prayer, dialogue and discernment — and that didn't happen in this case," Jenne said.

SMU was notified of the lawsuit late Wednesday (Dec. 4), according to the statement from the school.

“SMU cherishes our history with the Church, and we are committed to maintaining close connections with the Church and its successors,” the statement said.

“With Methodist in our name, the Perkins School of Theology as a resource and assurance of Methodist representation on the Board of Trustees, the Church will continue to have important influence in the governance of SMU.”

SMU's change to its articles of incorporation came “in response to the debate regarding the future organizational structure of the Church,” according to its statement.

In recent months, several plans have been floated to divvy up the United Methodist Church’s churches and agencies amid decades-long disagreement within the denomination over LGBTQ inclusion. Those plans likely will be considered at the next regular meeting of the United Methodist General Conference in May in Minneapolis.

That comes after a special session of the General Conference, the denomination’s global decision-making body, approved the conservative Traditional Plan in February in St. Louis. That plan bars bishops from consecrating, ordaining or commissioning who it calls “self-avowed practicing homosexuals” and strengthens current complaint procedures and penalties for clergy who perform same-sex weddings.

Centrists and progressives in the church have rejected and resisted the plan, which takes effect Jan. 1.

The United Methodist Church is the second-largest Protestant Christian denomination in the United States.

SMU is a private, nonsectarian university of about 6,500 undergraduate students that houses the George W. Bush Presidential Library in Dallas. Though it was founded by predecessors to the United Methodist Church, only about 14% of its students now identify as Methodist, according to its website.