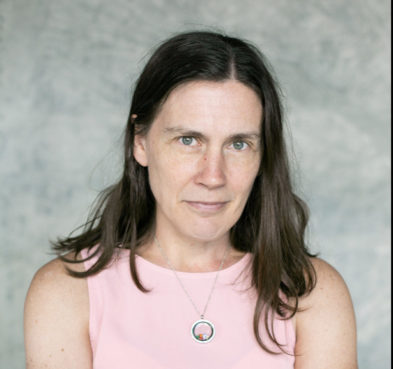 When mid-March hit and people were going crazy trying to buy everything they’d need for the pandemic, I admit that all I felt was confusion. I wasn’t worried about running out of food, even though grocery stores had begun to run out of certain items. Or even toilet paper. And even though I’m not attending the Church of Jesus Christ of Latter-day Saints anymore and I have a lot of criticisms of both its doctrine and its leadership, I had a moment of real gratitude that I’d been raised to have a year’s supply of food.

More than that, I was grateful that Mormonism had taught me a deep resilience in the face of difficult life challenges—such that I never felt a moment of panic even while other people around me seemed to have a very different experience (including other Mormons, since I live in Utah).

I spent four summers during my children’s formative years “practicing the apocalypse” by actually living on our food storage. Somewhere in my files, I even have the manuscript for a book I wrote that walked readers through how to plan out recipes only using food storage items for three meals a day, thirty days in a row, including desserts that your kids won’t complain about. (To be fair, my kids did complain plenty, though less about the food than about the annoyance of not having the things they wanted to eat.)

For one thing, I highly recommend keeping treats on hand. For us, that was a lot of sugar, molasses and especially chocolate chips, which I could add to cookies, but also banana bread, waffles, or melt to put into brownies or make into fudge. (This part of me is still very Mormon.)

Another handy thing was to have shelf-stable milk (or soy milk) that I bought in bulk at Costco. Shelf-stable heavy cream was also handy to have in the basement for making whipped cream. I can’t recommend dried eggs, but chocolate pudding mix is great, as are Jell-O and boxed cake mixes. I learned how to bake almost anything without eggs—just add a quarter cup of water and one teaspoon of baking powder. Also, I have a great recipe to use oil (and salt) in cookies, so I didn’t miss the butter when it ran out. A good wheat grinder and a good kitchen mixer are important in this situation (we have a hand-grinder and a hand-crank radio, as well). An example of Mormon food storage, 2020. 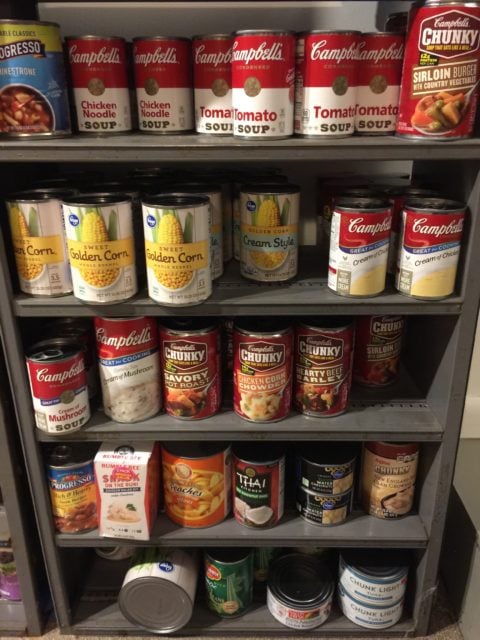 I learned to love beans during this time period. I know how to cook with dry beans, which is pretty easy—put in salt and lots of water. I found out that I love homemade beans and am a bit snobbish about canned beans.

I also know how to bake with wheat from our fifty-pound buckets we have stacked in the basement. I used to be the kind of Mormon who sniffed at other people saying they had their “food storage” when they had wheat, salt, oil, and sugar for a year. That was because in addition to those basic staples I had pasta, canned and freeze-dried vegetables and fruits, mixes, Spaghettios, Ramen, and just about everything that I could imagine wanting to eat for a year.

I’m not great at sewing clothes, but I can mend well. My mother taught me these skills, even though she also told me not to sew on Sunday because if I did, I’d have to unpick every stitch with my nose in heaven as penance. One problem emerged during our practice apocalypse when my oldest son grew (literally) three sizes in a month, so I had to break down and buy him new shoes online. I wouldn’t go to the store because I reasoned that those wouldn’t be open during the apocalypse.

I’ve got a lot of toilet paper, cleaning supplies, and even some home improvement projects I haven’t gotten to yet in storage. Also, for many years, I kept boxes of clothes that my older kids had outgrown while I waited for the younger kids to grow into them. Those boxes are now gone, since all the kids are grown. What I have not let go of are the thousands of children’s books that I thought would be great at keeping my kids occupied during the apocalypse. (I admit, the recent earthquake in Utah made me nervous about all those shelves of books, but only one fell off, so we’re OK for now.)

But mostly, I think what growing up Mormon (and in my family) taught me was that I could figure out how to do anything. Maybe not well, but well enough in a pinch.

For example, my father hired me and my husband to put in the cement stairs in his basement apartment after grad school. We figured it out. I know how to paint and I once figured out how to rewire and install a new thermostat. (For what it’s worth, I don’t recommend installing your own garage door spring because I ended up in the hospital after that.)

And yes, Mormonism even taught me that if there’s nothing else to do, we can sit down and write our own stories, make our own road shows, write our own music, and praise God as we walk across the plains.

We can do hard things. And we can do them feeling a communal purpose and even the glory of God while we do them. I guess there were worse things than growing up Mormon, after all.

Author of bestselling memoir “Educated” comes to terms with Mormon childhood (May 21, 2018)