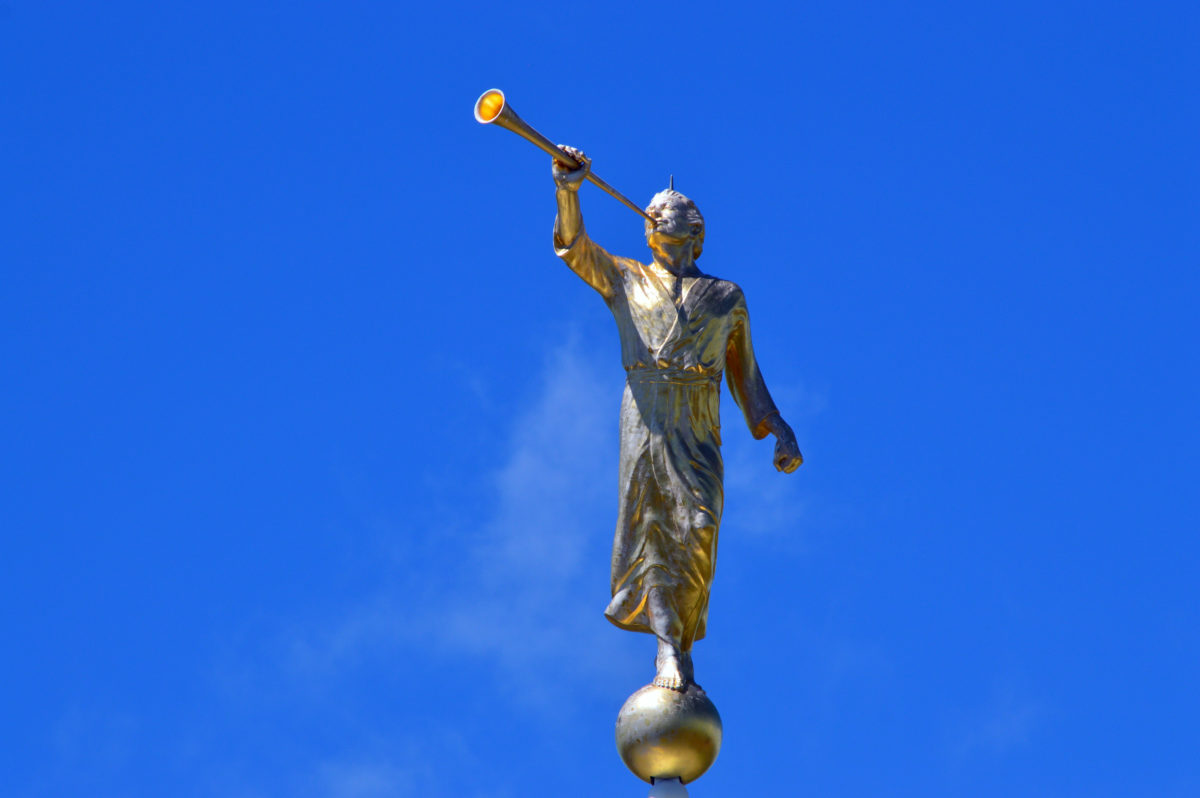 I regularly get messages from orthodox Latter-day Saint readers who take me to task for continuing to use the word “Mormon” in my writing. I’ve discovered that it’s not particularly helpful for me to explain (though I have certainly tried) that a national media outlet that covers all religions, not just one, will continue to use the established terminology that readers already know and expect. It’s the terminology that the church itself pushed pretty heavily until less than two years ago, and language does not change overnight.

This means RNS will continue to refer to adherents as “Mormons” as well as “Latter-day Saints” when we need to, though we use the full name of the church or “LDS Church” rather than “Mormon Church,” in keeping with the church’s longstanding request.

The über-orthodox do not hear this argument, because to them, all that should matter to everyone in the world, Mormon and non-Mormon alike, is that a prophet has spoken.

I usually don’t pay much attention to these messages, as they are generally predictable and exist primarily to signal the sender’s own virtue. But one such note caught my attention earlier this month. I had just written about white privilege and what I felt was the inadequacy of the Church’s recent official why-can’t-we-all-just-get-along statement.

One reader objected – not only to the content of the column, and to the fact that I had obliquely criticized the prophet, but to the choice I had made in calling it Mormon white privilege.

Following this argument to its logical conclusion, what this reader was calling me to task for was not throwing Jesus Christ under the bus, for not baptizing our church’s past and present racism with Jesus’s name. “Church of Jesus Christ white privilege” would apparently be the approved terminology.

What a stark, sad reminder of our tendency toward idolatry. We are happy to cloak even our own racism in the name of Jesus Christ.

Idolatry is a strong word, so let me explain. An idol is anything we worship instead of God. It’s substituting something in God’s place. The reformer John Calvin taught that the hearts of human beings are perpetual idol factories, churning out objects that we adore, defend, and believe necessary for our survival.

In Sunday School lessons at church, if we talk about idolatry, the expected answers to the question of “what are our idols today?” are things like celebrities, money, power and sex. And we would be half-right to list those things, because they do become idols for some of us. They’re powerful totems in our world.

But those are the easy parts of the story, the low-hanging fruit we name to avoid looking inward. The most enduring idols are good things. That’s why they’re so hard for us to see.

And in Mormon culture, the most powerful and consistent idol is the church itself.

It’s the thing we believe we cannot live without, the object we feel it is our duty to defend, the machine that demands our regular sacrifices in order to keep it happy.

These are harsh words, and the culture of church-olatry is so deep and pervasive that many people will be offended to hear them.

I’m sorry. I wish I could soften this. All I can say is that it is possible to be a happy and faithful member of the Church of Jesus Christ of Latter-day Saints without reducing it to a fragile idol, poised on the verge of destruction if we regard the church as a means of transport rather than the destination itself.

Idols are fragile. The people of God should not be. What I sense above all from the people who are upset when writers still use the word “Mormon” is that they are terrified that their cherished idol may turn out to be irrelevant. They want the world at large to adopt the church’s new lingua franca because it confirms their own idolatry about the church’s significance.

This is a pleasant idolatry, as idolatries go, but we need to recognize it for what it is. And it’s everywhere in the culture of the church. Each day I open up my email to see the cheery headlines about Mormonism in a faithful publication I subscribe to. One of the recurring themes is “the outside world is validating us!” Whether it’s a famous athlete accepting a copy of the Book of Mormon or a general authority having a photo op with a world leader, we are anxious to affirm our own importance.

For a religion that often decries the lures of “the world,” we sure seem to have a deep need for that world’s perpetual validation. The idol needs feeding.

There is more to the gospel than this. The Church of Jesus Christ of Latter-day Saints diminishes its role in the kingdom when it focuses overly much on how it is perceived by others. We have important spiritual work to do; there is suffering all about. Let’s stop worrying so excessively about what other people think about us, and focus instead on blessing the world. Whether we do this as Mormons or Latter-day Saints or something else is not the point.

Why journalists will keep using the word “Mormon” (March 2019)