LOS ANGELES (RNS) — The same state social-distancing measures that have ensnarled Rev. John MacArthur in legal proceedings for his refusal to close his church have now delayed a reckoning for the Sun Valley, California, pastor, as a Los Angeles County Superior Court judge on Thursday (Sept. 24) scheduled a hearing until mid-November.

County officials, in a statement, said the decision was due to the current COVID-19 restrictions.

Los Angeles County representatives requested a hearing for civil contempt against MacArthur, who has continued to hold services at his Grace Community Church despite a ban on large gatherings issued by Gov. Gavin Newsom that includes services in houses of worship.

County officials said the court can’t “adjudicate this issue now because of court rules prohibiting people from being present in the courtroom to combat the spread of the virus.”

Attorneys for MacArthur see the delay as a victory, but county officials say the church “has not been exonerated for its violations.”

RELATED: John MacArthur claimed there is ‘no pandemic.’ He was politicizing science, experts say.

“This ruling prevents Los Angeles County’s attempted rush to judgement in its continued prosecution of Pastor John MacArthur and Grace Community Church for courageously exercising their First Amendment rights,” said Charles LiMandri, special counsel for the Thomas More Society, in a statement. The More Society, based in Chicago, is a “national interest, non-profit law firm,” according to its website, with a focus on anti-abortion and religious liberty cases.

The judge’s ruling, LiMandri said, “reflects that he appreciates the importance of the constitutionally protected rights at issue in this case.” 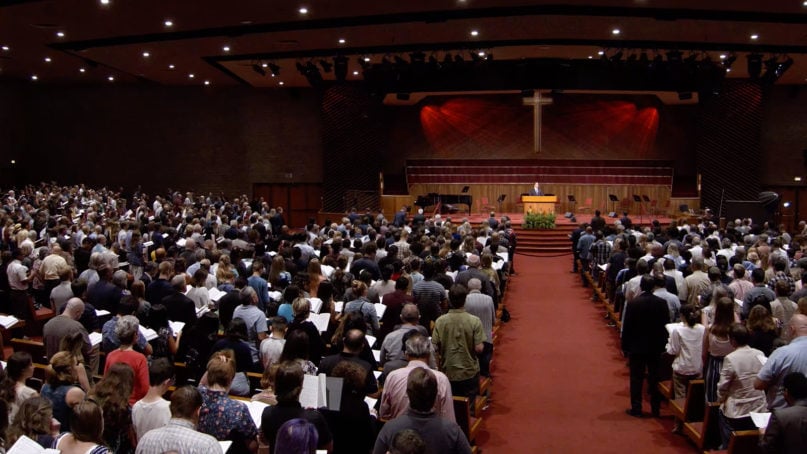 A hearing was set for Nov. 13, in which the court, the county said, “is likely” to schedule a date to rule on MacArthur’s contempt.

A Los Angeles Superior Court judge on Sept. 10 granted a preliminary injunction against Grace Community Church, prohibiting MacArthur from holding indoor worship services. MacArthur, however, has continued to hold in-person services with congregants singing and sitting next to each other without masks.

The county said Grace Community Church is not only violating the county’s public health order, but also the court’s preliminary injunction.

“These types of large gatherings (especially indoors) jeopardize the County’s efforts to control spread of the virus and keep people safe,” the county said. “Parties cannot violate court orders with which they don’t agree.”

Meanwhile, MacArthur in a statement said, “We are holding church.

“The Lord Jesus requires us to meet together and we will continue to do that because we are commanded to and because it is our right.”