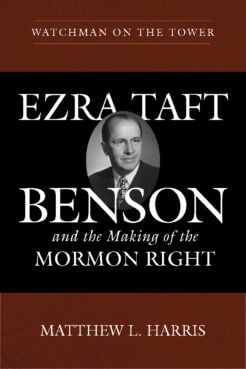 (RNS) — On Wednesday night (Oct. 7), Vice President Mike Pence and Sen. Kamala Harris will take the stage in Salt Lake City for the 2020 vice presidential debate. The event’s location in a reliably Republican state gives Pence a bit of a home court advantage, if the Trump-Pence signs that lined the streets as his motorcade coursed through town Monday are any indication.

In an election cycle in which President Donald Trump is chronically behind in the polls nationally, it’s still highly likely that Utah will deliver for the Trump-Pence ticket. The state isn’t supporting Trump to nearly the degree that it embraced previous GOP presidential candidates John McCain (’08) or Mitt Romney (’12), but voters still favor the president by 10 points in a recent poll.

Utah hasn’t voted for a Democrat since Lyndon B. Johnson in 1964. What explains more than a half-century of ruby-red Republicanism in this Mormon-dominated state? How did Latter-day Saints become so Republican in the first place?

Some answers are contained in a new political biography of former LDS prophet Ezra Taft Benson, who played a significant role in swinging the church to the right politically. In “Watchman on the Tower: Ezra Taft Benson and the Making of the Mormon Right,” Matthew Harris, a professor of history at Colorado State University in Pueblo, sheds light on Benson’s lasting influence. This interview has been edited.

What was Mormon party affiliation like before Benson and World War II?

Utahns were fiercely independent. They voted for Franklin Delano Roosevelt four times during the Great Depression and the war, even when church leaders counseled not to. They also voted for Harry Truman in 1948.

With FDR, 70% of Utahns voted for him, versus the national average of 60%. Also, during the Great Depression, Utahns received $5 of federal assistance per capita, while most Americans received $1.87. So even though Utahns had been warned that welfare was a danger to their souls, they were dependent on it for their livelihoods in the 1930s and 1940s.

In the 1950s, Utah went for the Republican, Eisenhower. How much was Benson responsible for the shift?

A lot, no question. Benson was the first apostle to serve in a presidential Cabinet. And Ike was a moderate, as were most Mormons. 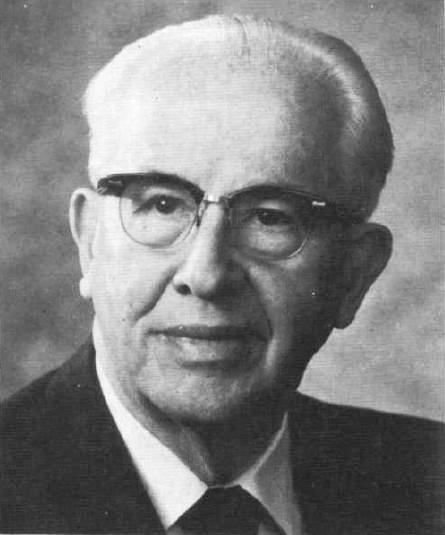 After that, Utahns are consistently Republican. They loved Ronald Reagan, as did Benson.

Where did Benson’s conservative politics come from?

The book is about how Benson became a conspiracist, and how his conspiracies affect the church today — the preppers, the Bundys. But I make careful distinctions between being a conservative and a conspiracist. The Brethren during Benson’s era were conservative, but were not conspiracists. That’s an important distinction to make.

Benson grew up on a farm in Whitney, Idaho, and certainly had conservative values. He got involved in farm cooperatives in the 1930s, where folks would pool their resources to market their crops. Because of his success with that, he got a state position and then a national one with the farm cooperatives.

It was when he was in Washington administering FDR’s New Deal farm policies that Benson saw the New Deal firsthand. He hated it. He saw FDR creating a modern welfare state, which troubled him.

There are three moments that shaped him. The first is when the Brethren called him to go on a humanitarian mission to Europe just after World War II. He saw the carnage of the war — burned-out buildings, shattered roads — and blamed it on totalitarian regimes. He became extremely worried about the United States and totalitarian regimes.

The second significant point is that when Benson served as the secretary of agriculture, he solidified his relationship with Cleon Skousen. Skousen wrote a bestselling book called “The Naked Communist” when Benson was in the Cabinet, and this book about communist conspiracies had a profound influence on Benson. Benson also idolized J. Reuben Clark, an influential member of the LDS First Presidency, who was a conspiracist too.

Those two men, along with J. Edgar Hoover, prompted Benson to see the government as having been infiltrated by communist sympathizers. The context for this is McCarthyism, the Red Scare.

The third major influence is the John Birch Society, the most extreme anti-communist organization in the U.S. Robert Welch, the founder, wrote a controversial book called “The Politician,” in which he claimed Eisenhower’s inner circle were all communists, including Eisenhower himself, a five-star general.

And Benson was himself a church apostle by this time, preaching this? 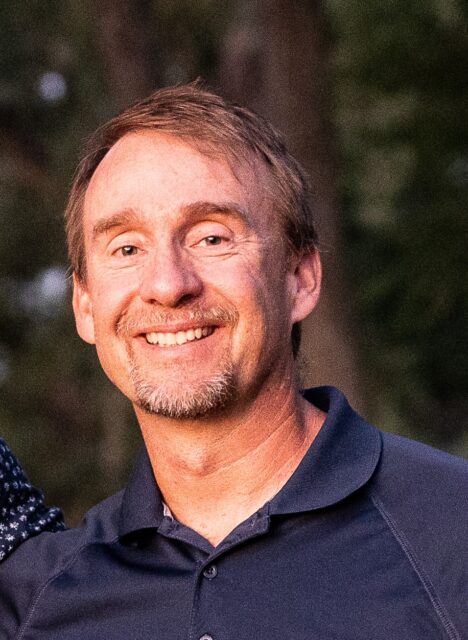 By December of 1961, Benson gave his first General Conference talk on the Book of Mormon in which he infused his conspiracy theories with sacred Scripture. So throughout his ministry, he discussed Gadianton Robbers and secret combinations as a way to alarm Latter-day Saints about the dangers of big government.

Benson tried to align the church with the John Birch Society, but the Brethren pushed back. They rebuked him on at least four different occasions. At one point, Benson and Cleon Skousen used LDS meetinghouses for John Birch Society recruitment meetings, and President David O. McKay rebuked them.

Also in the 1960s, Benson informed Latter-day Saints that they could not be a good Mormon and a good Democrat; the two were incompatible. He thought that Democrats and socialists and big government supporters would take away people’s free agency and make them beholden to government welfare programs, robbing them of their dignity and self-worth.

What happened when Benson became the church president in 1985?

The church welfare handbook was rewritten in 1990, when Benson was in frail health. Under Hinckley’s direction, it was now permissible to receive government assistance. That’s huge. Also, in the early 1990s the church excommunicated radical extremists and survivalists and warned against joining the John Birch Society. The last third of my book talks about the radical extremists: Julie Rowe, Tara Westover’s parents, they’re all Birch devotees. The man who kidnapped Elizabeth Smart, Brian David Mitchell, was also one of Benson’s followers. Also Glenn Beck. There’s a whole bunch of them.

What about Latter-day Saints and politics today?

Even today, they are extremely squeamish about the Democratic Party. When Hinckley became the prophet he tried to modernize the church after years of right-wing extremism. He asked Marlin Jensen, a lower-level general authority, to interview with the Salt Lake Tribune in 1998. Hinckley wanted Jensen, a Democratic general authority, to go on the record and say you can be a Democrat and a faithful Latter-day Saint.

That was the strategy, the purpose. But it didn’t work. Mormons are still heavily Republican today. Whatever else Jensen said, it just didn’t connect with his readers.