(RNS) — Politics is such a dirty word in America these days that you may think it’s beyond prayer. True, almost every politician says pious things about God and prayer, but can prayer actually help politics become less partisan and more beneficial to the common good?

The Jesuit Conference of Canada and the United States thinks so, and has produced a 17-page guide (available free at Jesuits.org) to show the way.

Jesuits have a long history of encouraging people to practice prayerful discernment to find God’s will for themselves, which goes back to their founder, St. Ignatius Loyola, who developed his “Spiritual Exercises” for that purpose.

The pamphlet, “Contemplation and Political Action: An Ignatian Guide to Civic Engagement,” doesn’t tell people how to vote. Rather, it “is a reflection on how our faith and Ignatian values might guide our pursuit of the common good in the public square.” It raises questions and helps people find their own answers.

The document begins by rejecting the view that politics is dirty.

Politics is the way “local, national and even global communities come together to make decisions about their shared life.” Quoting Pope Francis, it affirms that politics “is one of the highest forms of charity, because it serves the common good.”

Charity is practiced not simply through private action. Civic participation is another “powerful way we can work to uphold Christ’s Gospel mandate to feed the hungry, give drink to the thirsty, welcome the stranger, clothe the naked and care for the ill and imprisoned with compassion.” 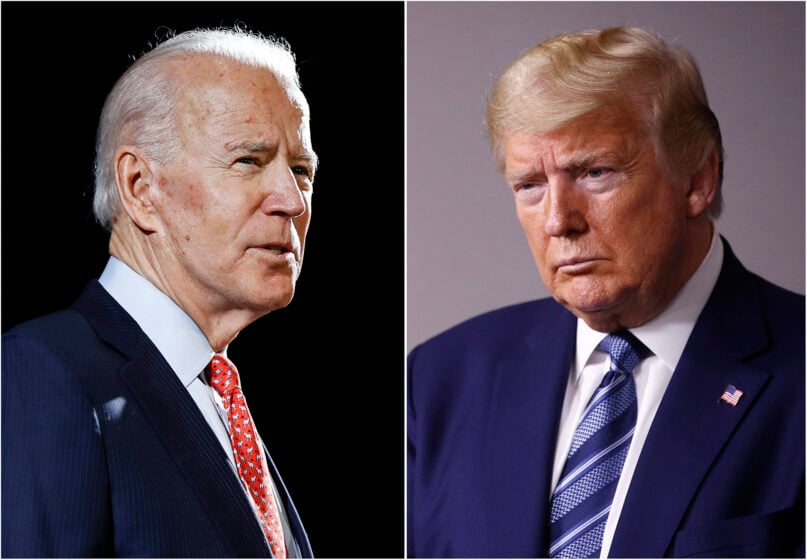 Practicing our faith in public life means being “men and women for others” on a mission of reconciliation and justice, says the guide.

But to engage in public life requires prayer, and the document offers insights on how to approach this from an Ignatian perspective.

One of the biggest spiritual challenges of political life is practicing “detachment.” Most people think detachment means not caring, but for Ignatius it means “leaving aside unhealthy attachments to whatever it is that might get in the way of loving God and neighbor.”

Detachment in politics “means being open to the possibility that someone we disagree with at the start might be right, or that the whole truth might not lie in a single party’s or candidate’s platform.”

Detachment is essential to political progress because “It is only by letting go of attachment to our own narrow perspective that we might be able to find the common ground which is the first step toward reconciliation.”

Discernment is especially important in political life, which is dominated by judgment calls like: “How do we fight poverty? Welcome immigrants? Dismantle racism? Make our criminal justice system fairer? End sexism and gender discrimination? Protect the most vulnerable members of the human family, including the unborn?”

True political discernment requires “creating physical and spiritual spaces where everyone has room and time to share, all perspectives are considered, pros and cons are weighed and periods of prayerful reflection frame the conversation.” Part of the cover of “Contemplation and Political Action: An Ignatian Guide to Civic Engagement.” Image courtesy of The Jesuit Conference of Canada and the United States

While we’re listening to God through prayer, the pamphlet says, we must also be actively listening to those around us, particularly the most marginalized. “Community service events and short-term service immersion trips are a good start, but we are called to go further.” We are called not to simply serve the poor but to become friends with them.

“We see the face of Christ in those suffering on the margins and we pay careful attention to societal forces that are shaping our communities,” explains the guide. “We discern our political priorities from that dual listening.”

Other issues in need of discernment, the guide argues, are COVID-19, racism and the environment.

The COVID-19 pandemic is a challenge to our commitment to one another. “Will we turn to isolationism? A ‘me and my own first’ mentality?” Or will our prayer lead us to “use this time to remember that we are all our brothers’ and sisters’ keepers, no matter where they are?”

Likewise, systemic racism requires a response. “Our commitment to protect the life and dignity of the human person requires us to confront racism wherever it exists.”

Quoting the Rev. Bryan N. Massingale, a Fordham University theologian, the guide says that racism is a soul sickness and “only an invasion of divine love will shatter the small images of God that enable us to live undisturbed by the racism that benefits some and terrorizes so many.”

Finally, we must recognize “the damage we are doing to our planet through carbon emissions and other forms of pollution,” explains the guide. “There are lots of ways we can all do our part to steward the gift of creation more faithfully” both personally and politically. Our prayerful reflection on creation should lead us to action.

Pope Francis said, “Good Catholics meddle in politics, offering the best of themselves.” The Ignatian values of detachment, discernment and concern for the poor can guide Catholics so that our meddling is to good effect. Then we can truly be “men and women for others” on a mission of reconciliation and justice. This guide will be useful to both individuals and groups who want to discern their political calling.