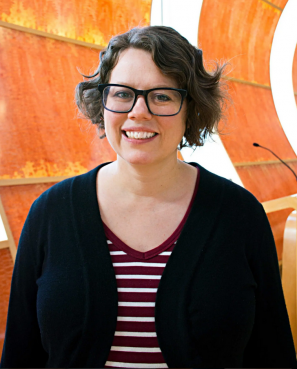 (RNS) — Katie Langston didn’t know much about Lutheranism when she enrolled in a Lutheran seminary. She only knew Mormonism, the religion of her childhood, had become wrapped up with both joy and pain, and the pain had started to be more prominent.

It hadn’t always been that way. As Langston recounts in her new memoir, “Sealed: An Unexpected Journey Into the Heart of Grace,” there were many gifts from her Mormon childhood. Her parents were both converts who met each other after their missions and ventured to Utah for college.

“They got married and settled out there, and decided to raise their family in Zion. We were a very devout family, very conservative,” Langston told Religion News Service.

The term she uses is “quasi-fundamentalist” — not in the sense they practiced polygamy, which “fundamentalist” has become code for in Mormon circles, but in the classic sense of interpreting scripture and the counsel of general authorities in a very literal, black-and-white way.

It was a loving childhood, but Langston often experienced crippling anxiety. “I was a very sensitive kid and had a ton of religious anxiety that would later be diagnosed as scrupulosity, a religious form of OCD,” she said. In the memoir she recounts her struggles to stay “clean” as a Mormon youth, engaging in repeated patterns of doing something the church viewed as wrong and then praying desperately for forgiveness. “Please forgive me of all my sins,” she would beg — through her childhood, her mission to Bulgaria and into her adult life. 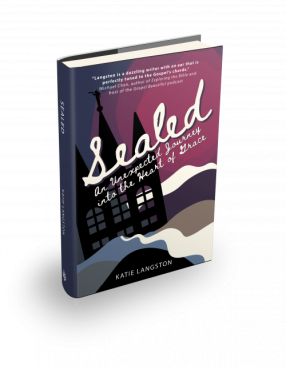 It took a toll. “It reached a point in adulthood when I felt as if life was not worth living, to be honest. Around that time, I had a profound experience of God’s grace that I struggled to make sense of within a Mormon context. I battled with that for the better part of a decade.”

One night while she was living in Logan, Utah, she attended a lecture by a C.S. Lewis scholar who humbly and honestly spoke of his failings and about the love of God. Something shifted in Langston when she heard this accomplished man own up to his brokenness in the present tense, not as something he had successfully overcome. In the memoir she describes the import of that moment:

“That was it … I’d never known anyone to admit such a thing out loud. It was the cardinal rule of Mormon spirituality: Be ye therefore perfect, and if you couldn’t be perfect, you must do all you can to fix it. Try harder. Get absolution from priesthood leaders. Pray more. You didn’t name your brokenness. You battled it, sought to excise it with every ounce of energy you possessed. To admit powerlessness in the face of your deficiencies was to let your deficiencies win — to let Satan win.”

She allowed herself to begin wondering: What if God already loved her as she was? What if the order of things was not for her to struggle to choose God, but to accept, first and foremost, God had already chosen her?

Eventually, Langston — still a Mormon at that time, though a doubting believer — decided to enroll in seminary to study theology and become a family therapist. She did not intend to switch denominations or pursue ordained ministry. But for her very first class, she had to read a biography of the 16th-century reformer Martin Luther, whom she recognized as a kindred spirit.

“I was blown away by how much I resonated with his experience,” she said. “He almost certainly would have had the diagnosis of scrupulosity if such a thing had existed. The confessors in his monastery were so sick of him coming again and again. ‘Come back when you have something real to confess!’ they would tell him. I resonated with his experience of God’s grace, and wrestling with Paul in particular, and understanding that righteousness is a gift that God gives us through Christ.”

Like Luther, who complained about the works righteousness of the medieval Catholic Church, Langston saw problems in how The Church of Jesus Christ of Latter-day Saints regulated “worthiness” and seemed to stress that over holy grace.

“Ultimately, the thing I couldn’t reconcile in Mormonism was its emphasis on needing to qualify for God’s love. I spent a long time trying to. The fact that the temple is held out as a place where you receive the ordinances that are required for exaltation, but that access to that is gated with a standardized checklist of questions, was impossible to reconcile with the God of grace I had encountered.”

Langston said she “tried millions of ways” to make Mormonism work, but she eventually found peace in the Evangelical Lutheran Church in America and began to pursue a path toward ordination. Her parents and husband, who are all still Latter-day Saints, were supportive, she says, but “they were heartbroken.”

As of the time of her RNS interview, her parents had not yet read her memoir. “I tried to portray them, even with all the complexity that is in any family, in a gracious and loving way,” she said. “I love my parents, and I know they always did everything out of love for me. I never doubted that for a second, and I hope that comes through even if there are parts of my journey that will be hard for them to read.”

Langston has now completed seminary and is doing a required pastoral internship in which she is embedded in a church, learning how to be a pastor. After that, the training wheels will be off and she will be ready to lead a church.

But she has not forgotten her Mormon roots. She still co-hosts a semiregular podcast on Mormon faith journeys and regularly preaches a message of grace. The memoir is one part of that ministry. “If someone read and it and came away thinking ‘Mormons are bad,’ that’s not the point at all. The point is to bear witness to the experience of grace that I have had with God, and hopefully to allow others to see pieces of their story in my story.”