Back when I was a Gospel Doctrine teacher, I was dismayed to find the curriculum had us spending basically one lesson on the entire book of Romans. And that one lesson focused so much on behavior that it seemed to me to miss much of Paul’s point about grace: the lesson’s key takeaway points were to “live worthy,” demonstrate righteous works, and aspire to act “as becomes Saints.”

Where was the grace?

So I was intrigued to learn recently that Adam Miller, author of the Letters to a Young Mormon book I was so impressed with last year, is releasing a short book on Romans for Mormon readers. Grace Is Not God’s Backup Plan came out last week and is worth savoring. I talked with Dr. Miller, a professor at Collin College in McKinney, Texas, about Mormonism, grace, and Paul’s letter to the Romans.

RNS: How do Mormons teach Romans? Or rather, why have we not taught it until very recently?

Adam S. Miller: Mostly we neglect Romans. A lot of that has probably just been reactionary, a way of distinguishing ourselves from our Protestant cousins. For a long time, what was most important to Mormons was showing how we were different from other Christians. That’s contributed, I think, to a general neglect of Paul and of Romans in particular. We tend to see Paul as their guy.

Citations of Romans in LDS General Conference, 1850 to present

RNS: Are there other reasons why we might be neglecting Paul?

ASM: We’re often not very good readers of the New Testament, especially the second half. Once you get out of the history associated with the gospels and with Acts, it’s rougher going for people. One of the most interesting things about Romans is that it’s a 10,000-word explanation of how key gospel elements fit together—grace, sin, the law. That kind of long theological explanation is rare in scripture and it isn’t easy for us to work through. 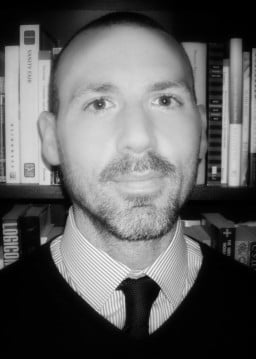 RNS: I wonder too whether Mormons just don’t quite know what to do with Paul as an Apostle who was not one of the Twelve. Declaring yourself an apostle is not how Mormon authority channels work.

ASM: Paul is a loose thread in early Christianity. He’s evidence of an ad hoc messiness in the original church that we as Mormons are often uncomfortable thinking about. He doesn’t fit well with the tidy institutional story of the institution.

RNS: What are you hoping that Mormon readers will understand about grace from this paraphrase of Romans?

AMS: It’s pretty neatly summarized in the title: Grace is Not God’s Backup Plan. I think we’re doing a much better job these days of thinking about grace, but we still often default to the idea that grace is a kind of regrettable stop-gap.

For example, this is a very common, but not particularly charitable, reading of the Parable of the Bicycle. But when we frame grace as a stop-gap, we’re still thinking about grace from the perspective of sin, that grace is just God’s response to our sinfulness. But the really basic point Paul is trying to make is exactly the opposite. Grace is what comes first, it’s the whole point, and sin then is a kind of recoiling on our part from what God is trying to give us.

RNS: You mention the Parable of the Bicycle, which I love as a story, but it seems theologically wrong. At the end of the day, that little girl could have someday saved enough money to pay for that bicycle herself. If we’re trying to say that the Atonement is something that we could never earn ourselves, the parable gives a mixed message.

ASM: It’s not bad as a starting point, because what that parable does is put the “all we can do” part in perspective. I think Mormons used to believe that if we could just get most of the way there, God would fill in those last few gaps. The advantage of Robinson’s story is that it shows grace playing a much bigger part in the equation. It shifts most of the burden to grace, not just the cleanup phase. And most important, it gets grace on the table as a word Mormons are allowed to use.