(RNS) — A new smart prayer rug is being offered as an educational tool for use by Muslims concerned they may make errors in their daily prayers.

The company behind the new rug says it has exceeded its funding goal by more than 200%. Thakaa Technologies, based in the Persian Gulf kingdom of Qatar, said the company has raised some $36,000 to develop the product, according to a press release on May 26.

The e-rug is known as “Sajdah,” taking its name from the Arabic term for the act of prostration to God in the direction of the Kaaba in the holy city of Mecca, which Muslims normally perform during prayers.

“I can’t thank our supporters enough. Our design team has been working hard, and it’s extremely rewarding for us to see Sajdah exceed its funding target,” said Abdulrahman Saleh Khamis, CEO and co-founder of Thakaa Technologies, in the press release. “But the feeling that we get from helping devoted Muslims improve their praying experience is truly priceless.” 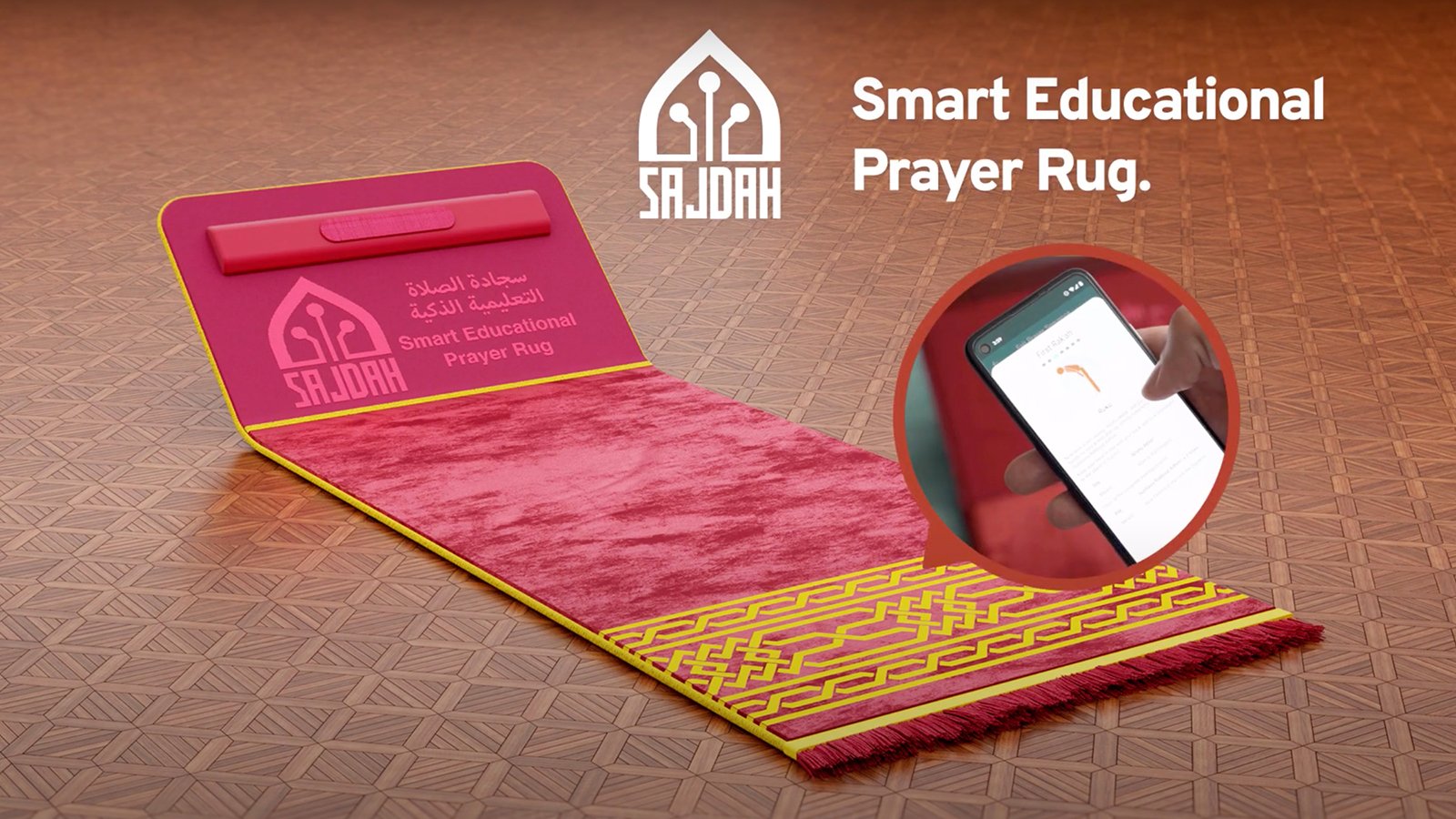 Still from an informational video about the “Sajdah” e-rug that is being developed. Image courtesy of Thakaa Technologies

To help guide new and young Muslims, the rug uses voice prompts and an LED display that shows the correct postures of prayer. The developers of Sajdah also believe the rug’s displays and audio prompts can help those with certain medical conditions, such as Alzheimer’s disease or dementia, to better remember the form and words of prayer.

For other Muslims, the rug can help the user memorize new verses of the Quran. The rug is also designed to be used for the extended taraweeh prayers during the month of Ramadan. According to the company website, “Sajdah acts as your personal trainer, guiding you through the five daily mandatory prayers, as well as 20 others.”

The interface and settings of the smart prayer rug are linked to the user’s phone or an Apple Watch via WiFi or Bluetooth connectivity. Currently, only Arabic language is supported but the developers hope to offer other languages in the future. They hope to begin shipping the first units of the electronic prayer rug by December of this year.