(RNS) — The Evangelical Covenant Church became the latest Protestant denomination in the United States to repudiate the Doctrine of Discovery, the theological justification that allowed the discovery and domination by European Christians of lands already inhabited by Indigenous peoples.

Delegates at the Covenant Annual Connection voted overwhelmingly (84%) on Friday (June 25) to approve a resolution acknowledging the damage done to Indigenous peoples in the Americas by taking their land and rights and lamenting the church’s complicity in the continuing effects of that history.

“After 125 years, the healing is beginning in the Evangelical Covenant Church, and I’m grateful to be starting this journey with you today,” the Rev. TJ Smith, president of the Indigenous Ministers Association, said in an emotional speech after the vote was taken.

While the Evangelical Covenant Church has been working on its resolution for the past five years, its action came the day after the Cowessess First Nation announced it had found indications of at least 751 unmarked graves near the former Marieval Indian Residential School in Saskatchewan.

RELATED: The American church needs to reckon with its legacy in Indigenous boarding schools (COMMENTARY)

Weeks earlier, the Tk’emlúps te Secwépemc First Nation had used ground-penetrating radar to confirm the remains of 215 children as young as 3 years old on the grounds of the former Kamloops Indian Residential School in British Columbia. Kamloops was opened by the Roman Catholic Church in 1890 and became the largest school in Canada’s Indian Affairs residential school system, with enrollment peaking at 500 students in the early 1950s, according to the Tk’emlúps te Secwépemc.

Smith, who is Lakota, and others drew a line from the Doctrine of Discovery to what were known as Indian residential schools in Canada and Indian boarding schools in the U.S. 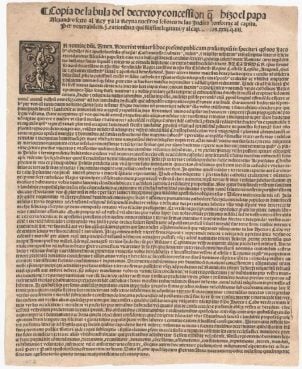 Pope Alexander VI’s papal bull Inter Caetera from 1493. This papal bull gave Spanish explorers the freedom to colonize the Americas and to convert Native peoples to Catholicism, the basis of the Doctrine of Discovery. Image courtesy of Library of Congress

The Doctrine of Discovery began as a series of 15th-century papal edicts and later was enshrined in the 1823 Supreme Court decision Johnson v. M’Intosh, which established that the U.S. government, not Native American nations, determined ownership of property.

That doctrine led to practice, including the “violent assimilation of Native children in Indian boarding schools,” added Lenore Three Stars, a Lakota speaker and public theologian who shared remarks with the Evangelical Covenant Church gathering by video. Those children were removed from their homes to attend boarding schools operated under the motto “kill the Indian, save the man.”

It’s important for the church to know and lament that history, said Curtis Ivanoff, an Inupiat and superintendent of the Evangelical Covenant Church’s Alaska Conference.

“That its beginnings can be traced to papal decrees means the church had a direct hand in launching this belief and practice. For this reason alone, it serves us well to shine light on this history, to not only remember, but as fellow ambassadors of Jesus, who has given us the ministry of reconciliation, to renounce such evil,” Ivanoff said.

In 2015, Canada’s Truth and Reconciliation Commission released a report on the history and legacy of Canada’s residential school system, which came after six years of investigation.

One of the commission’s accompanying calls to action asked the pope to come to Canada within the year to apologize to Indigenous peoples there for the Catholic church’s role in administering residential schools.

“We call upon the Pope to issue an apology to Survivors, their families, and communities for the Roman Catholic Church’s role in the spiritual, cultural, emotional, physical, and sexual abuse of First Nations, Inuit, and Métis children in Catholic-run residential schools,” it read. 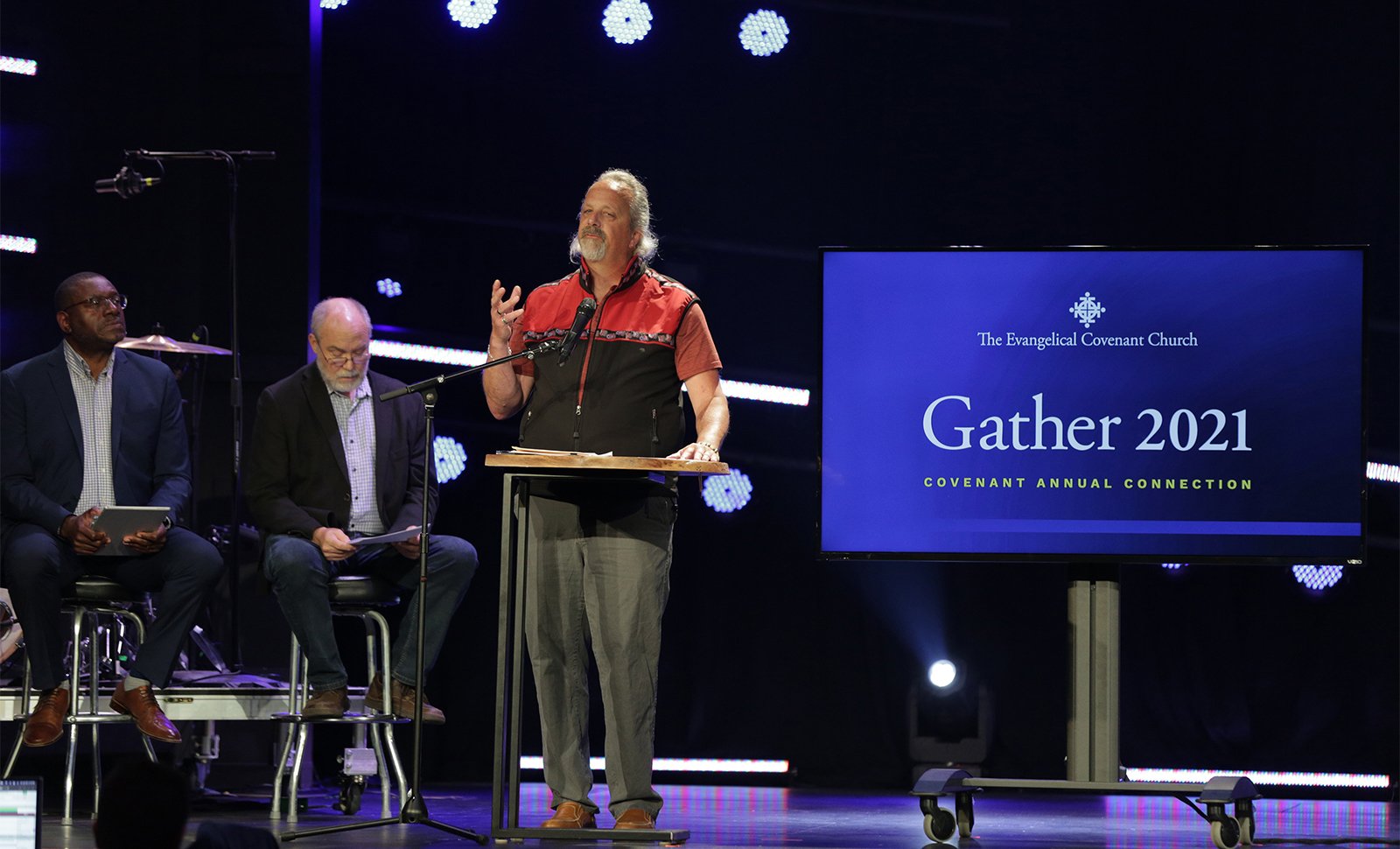 But, Smith told delegates at the Evangelical Covenant Church’s annual meeting, “In the U.S., we haven’t done that. We’re invisible. They don’t even care enough to know.”

Canada operated more than 130 residential schools and has an idea how many children attended them, he said. Meanwhile, the U.S. operated 367 boarding schools.

Repudiating the Doctrine of Discovery is an important first step toward healing and solidarity, Smith said.

In recent years, several mainline Protestant denominations have taken similar actions, including the United Methodist Church, the Episcopal Church, the Unitarian Universalist Association, the United Church of Christ, the Community of Christ, Presbyterian Church (USA) and the Evangelical Lutheran Church in America. They’ve been joined by the World Council of Churches and a number of Religious Society of Friends (Quaker) meetings.

And U.S. Secretary of the Interior Deb Haaland, who is Laguna Pueblo, recently announced a Federal Indian Boarding School Initiative to look into the history of boarding schools in the U.S.

The latest resolution by the Evangelical Covenant Church sets the table for Indigenous people to be seen and their stories heard, Smith said.

“With the passing of this resolution, you’ve advanced the Evangelical Covenant Church as a place where we as Indigenous people and populations are seen and welcomed. We’re accepted and acknowledged as who we are and who we are created to be,” he said.

“With the passing of this resolution, we can now participate and learn from you and you can learn from us what the creator has for us.” 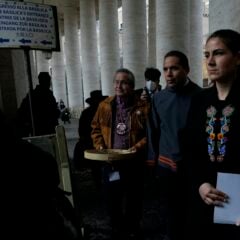