(RNS) — After the 2016 presidential election, millions of people woke up in shock and suddenly wanted to know who these “white evangelicals” were who had voted in droves for Donald Trump.

But that question is old hat for historians, theologians and political scientists, who’ve been asking it for decades. That doesn’t mean they have perfect answers.

There’s the theological response — “evangelicals are people who take the Bible really seriously.” (Or at least some carefully selected parts of it.) Or who have a born-again experience. Or who believe in something called the “Bebbington Quadrilateral.”

And there’s the political take, which says white evangelicals are a reliable voting bloc that opposes abortion and same-sex marriage while enthusiastically supporting a special role for Christianity in public life. In other words, these evangelicals think it’s an insult to religious freedom to expect a baker to make a wedding cake for a gay couple but have no problem whatsoever with Roy Moore posting the Ten Commandments in the Alabama Supreme Court building.

There’s truth to both these narratives, but neither quite captures the devilish complexity that is white American evangelicalism. 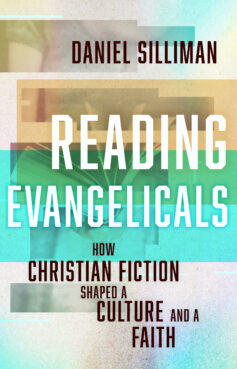 That’s the argument of Daniel Silliman’s new book “Reading Evangelicals: How Christian Fiction Shaped a Culture and a Faith.” Since Silliman is a historian, he finds the idea of defining white evangelicals solely by theology misleading. “Today evangelicals care about abortion, but one hundred years ago it was prohibition. Premillennialism used to be a dividing line, and now it almost never comes up.” And political definitions never seem to include the one-in-five white American evangelicals who didn’t vote for Trump.

Silliman proposes something that is wonderful and frankly weird: to define white evangelicals by the novels they have made bestsellers in the last four decades. The tagline for this book could well be “you are what you read,” and over and over his examples prove the truth of that approach.

I’d put “Reading Evangelicals” alongside Kristin Kobes Du Mez’s “Jesus and John Wayne” as a rigorous history that attempts to understand evangelicals not only by what they preach theologically or how they behave politically, but by their extensive and ever-shifting consumer culture.

The genius of Silliman’s book is that each of the five novels he chooses — all megahits that sold at least a million copies and managed to cross over into the broader strains of American culture — reveals something important about the twists and turns of white American evangelicalism since the 1970s. 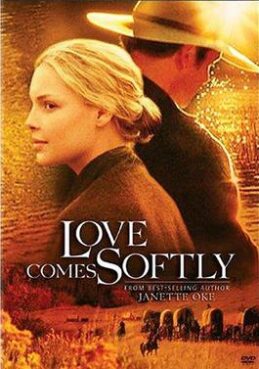 Silliman starts with the prairie romance “Love Comes Softly,” which he situates in the context of the 1970s explosion of Christian bookstores and evangelical culture in white suburbs. Christian fiction was not a “thing” in the 1970s, and the novel was rejected by publisher after publisher until Carol Johnson at Bethany House saw the potential and persuaded her male colleagues that Bethany should give it a home. That decision not only put Bethany House on the map; it started the multibillion dollar business that became “Christian fiction.”

“Love Comes Softly” captured a particular moment in the history of white evangelicalism, when U.S. Christians had left farming behind but retained a nostalgia for what they believed were the honest values of the prairie, including women who were outwardly subservient but inwardly resilient.

More than that, though, it tapped into a new postdenominational sensibility. One of the many remarkable observations Silliman makes is that “Softly” mentions a circuit-riding preacher character who rides into the area occasionally to perform baptisms and weddings and the like. But at the end of the book that same character has a different name, an editorial oversight that’s never explained. Silliman says this mistake is generally overlooked because the character simply doesn’t matter; he is only a backdrop. What matters in the novel — and to evangelicals in the 1970s — is the main character’s individualized born-again conversion experience, which happens entirely outside the confines of organized religion.

Silliman checks in again in the mid-1980s, when the Lovecraftian horror novel “This Present Darkness” was sweeping through white American evangelicalism, its sales spurred by a timely on-stage reading recommendation by pop star Amy Grant. “This Present Darkness” spoke to the deep anxieties evangelicals had about the culture wars (in the novel, liberal female college professors and non-evangelical elected officials turn out to be demon worshippers, so the anxieties aren’t exactly subtle). 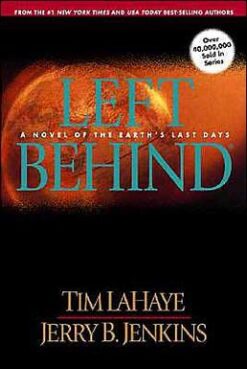 Some of those same anxieties were still in play in the late 1990s when the “Left Behind” books began taking off (the series was published from 1995 to 2007).

At that time, I was a young editor at “Publishers Weekly,” so I had a front row seat for the phenomenon and read the first nine books. My tendency at the time was to view the series as a way for evangelicals to work out their fears about the various cultural changes all around them, from 9/11 to gender roles. (In fact, I noted the authors’ fear of women’s authority was so ingrained that in one adrenaline-pumping scene when the main characters are fleeing for their lives, they waste precious minutes to switch places in the getaway car so the man can drive. Because, of course.)

But Silliman sees beyond the political and locates the novels as a theological response to pluralism. Threaded through the stories is the theme of individual choice, as the characters have to confront the total implausibility of what is happening around them and make a conscious decision to believe the Rapture is true in every respect. The language they use to describe religious conversion is that they are “making the transaction” so they will be marked as God’s own, a reliable quid pro quo in a terrifying and uncertain world.

The last two novels Silliman unpacks explore questions of individualism and authenticity. In the “bonnet fiction” debut novel “The Shunning,” also discovered by Carol Johnson at Bethany House, an Amish woman leaves her religion in order to be true to herself and what she sees as God’s calling for her life. While many readers look to bonnet fiction as embodying the safe values of another era, Silliman positions it firmly in ours and sees “The Shunning” in particular as unexpectedly subversive.

It’s about an individual woman leaving organized religion and traditional community and mapping life and faith for herself. It’s an early evangelical message of “you do you” that successfully has it both ways: It rejects the dogmatism and communal identity of the Amish while still capitalizing on white evangelical nostalgia for those things. 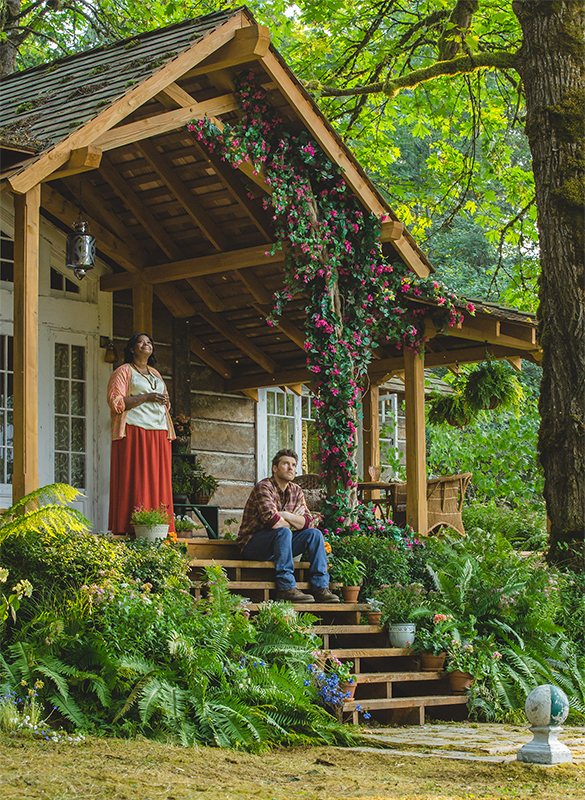 Octavia Spencer and Sam Worthington in a scene from “The Shack.” Photo courtesy of Lionsgate

With “The Shack,” Silliman’s final novel, that individualism comes to full fruition. In the novel’s imaginings, God can appear in different ways to different people, God accepts people just the way they are, and no one member of the Trinity is “over” the others, because the Godhead isn’t a hierarchy. The novel’s therapeutic cast tells readers to be suspicious of people who claim to have all the answers, because real religious truth exists in the cracks. The idea is, we should all get comfortable with not knowing.

“The Shack” is evangelicalism and postevangelicalism and Gnosticism all rolled into one. If “This Present Darkness” represented white evangelicalism’s social fears in the 1980s and encapsulated its drive to fight with a unified stance, “The Shack” is the 21st century’s answer: There is no longer one voice or one goal for all Christians. That message was reified in the behind-the-scenes story of how the novel went from obscurity to selling 18 million copies. As Silliman points out, it bypassed Christian publishers altogether. It was self-published, gained enough steam to attract the attention of publishers and was finally picked up by a secular trade house. The evangelical gatekeepers were entirely left behind, no pun intended.

What Silliman is trying to say in this fascinating book is that white American evangelicals are all of these things, not just any one of them. These five novels became bestsellers because they captured the zeitgeist of their decades so well. Evangelicalism has become decidedly more individualistic, less tied to the traditions of organized religion (“Love Comes Softly,” “The Shunning,” “The Shack”), emphasizing personal conversion. But pockets of evangelicals remain vitally interested in wresting victory from the culture wars (“This Present Darkness,” “Left Behind”).

When we try to define evangelicalism to any one thing — either theology or politics — we’ll inevitably come up short.

To read: Controversial book ‘The Shack’ makes the leap from page to screen