(RNS) — The U.S. Catholic bishops are frequently at odds with President Joe Biden, the second Catholic president in U.S. history. They unite with Republicans and evangelical leaders in fighting him on abortion and the application of LGBTQ rights to religious institutions.

Many also wanted to deny him Communion, but that move was vetoed by Pope Francis.

However, the U.S. Conference of Catholic Bishops did not hesitate to acknowledge Biden’s win. The U.S. bishops never joined the Republican and evangelical leaders who have supported Donald Trump’s lie that the election was stolen.

A year ago, on the day of Biden’s inauguration, the USCCB’s president, Archbishop Jose Gomez of Los Angeles, issued a statement that, while much more negative than the letter sent by Pope Francis at the same time, never questioned the legitimacy of Biden’s election.

Gomez was quick to note in the statement that “as with every administration, there will be areas where we agree and work closely together and areas where we will have principled disagreement and strong opposition.”

He then went on to emphasize the areas of disagreement.

“Our new President has pledged to pursue certain policies that would advance moral evils and threaten human life and dignity, most seriously in the areas of abortion, contraception, marriage, and gender,” Gomez complained.

“For the nation’s bishops,” he added, “the continued injustice of abortion remains the ‘preeminent priority.’” He gave hardly any space to areas of agreement with the president.

But he never questioned the fact that Joe Biden was president.

In fact, four days after the 2020 election, the archbishop called on “our leaders to come together in a spirit of national unity and to commit themselves to dialogue and compromise for the common good.”

He clearly stated, “We recognize that Joseph R. Biden, Jr., has received enough votes to be elected the 46th President of the United States.”

Nor did the bishops’ conference hesitate in condemning the assault on the Capitol on Jan. 6, 2021.

“I join people of good will in condemning the violence today at the United States Capitol,” said Gomez. “This is not who we are as Americans. I am praying for members of Congress and Capitol staff and for the police and all those working to restore order and public safety.

“The peaceful transition of power is one of the hallmarks of this great nation,” he said. “In this troubling moment, we must recommit ourselves to the values and principles of our democracy and come together as one nation under God.”

In response to threats against state capitols in the following week, the USCCB had Archbishop Paul S. Coakley of Oklahoma City, the chair of its Committee on Domestic Justice and Human Development, expand on this condemnation.

“Like Pope Francis, after viewing the riot at the U.S. Capitol on January 6, I was ‘astonished’: a violent attack on a peaceful political process at the heart of our democracy, bombs placed at political party headquarters, the murder of a police officer and others dead and injured, symbols of racial hatred, calls to execute politicians, a gallows and a noose,” Coakley said in a statement.

“There were those present who misappropriated Christian symbols as well,” he noted. 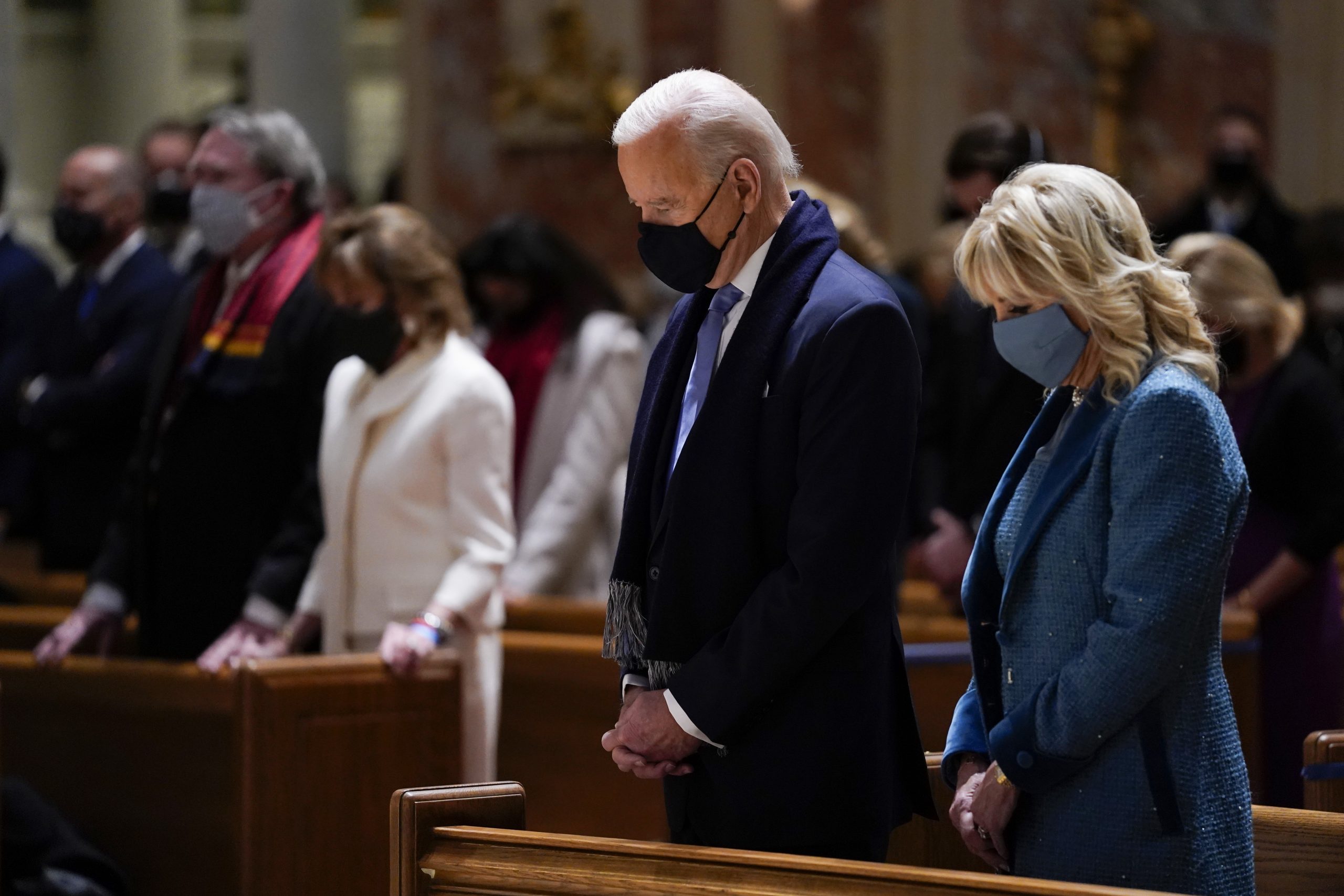 Coakley said those considering further violence “are being led astray by a voice that is not from God.”

He asked those tempted to use violence to look at what happened on Jan. 6, at the messages that accompanied the day’s events on social media and the symbols of racial hatred in the crowd. These are not the fruit of the Holy Spirit, he said, which “is love, joy, peace, patience, kindness, generosity, faithfulness, gentleness, self-control. (Gal 5:22-23).”

He continued, “The violence of January 6, and the many voices that urged it on, including some political leaders, were the opposite of these things.”

He pleaded, “Do not listen to those sowing hatred, anger, and divisions! They lead you away from God. Though sometimes masked in deceit or seemingly demanded by fear, for your sake and the sake of others, do not mistake empty promises for the love and peace that come only from God.”

RELATED: On Jan. 6, vigils recall the insurrection with competing narratives

The media prefers to cite the bishops only when they attack the president. Conservatives only selectively quote the bishops; liberals simply ignore them. Priests, looking out over a divided congregation, prefer to keep silent.

But this month and into the future, their words are worth repeating. The bishops show that people can disagree with the president without buying into the big lie.

Donate Now!
Posted in
CatholicismChristianityColumnsFaithOpinionPoliticsSigns of the Times