(RNS) — Too many Catholic prelates believe that, when it comes to clergy sexual abuse, being in charge means never having to say you’re sorry.

For as long as the crisis has been going on, lawyers for bishops have advised many of them not to apologize, as this would be an admission of guilt that would come back as evidence when they were sued in court.

Some were too arrogant and cowardly to admit guilt.

Others refused to apologize because they believe they are blameless since they made decisions based on the advice they got from psychologists and canon lawyers who themselves were ignorant. Some even foolishly thought that admitting responsibility would somehow harm the church.

But whatever the case, they clearly failed when they put the themselves, their priests or the institution ahead of the lives of children. How badly they sinned, I will leave to God, but there is no doubt that they need to apologize. They were either immoral or stupid — or both. In any case, an apology is required.

All of these evasions are contrary to Catholic teaching, which affirms that we are all sinners who are required to confess our sins, do penance, make reparations and amend our lives.

Retired Pope Benedict XVI, aka Joseph Ratzinger, is a case in point. When he was archbishop of Munich, abusive priests were not dealt with properly. How much he was involved in these decisions is irrelevant. He was the archbishop and the buck stops with him. Even if others made the decisions, he still appointed these people and delegated to them the authority to deal with abusive priests.

Those who defend Ratzinger argue that, thanks to the professional advice I cited above, practically all the bishops got it wrong prior to 1982, the year Ratzinger left Munich. True, but all this shows is that he was no better than the other bishops — not a high standard. And everyone else’s failures do not excuse him from confessing his own failures.

Defenders also point to his actions as prefect of the Vatican Congregation for Doctrine of the Faith, the job he took up at the behest of Pope John Paul II on leaving Munich, and where he served until 2005. As prefect he did more than any other Vatican cardinal to respond to the abuse crisis. He continued improving the church’s response when he became pope, including expelling hundreds of bad priests.

This is certainly true, but any confessor will tell you that doing better today does not absolve you from confessing past sins. 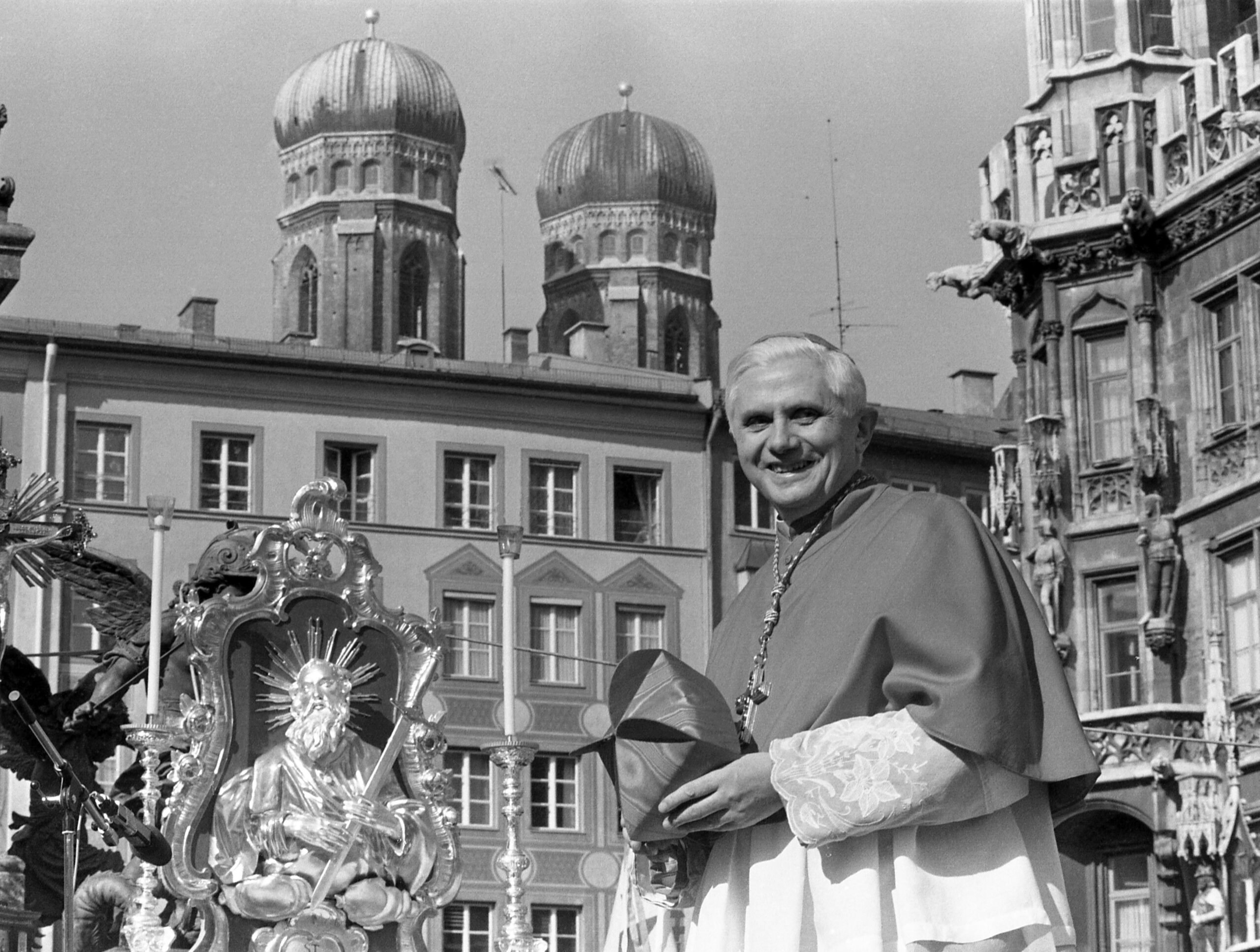 FILE – With the towers of Munich’s cathedral in the background, Cardinal Joseph Ratzinger, later Pope Benedict XVI, bids farewell to the Bavarian believers in downtown Munich, Germany, Sunday, Feb. 28, 1982. The Vatican on Wednesday, Jan. 26, 2022 strongly defended Pope Benedict XVI’s record in fighting clergy sexual abuse and cautioned against looking for “easy scapegoats and summary judgments,” after an independent report faulted his handling of four cases of abuse when he was archbishop of Munich, Germany. (AP Photo/Dieter Endlicher, File)

When prelates get around to their apologies, they should be full throated. No one wants to hear that “mistakes were made” or “we would not act in the same way today” or “I am sorry people are upset” or “I am sorry for anything I MAY have done wrong.”

Prelates should know how to confess; after all, they do it every day at the beginning of Mass. These are the words people want to hear from Benedict, Francis and other church leaders who did not handle abusive priests well:

Prelates should also avoid asking for forgiveness, which puts a burden on victims. It may even revictimize those who are not ready to forgive. Whether they forgive or not is between them and God, not between them and the bishops who offended them.

“But we have apologized,” some bishops will say; “can’t we move on?”

Besides apologizing, Benedict could express willingness to meet with any victim of abuse from his former archdiocese. In such encounters, he can listen to their stories and apologize directly. This can help in the healing of survivors.

Some have called for Benedict to do penance and give up his “pope emeritus” title.

Penance is a good idea, but granted Benedict’s age and health, any serious penance is out of the question.

On the other hand, I would love to see some bishops spend Lent living on bread and water, camped out on the steps of their cathedrals. There was a time when public sinners were required to do such penance, only to be readmitted to the community at Easter. The bishop could live like a homeless person but at the same time provide pastoral care to anyone, especially survivors of abuse, who came to visit him.

Even a bishop not involved in the coverup could take on such a penance on behalf of his predecessors and the diocese.

With regard to Benedict’s title, I have argued that retired popes should not be called pope emeritus in any case. If a pope resigns, he should stop wearing white and return to his baptismal name.

Thus, Benedict, after he retired, should have become Cardinal Joseph Ratzinger, bishop emeritus of Rome. When he dies, he can be buried as a pope with all the liturgical pomp and ceremony befitting a pope, acknowledging his status and actions as pontiff.

RELATED: Who gets to unplug the pope?

There is no room for two popes in the Catholic Church. I hope that when Benedict dies, church law will change to reflect this. I hope that if Francis resigns, he will put aside the white cassock and return to his baptismal name. When his successor is elected, he should kiss his hand and swear allegiance to him like every other cardinal.

Hollywood may believe that “love means never having to say you’re sorry,” but Catholic theology teaches that love means always saying you’re sorry. As Pope Francis said, the words people should repeat more often are: “Thank you. I love you. I am sorry.”

We need to hear “I am sorry” from Benedict and every other prelate in the Catholic Church. And it needs to be said repeatedly.