(RNS) — The push for anti-LGBTQ legislation in Republican-led states across the country seeks to erase queer and trans people from existence through outlawing mentions of sexuality and gender in the classroom, banning life-saving affirming health care for trans people and keeping trans youth from sports. These moves are no more than attempts to codify religious beliefs into law, at the expense of vulnerable children.

Measures targeting LGBTQ people are derived from conservative Christian beliefs and are not reflective of the guidance from major medical associations, and politicians writing them are using their power to attack and target LGBTQ youth. There have been nearly 240 anti-LGBTQ bills introduced this year, most of them strategically targeting the trans community, and all serve the same purpose: removing LGBTQ people from the public view by limiting our ability to speak openly and to access the health care we need that could save lives.

While outsized attention has gone to the “Don’t Say Gay” bill restricting mention of LGBTQ people in school settings — mainly because LGBTQ advocates have successfully branded it as an attack on gay and bisexual youth — there is other legislation targeting trans youth that is even more concerning. These attacks on bodily autonomy and self-identification and the attempts to block access to puberty-delaying medical services for trans youth will have deadly consequences.

I’ve written before that anti-LGBTQ theology has deadly consequences, including increasing depression, anxiety and suicidal ideation among LGBTQ youth and adults. The Centers for Disease Control and Prevention recently released data that showed nearly half of LGB youth have contemplated suicide in 2021. This data is driven home by the countless stories of LGBTQ youth who have attempted suicide.

In 2014, the death by suicide of transgender teen Leelah Alcorn reverberated through the trans community. In her suicide note, Leelah shared how she was ostracized from her Christian family and community, which ultimately led her to take her life. I had hoped Leelah’s death would be a wake-up call for anyone who calls themselves a Christian. Tragically, proponents of this legislation are aware of the stories and data citing increased suicide and suicidal tendencies in LGBTQ youth when they aren’t affirmed for who they are — they just don’t seem to care. Instead, what is more important to supporters of this anti-LGBTQ legislation is to legislate their own theology into law, regardless of the harmful impacts it has on youth.

Conservative Christians have long only seen LGBTQ people as sex acts. It is why so many have quickly resorted to calling LGBTQ people “groomers.” They do not see us as anything more because they need to limit our existence to merely the sex we have, in order to appease a theological worldview in search of a sin. In actuality, being queer or trans is about who we are, who we love and how we see and experience the world.

I grew up in a “Don’t Say Gay” school environment, going to Seventh-day Adventist schools from kindergarten through university. I knew I was different at 9 years old and despite my conservative Christian upbringing, I still grew up to be a queer person. I went to school with other students who also quietly came out as gay, bisexual or trans. We desperately searched for language that we could identify with even before we knew such language existed. All of us shared stories with each other of bullying, undergoing conversion therapy and violence because of our sexual orientation and gender identity. Outlawing mentions of LGBTQ identities and families only serves to alienate children and creates an environment that permits harm, while robbing them of the possibility of models for their own lives.

It is a scary, isolating experience not to have a vision of what your life can be when you grow up. I want LGBTQ youth to have space to see themselves as they are without fear of rejection or retaliation. I want them to grow up and live happy, full lives and I want them to see LGBTQ adults who are alive, loved and thriving despite a world that isn’t always accepting.

I don’t want any young person to feel like they are not loved simply for being truthful about who they are. We have an opportunity to curb this violence and end the tragic stories by standing up against this legislation and denouncing any theological worldview that doesn’t support LGBTQ people. For LGBTQ youth, it’s a matter of life and death.

(Eliel Cruz is an organizer, speaker and writer based in New York City. He is working on a forthcoming memoir and is represented by Ayesha Pande Literary. The views expressed in this commentary do not necessarily represent those of Religion News Service.) 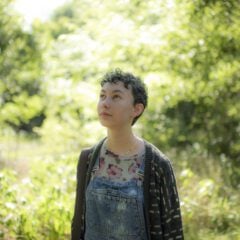