(RNS) — Bishop Cynthia Fierro Harvey, the outgoing president of the United Methodist Church’s Council of Bishops, opened the bishops’ spring meeting Monday (April 25) with a recap of the historic events the denomination has faced since she took office in 2020: political turmoil in the United States and beyond; the war in Ukraine; a global pandemic that forced many churches — and the bishops’ twice-yearly meetings — online.

And of course, there’s the big one: a looming schism in the United Methodist Church.

“Any one of these would have been enough, but all at the same time, in a compressed amount of time seems unthinkable,” said Harvey, whose own election as the first Hispanic woman to lead the Council of Bishops was historic.

“Yet, what we know is that in all of this, God is with us and sustains us for the facing of another day, another tragedy, another challenge, another complex situation that seems insurmountable.”

On Monday, Harvey said in her opening address that the United Methodist Church, one of the largest Protestant denominations in the United States, is “big enough for the left and the right and the in between.” But she feared that wasn’t the message people were getting from recent events.

“I’m afraid that our witness hasn’t always been its best recently because we have not been our best,” she said.

During her two-year tenure as president of the Council of Bishops, the usually quadrennial meeting of the denomination’s decision-making body, the General Conference, was postponed three times by the COVID-19 pandemic — from 2020 to 2021, then to 2022 and now to 2024.

Bishops called for a special session of the General Conference — then recalled that session.

With meetings postponed, the denomination has not elected new bishops in six years, dropping from 66 active bishops to 54. Many have been serving on boards and agencies beyond the end of their four-year terms, Harvey said. 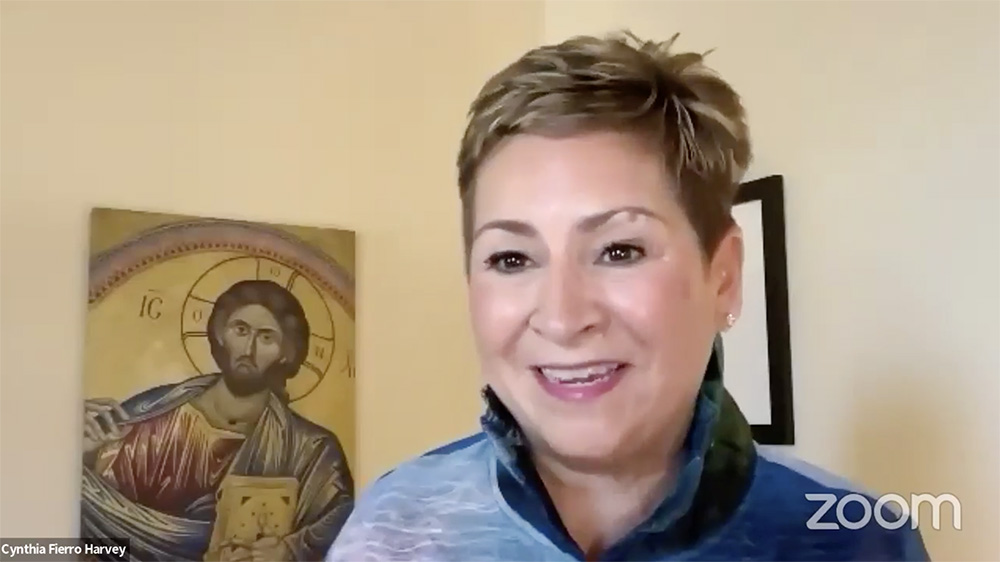 And some conservative United Methodists have announced that — rather than wait for the next General Conference meeting to vote on a plan to split the denomination over disagreement about same-sex marriage and the ordination of LGBTQ clergy — they plan to leave the denomination on May 1 to form a new expression of Methodism, the Global Methodist Church.

Tensions are running high within the denomination, the bishop said.

“Rumors are flying rampant. Untruths are being told. Words that hardly ever entered our lexicon have become commonplace, like ‘disaffiliation’ or ‘comity agreements.’ More of us have become familiar with parts of the Book of Discipline we didn’t even know existed or had forgotten about,” she said.

Harvey said she understands some members cannot remain in the United Methodist Church.

But she grieves that is the case. She regrets it. And, she said, she has no interest in disparaging others or serving an echo chamber.

“All our members, clergy, local churches and annual conferences will have a home in the United Methodist Church, whether they consider themselves liberal, evangelical, progressive, traditionalist, middle of the road, conservative, centrist or something else. And do not let anyone — anyone — tell you otherwise,” she said emphatically.

On Friday, Harvey, who is bishop of the Louisiana Annual Conference of the United Methodist Church, will pass the virtual gavel to Bishop Thomas Bickerton of the denomination’s New York Area. Bickerton was elected last November during the bishops’ fall meeting.

In between, bishops will hear leadership reports regarding the denomination’s anti-racism work, disaster relief efforts and ecumenical relations, among other things.

“We are the United Methodist Church, and we must love one another through this,” Harvey said.