(RNS) — In reading the first reactions from Washington, it’s hard to tell which is the bigger shocker in Politico’s publication of a purported leaked draft of a majority opinion by Justice Samuel Alito, apparently overturning Roe v. Wade.

On the one hand, we think we know the basic outlines of what is likely to become the ruling on Dobbs v. Jackson Women’s Health Organization abortion case: a complete dismantling of Roe v. Wade and Planned Parenthood v. Casey, with the issue of abortion returned to the states.

On the other, capital insiders are just as blown away by the breach of the usual black box of Supreme Court decision-making. The popular ScotusBlog website, for one, tweeted out the following castigation of the leak:

It’s impossible to overstate the earthquake this will cause inside the Court, in terms of the destruction of trust among the Justices and staff. This leak is the gravest, most unforgivable sin.

In fact, the leak may be just as big a story, in that the merits of the arguments over abortion morality and public policy are by now very well known. Many people, including deeply pro-choice people, were expecting this kind of opinion from the court, if not for another month or two.

Nonetheless, I have strong opinions about the decision, as many will. If what was leaked is basically what the opinion ends up becoming, it is a huge victory for a consistent vision of human rights. It creates the conditions for the possibility of prenatal justice that doesn’t pit women against their own children.

This kind of opinion means that the arguments for public policies matter again — they are no longer about political maneuvering to get “our people” on the court. Instead, we will need to convince the fellow citizens of our state that our arguments win the day.

But the leak, which puts the very notion of the legitimacy of the Supreme Court at stake, has more to say, perhaps about where the abortion debate is headed.

RELATED: Abortion is not a culture war. It’s women making choices about their lives.

The leaker seems to believe the stakes are so high as to be willing to destroy the court’s ability to function. Indeed, as this piece goes to press, hundreds of protesters have already apparently taken to the (very recently installed) protective barricades around the Supreme Court with signs like “F*ck SCOTUS” and “You Can’t Stop Abortion.” 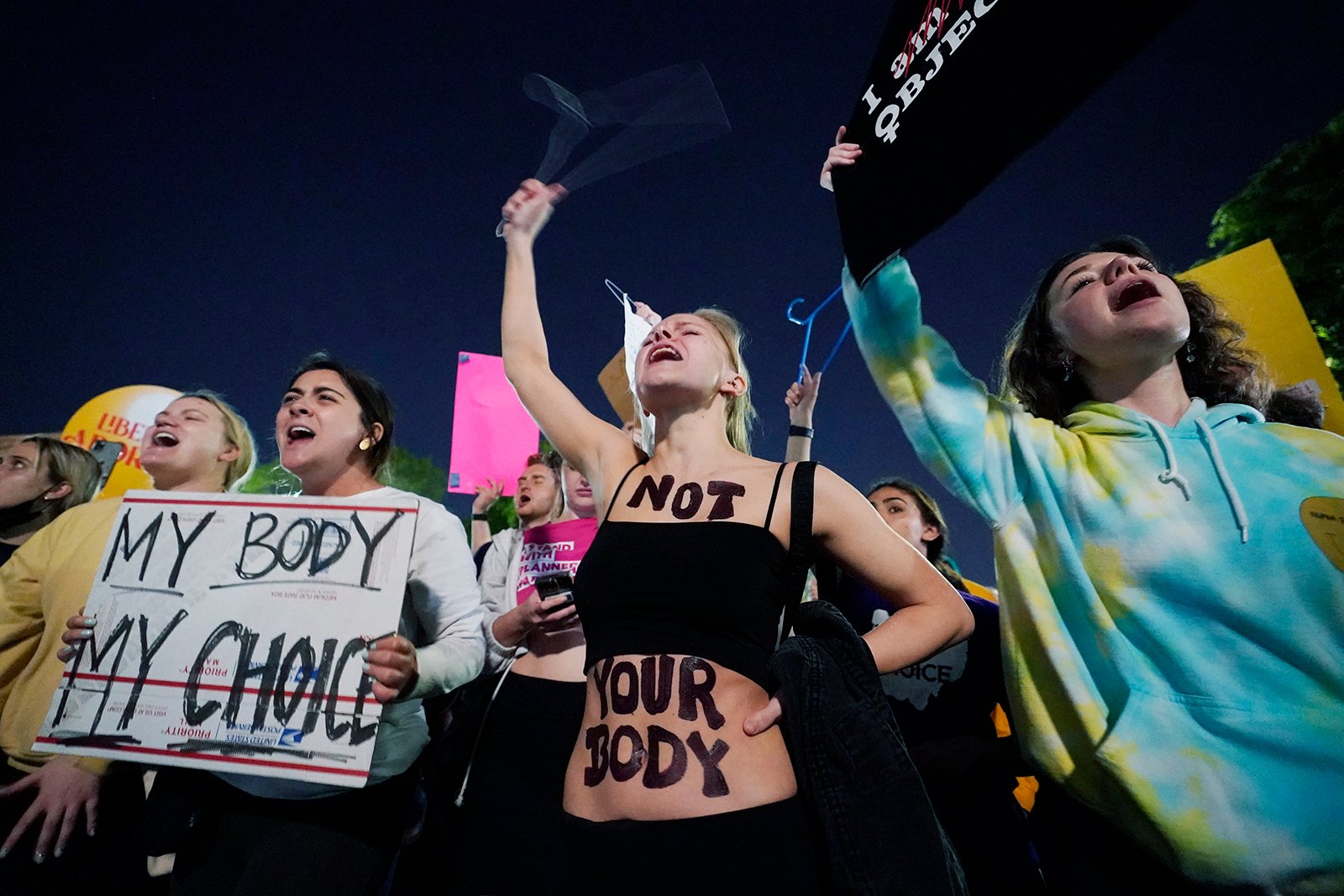 A crowd gathers outside the Supreme Court on May 3, 2022, in Washington. A draft opinion circulated among Supreme Court justices suggests that earlier this year a majority of them had thrown support behind overturning the 1973 case Roe v. Wade that legalized abortion nationwide, according to a report published Monday night by Politico. (AP Photo/Alex Brandon)

Since my book “Beyond the Abortion Wars” appeared in 2015, I’ve emphasized just how much common ground exists on abortion. Most (about 6 in 10) agree that abortion should be broadly legal before week 12. Most (about 7 in 10) think that abortion should be broadly illegal after week 12. Large majorities, right across the political spectrum, agree that we should expand the U.S. social safety net to support women who want to keep their children.

One of the most striking recent shifts in the debate that might be more broadly called pro-life is the willingness among those who identify as conservative in the United States to talk about policies like paid family leave, help with child care, an increased minimum wage, more substantial child tax credits and more.

It’s more important now to highlight the fact that U.S. citizens are not, as a whole, polarized on this issue. There are clearly people out there willing to threaten democracy itself (for what kind of democracy could function without a workable Supreme Court?) to support wildly extreme views on abortion.

Religious institutions are uniquely positioned to help dial down the temperature on this issue. Contrary to popular opinion, religion can and does serve as a moderating force in U.S. politics.

And, boy, do we need this moderating force now.

Religious institutions can and should move with urgency to show that there is no inherent contradiction between supporting both prenatal children and their mothers. Indeed, they should lead with urgency to show that both those who identify as pro-life and those who identify as pro-choice can cooperate to support women in their desire to keep their children.

This obvious common ground is where our focus should be at this turning point in our nation’s history. As important as the issue of abortion is (and one would be hard-pressed to come up with an issue where more was at stake), there is nothing about what people in the U.S. actually believe about abortion that should allow a leaker to lead us to chuck the rule of law and our foundational democratic institutions.

With a focus on unity — even across substantial difference — the issue of abortion looks quite different than the picture painted by those who want to see our polity burned to the ground. There is no reason at all for us to let the extremists win. Let’s work as hard as we can to dial down the temperature and focus instead on the common ground held by an exhausted majority.