MUSKEGON, Mich. _ He stood in the church of his childhood for the first time in 30 years, Bible in one hand, microphone in the other.

Then a contrite Jim Bakker, once at the pinnacle of a televangelism ministry and the fame that accompanies it, did what he’d come to do in his Sunday (July 30) morning sermon at Central Assembly of God in Muskegon.

With that, Bakker began a homecoming message of reconciliation, healing and life after serving five years in federal prison on a fraud and conspiracy charge.

“My life was smashed,” Bakker told several hundred people who gathered to hear him Sunday morning, “but Jesus Christ has put me back together again.”

For the past two years, he has sounded that same message in pulpits and at conferences across the country.

But Sunday morning, a 60-year-old Bakker came to the church where he first heard the call to preach, a church his grandfather helped start during the Depression, a church his cousins and their families still attend.

The people of the church started coming down the aisles early to get a place to sit for the 10:45 a.m. service, clutching their Bibles, carrying babies or leaning on walkers.

Gordon D. Aiken, Central Assembly’s senior pastor, relinquished the pulpit to the church’s most famous son early in the service that lasted more than two hours.

“I can feel the sweet presence of God here today in this sanctuary,” Aiken told the congregation, who answered him with a chorus of “amens” and “hallelujahs.”

“You’ve all read what they’ve printed, true or false, about this man, but I don’t think we need to introduce him in any of those ways. Let’s just say: `Welcome home, Jim Bakker.”’

And the people rose to their feet in greeting.

Bakker, who graduated from Muskegon High School in 1959, left the area soon after to attend Bible college and start a ministry that revolutionized religion on television. He has been back in the pulpit at Central Assembly of God only once since then, and that was in the 1960s when he and his former wife, Tammy Faye Bakker, were just starting out.

Once, Bakker was at the “mountain top” with the PTL Ministries and Heritage USA.

But scandal and allegations of financial mishandling toppled his ministry in 1987. Bakker was sentenced to 45 years in prison, a term that later was reduced in years _ but not in its impact on the man behind bars.

“I lost everything _ friends, my reputation, my ministry,” Bakker said.

He also lost the famous Tammy Faye, who divorced him while he was in prison and married his best friend, Roe Messner.

He is now married to Lori Bakker, and they will celebrate their second anniversary Sept. 4. She has joined him in his ministry, helping women who have had abortions and drug addictions.

“We are an example of people who have blown it,” Bakker said, “and by the grace of God, we’ve been put back together.”

His words were often emotional, prompting people to tears and self-reflection.

But he also had them laughing.

Bakker poked good-natured fun at himself from the pulpit, now that he’s 60 and a grandfather with thinning hair.

He laced his sermon with the nostalgia of those coming back to a hometown that has changed. He complained that he couldn’t find the “old church.” The building where he worshipped as a boy has been torn down.

“What’s happened to Muskegon?” he teased the congregation. “I want to come home and have things the way they were.”

But more than the town has changed.

“When I was facing 45 years in prison, I felt like God had left me,” Bakker said.

He leaned forward, as if he were in a one-on-one conversation, not in front of a congregation of several hundred.

“That’s the real problem with prosperity teaching,” he said, making sure people remembered that once it had been a cornerstone in his televangelism days.

“If God comes to you when you prosper, do you think he will walk away when you are poor? … There’s a lot of false doctrine going around, and I was preaching a lot of it,” Bakker said.

After 30 years away from the pulpit of his childhood, Bakker had a lot to say, often apologizing for taking more than his allotted time.

He said he takes the church in Muskegon where it all started with him into every pulpit, every conversation, every memory of where he’s been and where he’s going.

He is starting a new ministry in Florida, a church camp for children from the inner cities where, Bakker said, he is reminded “that God brings you through the valley to train you.”

“He gave us a ministry of reconciliation and said, `C’mon, now.’ God is going to use you in the very place you hurt,” Bakker said. 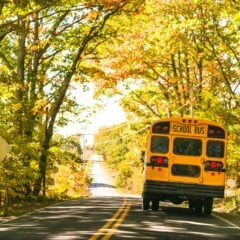 News
ADL partners with L’Oréal USA to promote Holocaust education in the US
Follow us on Facebook!
Submit your photos to RNS