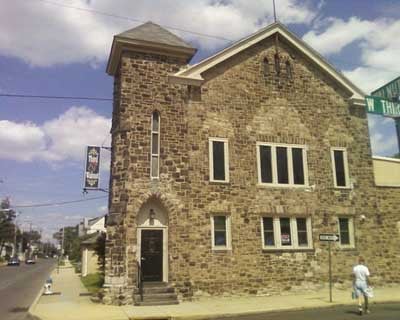 (RNS2-MARCH7) Third and Walnut, a church-turned-bar in Lansdale, Pa., is the site of the first ever Epic Fail Pastors Conference April 14-16. For use with RNS-PASTORS-FAIL, transmitted March 7, 2011. Religion News Service photo courtesy of J.R. Briggs. 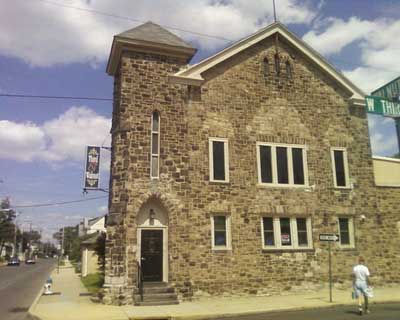 (RNS2-MARCH7) Third and Walnut, a church-turned-bar in Lansdale, Pa., is the site of the first ever Epic Fail Pastors Conference April 14-16. For use with RNS-PASTORS-FAIL, transmitted March 7, 2011. Religion News Service photo courtesy of J.R. Briggs.

(RNS) Sometimes being a pastor is a real pain.

But few pastors want to admit it.

J.R. Briggs in trying to change that.

That’s why Briggs, a blogger and pastor of the Renew Community in Lansdale, Pa., is organizing the Epic Fail Pastors Conference.

Scheduled for April 15-16 at a church-turned-bar 25 minutes outside of Philadelphia, Briggs hopes to makes space for pastors to speak their minds without fear.

The conference grew out of a blog post Briggs wrote last summer.

Most ministers’ conferences are flashy events with rock bands and presentations from big church pastors, who take the stage and talk about their great successes.

But those presentations didn’t match the daily realities for pastors, especially at small churches, Briggs said.

“Most of the time, you feel like I’m never going to be that guy on stage-I am preaching to 42 people, including the noisy kids,” he said.

Briggs hopes the Epic Fail conference will remind pastors that it’s OK to be human and that failure is normal.

After all, most of the leaders from the Bible, he said, were failures.

David was an adulterer who betrayed a close friend. Moses was a murderer. Paul persecuted Christians before his conversion. And the disciples spent a lot of time bumbling around after Jesus.

“The entrance exam for Christianity is admitting you are a failure,” Briggs said.

But pastors, he said, are often expected to be perfect. That means they can’t admit their doubts or failings. If they do, they can be shamed by their peers and parishioners.

So Briggs suggested a conference where leaders could put their worst foot forward.

The response was overwhelming. Hundreds of comments, emails and phones calls flooded in, with tales of ministers’ failings, both personal and professional.

The conference will be held at, fittingly, a church that failed, and became a bar. “The stained glass has been replaced by neon Sam Adams signs and the pews have been replaced by pool tables,” Briggs said.

The conference is relatively cheap at $79, not including lodging, and will be low key. Several pastors will talk about their failures and lessons they’ve learn from them, and there will be time for discussion. Briggs said he’s not revealing the names of speakers ahead of time. But he is insisting that those speakers hang around for the whole event, rather than popping in and then leaving.

Already ministers from as far away as Australia have signed up.

A former pastor who is now an author, McHugh said he tried being honest about his struggles as pastor when he was in ministry.

His parishioners were not thrilled. Some said he was not fit to be a pastor after admitting he’d seen counselors. Others tried to undermine his leadership role.

“I think we all feel a real tension as pastors — we want to be spiritual role-models but we also want to be ourselves and acknowledge that we fail,” he said. “This is why pastoral ministry can be hazardous to our spiritual lives.”

The recession has made things worse.

In some denominations there are more ministers looking for work than there are jobs. Church budgets are tight, meaning many small churches have trouble keeping a full-time pastor.

“The job can be brutal enough already, and the pay is already low, so the financial, emotional, and relational costs, on top of those other costs, for sharing honestly are often not worth it,” said McHugh.

Scot McKnight, blogger and professor of New Testament at North Park University in Chicago, isn’t surprised that the issue of failure has struck a nerve with ministers.

He said that ministry can be especially difficult for pastors of nondenominational churches who don’t have the support structure or a network of peers that a denomination can provide.

He sees signs for hope, though. McKnight said that older church members expected their pastors to be perfect. That’s not always the case with younger church-goers.

“In the previous generation, there was a lot of emphasis that the pastor had to be distant, apart from the congregation, and holy,” he said. “Failure was seen as a sign of betrayal. For this generation, admitting failure is part of the pastoral task.”