(RNS) A counseling student who declined to advise a gay client might have been expelled from her university because of her faith, a federal appeals court ruled on Friday (Jan. 27).

Citing her evangelical Christian religion, Julea Ward disagreed with professors at Eastern Michigan University who told her she was required to support the sexual orientation of her clients. When the graduate student was assigned a client who sought counseling on a same-sex relationship, she asked to have the client referred to another counselor. 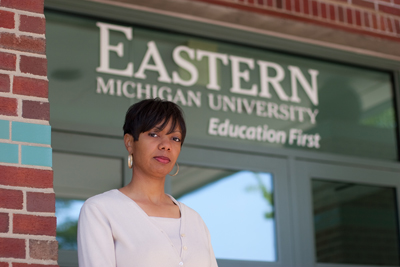 Julea Ward was dismissed from Eastern Michigan University after she declined to counsel a patient in a homosexual relationship as part of her counseling degree program.

Ward was then expelled from the school.

A lower court sided with the university, but Ward appealed, saying the school had violated her First Amendment rights to freedom of speech and free exercise of religion.

On Friday, the 6th U.S. Circuit Court of Appeals agreed that Ward could have a valid claim, and sent the case back to a district court for another hearing.

“A reasonable jury could conclude that Ward's professors ejected her from the counseling program because of hostility toward her speech and faith, not due to a policy against referrals,” the appeals court ruled.

The Becket Fund for Religious Liberty, which has helped defend Ward, hailed the ruling as a victory for religious freedom.

“No individual should be forced out of their profession solely because of her religious beliefs,” said Eric Rassbach, the Becket Fund's national litigation director.

The Ypsilanti, Mich.-based university issued a statement noting that the court has not ruled in favor of Ward, but rather called for more legal consideration.

“This case has never been about religion or religious discrimination,” the university said. “It is not about homosexuality or sexual orientation. This case is about what is in the best interest of a person who is in need of counseling.”