Now those deviations have led to his resignation in an incident that may be tied to global changes to the Catholic liturgy.

On Jan. 29, instead of saying “Lord our God that we may honor you with all our mind and love everyone in truth of heart,” during the opening prayer, he altered the phrasing to better reflect the day's Gospel message, in which Jesus heals a man with a troubled spirit.

“We thank you, God, for giving us Jesus who helped us to be healed in mind and heart and proclaim his love to others,” the 72-year-old priest prayed instead. 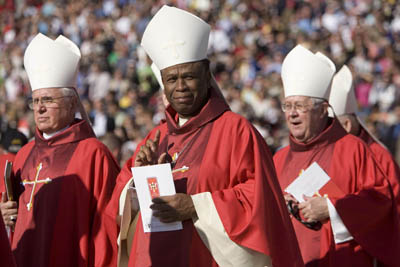 “The problem is that when I pray at Mass, I tend to change the words that are written in the book to match what I was talking about, or what a song is about,” Rowe said in an interview.

The book in question is the Roman Missal, a book of prayers, chants and responses used during the Mass. Rowe has been saying some of those prayers in his own words for years.

But last December, the Vatican-mandated adoption of a new English-language translation of the missal may have given bishops an opportunity to rein in freewheeling priests who have been praying in their own words for decades.

“Since December when the new translation came out, no one has said what would happen to you if you changed stuff,” said the Rev. John Foley, director of the Center for Liturgy at St. Louis University.

“But I find it hard to believe a priest in Illinois would be forced to resign because he wasn't using the exact words from the translation. It's not a strong enough offense for that.”

In the wake of sweeping changes in the church as a result of the Second Vatican Council, some priests in the 1970s began using their own words and phrasing in place of the verbatim translations of the original Latin liturgy in the missal, Foley said. He said there has never been an established penalty for improvising nonalterable prayers, and bishops have traditionally looked past an individual priest's extemporizing.

Monsignor Kevin Irwin, professor of liturgical studies at the Catholic University of America, said there are some prayers said by a priest at Mass in which he is “beholden to the structure, not to the words.”

But there are also prayers that priests are “duty-bound to say,” said the Rev. John Baldovin, professor of historical and liturgical theology at Boston College. Most of the prayers in the missal, in fact, are not optional, he said.

Rowe said his previous bishop, Wilton Gregory, had discussed his off-the-cuff prayer habit with him, referring to the practice as “pushing the envelope.” He said five years ago, Braxton also discussed the matter with him, and asked him to read directly from the missal.

Last summer, Rowe said, the bishop made it clear to his priests that “no priest may deviate from any wording in the official missal.”

Braxton did not respond to a request for an interview with the Post-Dispatch.

In October, two months ahead of the introduction of the new missal translation, Braxton said he couldn't permit Rowe to continue improvising, according to Rowe. The priest offered his resignation but didn't receive a response.

On Monday, Braxton wrote Rowe a letter informing him that he'd accepted his resignation.

The action did not sit well with the nearly 500 families at St. Mary's.

“The ways Father changed the Mass ritual with his words have only made it more meaningful to us as opposed to distancing us from the church,” said Alice Wirth, principal at St. Mary's School.

“Everything he does is based on our faith; it's not just a whim. There's a reason for every word he prays.” 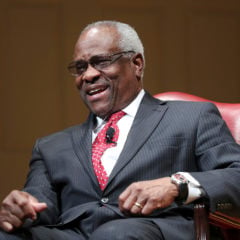