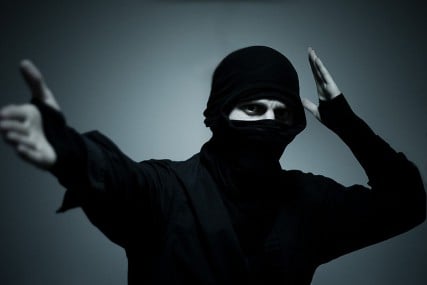 In an effort to build self-reliance, thousands of Iranian women are training to be ninjas. Right now.

The blogosphere is still hoppin' about the tiff between the Obama administration and Catholic bishops over healthcare coverage and contraception. Christian author Diana Butler Bass was especially unimpressed with the Catholic position…

…While RNC presidential candidate Mitt Romney seems to be taking the Bishop's side, equating Obama's decision to an attack on religious liberty…

Remember that “Why I Hate Religion But Love Jesus” video that got so much attention (and inspired some phat rhymes here at Godbytes)? There have apparently been a lot of responses/copycats, and Sojourner's God's Politics blog has a handy roundup up of 'em all.

Finally, your Video of the Day fits with our theme and can be summed up in one word: Nunjas.