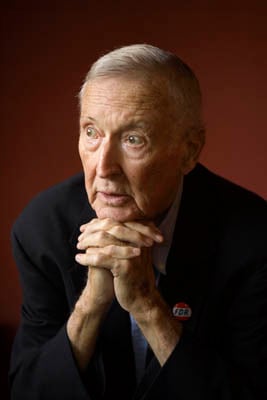 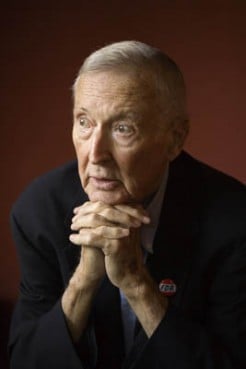 William Hamilton, who died Tuesday, considered himself a Christian, but did not go to church.

PORTLAND, Ore. (RNS) William Hamilton, the retired theologian who declared in the 1960s that God was dead, died Tuesday (Feb. 28) in his downtown Portland apartment. He was 87.

Hamilton said he'd been haunted by questions about God since he was a teenager. Years later, when his conclusion was published in the April 8, 1966, edition of Time Magazine, he found himself at the center of a theological storm.

Time christened the new movement "radical theology," and Hamilton, one of its key figures, received death threats and inspired angry letters to the editor. He lost his endowed chair as a professor of theology at what was then Colgate Rochester Divinity School in 1967. 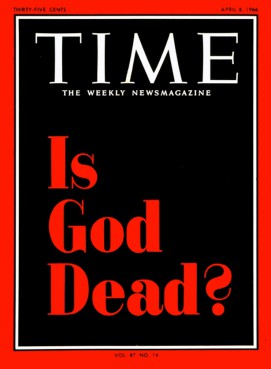 Hamilton moved on to teach religion at New College in Sarasota, Fla., and then joined the faculty at Portland State University in 1970. He taught classes in religion, literary criticism and death and dying for the next 14 years.

"He was a gifted and inspiring teacher, a person of vibrant and wide-ranging intellect," says Ronald Carson, who met Hamilton in 1962 and has been his friend for 50 years.

Carson recalled hearing Hamilton speak for about 10 minutes and being "mesmerized."

"I have no idea what he said," he said, "but I remember going away from that session and thinking, 'I would love to be like him.'"

Hamilton was Carson's teacher at Colgate and recruited the younger man to teach at New College.

"He was curious, questioning, skeptical and sort of caused his students to take up that attitude toward what they were learning," said Carson, who now teaches in the honors college at the University of Texas at Austin. "I am missing him today."

In addition to teaching, Hamilton often spoke at churches, where Christians were struggling with the same questions that had spurred his studies. The image of God as all-knowing and all-powerful couldn't be reconciled with human suffering, especially after the Holocaust, Hamilton said in a 2007 profile in The Oregonian.

"I wrote out my two choices: 'God is not behind such radical evil, therefore he cannot be what we have traditionally meant by God' or 'God is behind everything, including the death camps -and therefore he is a killer.'"

He discovered that he no longer believed in an active God.

"The death of God is a metaphor," he said. "We needed to redefine Christianity as a possibility without the presence of God."

While Hamilton may have paved the way for the most recent wave of strident atheism, he wasn't a fan of best-selling writers who attacked religion in general or Christianity in particular.

"There is a self-righteousness, a glibness in their writing," he said. "They are too sure of themselves. They've backed themselves into a fundamentalist mode."

For his part, Hamilton saw himself as a Christian who no longer went to church.

"The death of God enabled me to understand the world. Looking back, I wouldn't have gone any other direction. I faced all my worries and questions about death long ago."

Hamilton is survived by his wife of 62 years and five children, eight grandchildren and four great-grandchildren. No funeral services are planned.

(Nancy Haught writes for The Oregonian.)

Related Posts
By Alejandra Molina
‘Your fight is my fight’: Latino clergy and faith leaders rally behind Black Lives Matter
By Jeffrey Salkin
Warning: Your piety might be dangerous to your health
By Yonat Shimron
Is the rise of the nones slowing? Scholars say maybe
By Adelle M. Banks
Often-reticent Justice Clarence Thomas speaks about his faith in new documentary
By Alejandra Molina
'Yes in God’s Backyard' to use church land for affordable housing