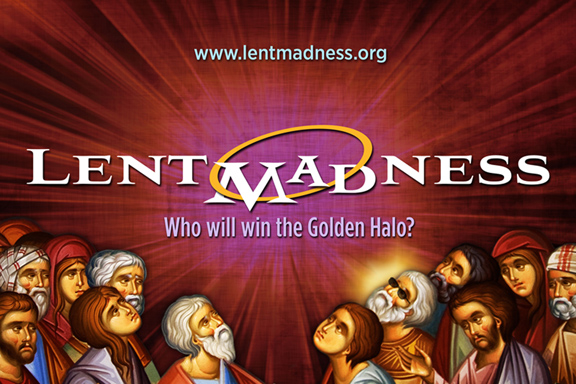 For three years running, "Lent Madness" has taken to the Internet as a competition between Episcopal saints in a single-elimination bracket tournament resembling the one followed by March Madness fans.

This Lenten devotional, first created by the Rev. Tim Schenck on his blog, "Clergy Family Confidential," allows readers to learn about and vote for the saints presented daily on the website, with the winning saints moving closer to the coveted prize of the Golden Halo.

"I was looking for a fun way to embrace the Lenten season," said Schenck, rector of St. John's Episcopal Church in Hingham, Mass.

"Lent doesn't have to be all doom and gloom," said Schenck. His goal, he says, is to help people "connect with the risen Christ during this season" and to "have a bit of fun in the process."

Combining his love of sports and passion for the saints, the Lent Madness competition includes 32 holy men and women from the Episcopal Calendar of Saints. The saints move through the Round of the Saintly Sixteen, the Elate Eight and the Final Four. After the championship, the winning saint is crowned with the Golden Halo on the Wednesday before Easter.

In the first round, saints are introduced in mini-biographies of their lives and works, elaborated on in succeeding rounds with saintly kitsch and trivia.

Episcopal saints are defined by Schenck as "people who are heroes in the church. ... They are not perfect but they are faithful." Catholic saints, in contrast, are formally canonized.

"When we think about saints, we tend to immobilize and immortalize them in paintings," said Schenck. "We forget they are human beings; that's what we reveal in Lent Madness."

The saints selected are a diverse group of biblical, ancient and modern men and women.

Lent Madness 2012 was improved technologically with its own website and a better voting system thanks to Schenck's friend, the Rev. Scott Gunn.

In the first year of Lent Madness, Gunn led the rally for 17th-century priest and poet George Herbert to be the first winner of the Golden Halo. In 2011, he was invited to be an "active campaigner" for Final Four contestants. 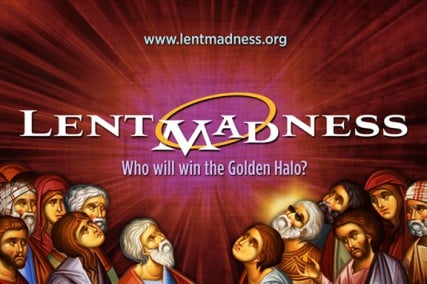 The logo of Lent Madness, begs the question, `Who will win the Golden Halo?'

Like Schenck, he sees no reason why Lent can't be fun.

"One of the main things that's wrong with Christianity is that we take ourselves far too seriously and we don't take Jesus seriously enough," said Gunn.

This year, the two friends linked Lent Madness with Forward Movement, a ministry of the Episcopal Church most known for its daily devotional "Forward Day by Day." Gunn, the executive director, said they saw the partnership as a chance for both Lent Madness and Forward Movement to increase their visibility, through Facebook and the website.

"It has just exploded this year," said Schenck.

In 2011, four "celebrity bloggers" were recruited to advocate for saints who made it to the Final Four. Eight bloggers were invited for this year's tournament, and they do almost all of the writing and research for Lent Madness.

"I'm very impressed with what people are saying and writing," said the Rev. Penny Nash, associate rector at Bruton Parish Episcopal Church in Williamsburg, Va., and a celebrity blogger for the tournament.

"They are asking how the saints have something to do with them today and are really taking it to heart." 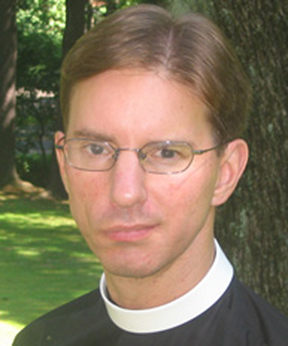 Schenck and Gunn are looking forward to an ever-expanding Lent Madness community and have already begun discussing how things can be improved for next year.