CHAPEL HILL, N.C. (RNS) For years, nonbelievers rejoiced at the publication of a new book by New Testament scholar Bart Ehrman, relishing the professor's pugnacious attacks on the cherished beliefs of evangelical Christians. 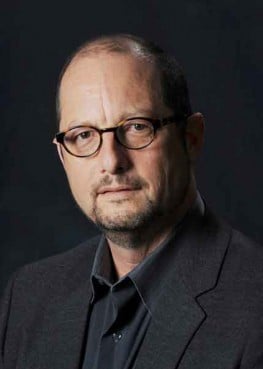 Bart Ehrman, Religious Studies at the University of North Carolina at Chapel Hill.

But in his latest offering, the University of North Carolina historian and author of such provocative titles as “Misquoting Jesus,” “Forged,” and “Jesus Interrupted,” targets the very crowd that formed the bulk of his audience.

In “Did Jesus Exist? The Historical Argument for Jesus of Nazareth,” Ehrman soundly refutes the arguments — sometimes made by atheists, agnostics and humanists — that early storytellers invented Jesus.

As Christians prepare to celebrate the resurrection of Jesus, Ehrman, an agnostic, convincingly demonstrates in clear, forceful prose that there was a historical Jesus, a Jewish teacher of the first century who was crucified by Pontius Pilate. As for the so-called “mythicists” who argue otherwise, Ehrman has some choice words: “sensationalist,” “wrongheaded,” and “amateurish.”

The fact that Ehrman is siding with Christians on the historical truth of Jesus does not indicate a change of heart, much less a conversion. Instead, he said, it's an attempt to say, “history matters.”

But for fellow nonbelievers, who cheered Ehrman's previous books as proof that evangelicals are wrong about many biblical claims, the latest publication seems like the beginnings of family feud, if not an outright betrayal.

Some have already suggested Ehrman is painting atheists with too broad a brush.

“I don't personally know a single atheist who would deny that Jesus existed,” said Louise Antony, professor of philosophy at the University of Massachusetts Amherst. “It would be really unfair to suggest that it's part of being an atheist to deny the existence of Jesus as a historical person.”

Yet Ehrman who said he spent a summer boning up on mythicist books, such as “The Greatest Story Ever Sold,” and “The Jesus Mysteries,” sees a growing embrace of the position that Jesus was a fictional figure.

Ehrman said he had long received occasional emails from atheists and others asking him if he thought Jesus actually lived. Then last year, he accepted an award at a meeting of the American Humanist Association in Cambridge, Mass. While there, he was dismayed to find many humanists, who describe themselves as “good without God,” adhered to widely discredited notions that Jesus never lived. 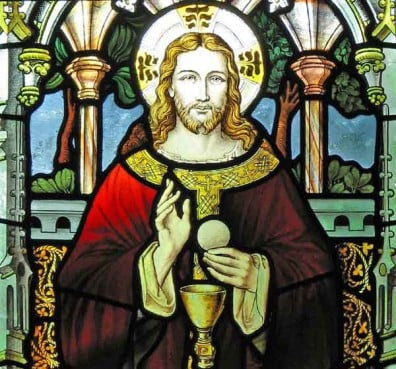 It eventually dawned on him that the Jesus deniers were the flip side of the Christian fundamentalists he had long ago foresworn. Both were using Jesus to justify their relationship to Christianity.

“I keep telling Christians, they don't have to be afraid of the truth,” said Ehrman.  “The same thing applies to atheists and humanists. It's not going to kill them to think Jesus really existed.”

Largely missing from the quarrel is an acknowledgement of how far atheists and agnostics have come.

“They're squabbling over the existence of a man, not a messiah or a god,” said Ryan Cragun, a sociologist at the University of Tampa. “No one is saying Jesus was God. If you step back it's not that cataclysmic.”

If anything, said Cragun, who studies atheists, the sparring may be a sign the atheist movement is maturing. Meanwhile, evangelical Christians, watching from the sidelines, are enjoying a breather.

“I wrote Bart a note and said, 'Thank you for doing our dirty work for us,'” said Ben Witherington, professor of New Testament at Asbury Theological Seminary in Wilmore, Ky., and an evangelical blogger. “This saves us some time.”

What do mythicists argue?
If Jesus really existed, mythicists ask why so few first-century writers mention him. These mythicists dismiss the Gospel accounts as biased and therefore non-historical. To many mythicists, the Jesus story is based on pagan myths about dying and rising gods.

What does Ehrman argue?
Ehrman points out that only about 3 percent of Jews in Jesus' time were literate, and Romans never kept detailed records. (Decades after Jesus' crucifixion, three Roman writers mention Jesus in passing, as does the Jewish historian Josephus.) Though the Gospel accounts are biased, they cannot be discounted as non-historical.  As for Jesus being a Jewish version of the pagan dying and rising god, Ehrman shows that there is no evidence the Jews of Jesus' day worshipped pagan gods. If anything, Jesus was deeply rooted in Jewish, rather than Roman, traditions.