(RNS) A coalition of 11 Christian student groups at Vanderbilt University are insisting their leaders should be chosen based on shared faith — the newest front in a growing battle over “religious freedom.”

The campus groups, who call themselves Vanderbilt Solidarity, joined together to oppose the university’s “all-comers” policy, which says student groups must be open to all students, including in leadership, regardless of race, gender, sexual orientation or religion.

The religious groups say they cannot be led by students who do not share or profess their group's faith. 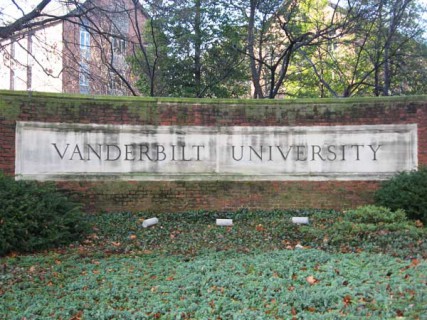 “Until recently, Vanderbilt explicitly protected the freedom of all student organizations to select members and leaders who shared and supported the group’s purpose, including — for religious groups — its faith,” the Solidarity groups said in a statement on Monday (April 9).

Claiming the policy violates “the central tenets of our faith,” the faith-based groups applied for registered status on campus, but included their own constitutions containing faith-based requirements for leadership positions. If the school does not recognize the constitutions, the groups would be considered unregistered next year.

Solidarity’s decision comes two weeks after another campus group, Vanderbilt Catholic, decided not to register as an official student organization because of the school’s policy.

“All registered student groups at Vanderbilt must be open to all students, and members in good standing must have the opportunity to seek leadership positions,” said Beth Fortune, vice chancellor for public affairs. “This debate is about nondiscrimination, not religious freedom, and we stand behind our policy.”

The group of 11 urged the university to respect their religious freedom as they continue to share their beliefs on campus.

“Even while taking this action, we — the religious students and ministries represented by Solidarity — continue to pray that our much beloved University will change course.”

Religion Hub
Another Texas execution delayed on religious freedom claims
Follow us on Facebook!
Submit your photos to RNS