LOS ANGELES (RNS) Even though she met her husband through an arranged marriage, Pooja Sindhwani considers herself a modern woman. She worked in interior design in her native India for four years, and she and her husband spent a year getting to know each other before their wedding. When she followed her husband to Houston, she wasn't worried about adjusting to life in the United States. 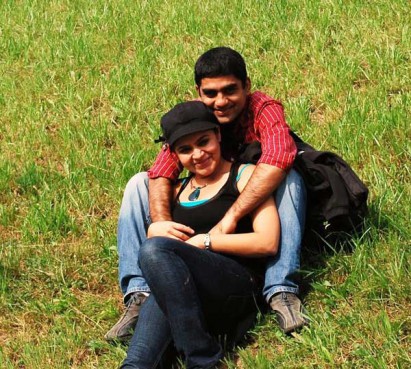 Even though she met her husband through an arranged marriage, Pooja Sindhwani considers herself a modern woman. She worked in interior design in her native India for four years, and she and her husband spent a year getting to know each other before their wedding. When she followed her husband to Houston, she wasn't worried about adjusting to life in the United States. Sindhwani is photographed with her husband, Karan Kakar.

“You feel you're going to a country that offers opportunities,” Sindhwani said, “you expect that things will work out.”

Except when they don't.

Unable to land a job in Houston, Sindhwani slipped into depression. Like thousands of Indian women, she was issued an H-4 “dependent spouse” visa that did not allow her to work.

Sindhwani's husband was a highly skilled foreign worker, sponsored by a U.S. company on an H-1B visa. The Indian women who marry highly skilled workers also tend to be well-educated professionals. Many think it will be easy to transfer from a dependent spouse visa to a work visa.

The constant rejections from companies that couldn't sponsor her work visa took a toll on Sindhwani.

Her friends, her husband and her family back in India couldn't understand her unhappiness, Sindhwani said.

“'What do you do the whole day?' That was the one question I always dreaded.” It hurt her so much that she stopped going to social gatherings in the Indian community.

At her lowest point, Sindhwani Googled “H-4 visa feeling frustrated”  and found forums for “H-4 ladies” that were filled with Indian women. Of the 66,176 H-4 visas distributed in fiscal year 2010, more than half — 38,833 — were given to Indians, according to the U.S. State Department.

“I'm not the only person in this boat,” she realized.

Yet even as her modern values collided with traditional gender roles, Sindhwani found consolation in ancient spiritual practices.

The online forums allow women to post questions about how to find work, while veterans offer suggestions about how to fill long days without a job: Volunteering, going back to school, finding a hobby, shopping, cooking Indian food, working out. Many leave their email addresses and suggest local meet-ups.

Through a forum, Sindhwani connected with Meghna Damani of New Jersey, who in turn introduced her to Soka Gakkai International, a Buddhist organization known for its evangelism and ethnically diverse following. 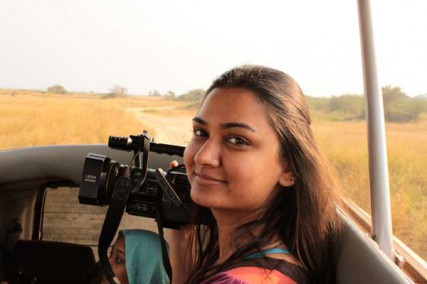 Meghna Damani turned to Soka Gakkai International, a Buddhist organization known for its evangelism and ethnically diverse following, after she was driven to suicidal thoughts over her H-4 visa status.

Soka Gakkai's daily chanting had restored Damani after she, too, was driven to suicidal thoughts over her H-4 visa status. “It's based on the theory of karma, that everything is cause and effect, but it has incredible hope because you can change your karma in this lifetime,” she explained.

The law of cause and effect spans across reincarnated lifetimes, which can lead to fatalistic attitudes.

SGI has been criticized for what some see as aggressive proselytism, but it has grown in popularity among young professionals in India because it “illuminates one's life with wisdom and a sense of compassion and also with a sense of purpose,” said Bill Aiken, director of public affairs for SGI-USA.

Damani found her sense of purpose in making a documentary about H-4 visas called “Hearts Suspended.” Too many Indian women simply accept their lot, even if they're unhappy, she said.

Sindhwani still considers herself a Hindu, but the Buddhist practices she learned through Soka Gakkai have created “a shift in power and control in me,” she said. It also helped her appreciate the things she has, like a supportive husband.

Not all women on H-4 visas are so lucky. Some women join unknown husbands in the U.S. after their parents arrange marriages through matrimonial websites. The H-4 visa and its stay-at-home status reaffirms traditional familial roles.

“In our culture it is so dependent on the men. If the girl is getting married, then she needs to move to where the man is,” Sindhwani said. “I think that's something that actually needs to be discussed rather than be assumed.”

Prazrajika Saradeshaprana, a monastic at the Vedanta Society of Hollywood, said Hinduism could be a resource for women. Being secularly minded, though, the H-4 women aren't likely to have intellectual training in their faith tradition.

“The foundation of any suffering is lack of religious understanding,” she said. “Your true worth does not come from your work or your relationships. … The Hindu tradition says that you are the manifestation of the divine presence.”

The Vedanta Society offers a Western style of Hindu philosophy, while traditional temples remain places of individual devotion. Saradeshaprana suggests that study groups would help women mine their tradition for support.

For Sindhwani, Buddhism and the diversity of Soka Gakkai taught her that her suffering is not unique to H-4 visa holders.

“Buddhism and spirituality came to me at a point of time when I needed that one thing in my life to depend on or hold on to,” she said. “At the end of the day we have the same challenges and same troubles.”

Opinion
Monsters, meditation and Marie Kondo: the religious roots of Japan’s ‘waste not’ ethic
Follow us on Facebook!
Submit your photos to RNS