(RNS) Muslim civil rights activists are headed to court to end a New York City Police Department program that they say violates their constitutional rights by spying on Muslims based only on their religion.

The lawsuit, Hassan et al. v. City of New York, is the first legal challenge against the NYPD's alleged spying and profiling of Muslim Americans in New York, New Jersey and Connecticut that was first reported by The Associated Press last year. The suit, to be filed Wednesday (June 6) in a federal court in New Jersey, seeks an “immediate end” to the NYPD surveillance program, and calls for the NYPD to destroy all records of information obtained through the program. 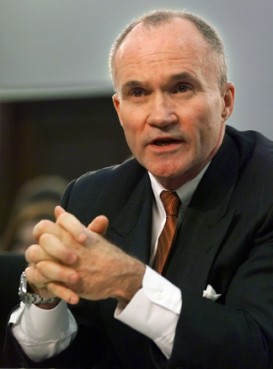 Muslim groups have called for the resignation of New York Police Department Commissioner Ray Kelly after the NYD admitted to screening a controversial film about Islam to 1,500 officers, and targetting Shiite mosques for surveillance.

“It’s come to the point that the community feels like politicians have failed them, so now they’re turning to the courts to seek justice,” Khera said.

By allegedly spying on Muslim-owned businesses, mosques and community centers, the NYPD violated the First Amendment right of free practice of religion, and the Fourteenth Amendment's equal protection of all citizens, she said.

“A program that targets Muslims just because they’re Muslim is clearly in violation of these amendments,” said Khera.

Paul Browne, deputy commissioner of the NYPD, told Religion News Service that the program was “lawful and appropriate, and in keeping with efforts there (in New Jersey), in New York, and around the world to prevent terrorists from returning here to kill more New Yorkers.”

City officials have defended the program repeatedly, with New York Mayor Michael Bloomberg saying in February that “the police department goes where there are allegations. And they look to see whether those allegations are true.”

A three-month review by New Jersey Attorney General Jeffrey Chiesa concluded there was no evidence to show the NYPD’s activities in the state violated New Jersey’s civil or criminal laws, a finding that deeply disappointed Muslim groups.

The plaintiffs are a collection of mosques and Muslim-owned businesses named in the NYPD reports, and individual New Jersey Muslims who visited the organizations mentioned in NYPD reports.

“It saddens me that despite serving my country, the NYPD leadership views me as a suspect because of the way I pray,” said Spec. Farhaj Hassan, the lawsuit’s lead plaintiff and an active U.S. Army National Guardsman who served 14 months in Iraq.

After Rutgers University junior Moiz Muhammed heard that the NYPD allegedly spied on his school’s Muslim Student Association, to which he belonged, he stopped performing ritual prayers in public view, and became scared to talk with strangers about religion or politics.

“For all I know, someone could interpret my praying as a sign of extremism, or be wearing a tape recorder and taking my comments out of context,” Muhammed said. “People need to realize this is not a good way to get intelligence. A much better solution would be to engage Muslims.”