ST. LOUIS (RNS) The board of the nation’s largest association of theologians issued a statement Thursday (June 7) in support of Sister Margaret Farley, a Yale theologian whose work in sexual ethics was publicly criticized by the Vatican earlier this week. 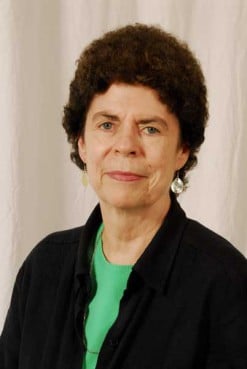 The Catholic Theological Society of America, with 1,300 members, is meeting in downtown St. Louis through Sunday.

In its statement, the board called Farley, who is a former president of the association, a “highly respected member of the theological community,” and said that it was “simply a matter of fact that faithful Catholics in every corner of the Church are raising ethical questions like those Professor Farley has addressed.”

On Monday, the Vatican’s doctrinal office, denounced Farley’s book, “Just Love: A Framework for Christian Sexual Ethics,” saying it was “not consistent with authentic Catholic theology.”

In a statement issued by Yale Divinity School this week, Farley said her book “was not intended to be an expression of current official Catholic teaching, nor was it aimed specifically against this teaching.”

Farley is scheduled to speak at the conference Friday evening.

Farley’s case follows the Vatican’s denunciation in April of the Leadership Conference of Women Religious, or LCWR, which is the umbrella group representing most of the 57,000 nuns in the U.S. Earlier this month the LCWR sharply rejected the Vatican’s criticisms that its members were doctrinally suspect and focused on social justice at the expense of reiterating church teachings on abortion and same-sex marriage.

On Thursday, leaders of the Franciscan communities of men in the U.S. gave their support to the LCWR. On Friday leaders of the male counterpart to the LCWR, the Conference of Major Superiors of Men, which represents vowed religious communities of men in the U.S., praised the women’s group and offered “prayerful support” as LCWR leaders prepare to meet with Vatican officials.

The CMSM statement said that its members “have been inspired by the sisters’ promotion of Catholic social teaching, their service to so many in health care and education, and their fidelity to the Gospel and service in the Church.”

LCWR leaders will meet on June 12 in Rome with Cardinal William Levada, the former archbishop of San Francisco who now heads the Vatican’s doctrine office, the Congregation for the Doctrine of the Faith. That office is leading the Vatican’s effort to take control of the LCWR.