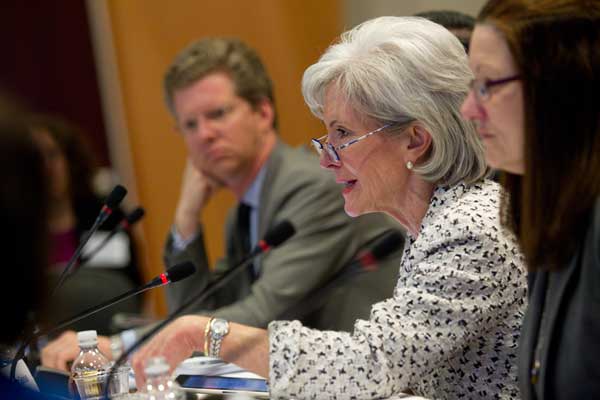 (RNS) A coalition of nearly 150 religious leaders, led by conservative Protestants, have petitioned the Obama administration to broaden the exemption that allows churches and some religious organizations to avoid a controversial new mandate that all health care insurers provide free contraception coverage. 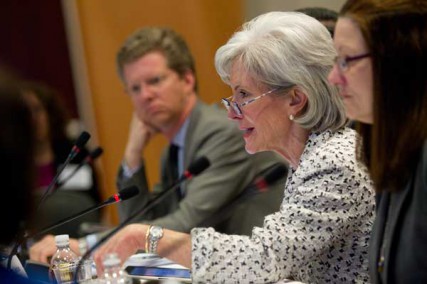 In a letter sent Monday (June 11) to Health and Human Services Secretary Kathleen Sebelius, the 149 religious leaders note that they hold differing views on “the moral acceptability” of birth control and on the viability of various administration proposals to allow faith-based groups to bypass the mandate for contraception and sterilization coverage.

[READ THE FULL TEXT OF THE LETTER AND SIGNATORIES BELOW]

But they said they share a strong objection to the language that defines which "religious" groups are eligible for an exemption, saying the definition creates a “two-class system” of religious groups: churches, which qualify under the wording of the exemption, and “faith-based service organizations,” which may or may not qualify.

Diverse critics of the mandate have found a common rallying point in opposition to the exemption definition. The regulation currently states that to qualify as exempt, an organization must be dedicated to promoting its religious values, must primarily employ and serve people who share the group’s beliefs, and must be a nonprofit.

The administration says the regulation would go beyond houses of worship to cover most religious groups, except for universities and hospitals. Officials also say the federal regulation, which is based on a definition used in contraception mandates in some states, would not be applicable in anything beyond the birth control policy.

But religious groups remain wary, at best, of such promises, and are pressing the White Houses to broaden the exemption or drop the mandate altogether.

A dozen Catholic groups and individuals -- mainly conservative colleges and activists -- signed the letter but no Catholic bishops joined in. The bishops have been at the forefront of efforts to alter or overturn the contraception mandate, and are pursuing their own high-profile course of legal action and political lobbying. The Catholic hierarchy has also made it clear that it has problems with the mandate that go well beyond the exemption.

The bishops are meeting in Atlanta this week to discuss their strategy against the mandate, which they are framing as a campaign for religious freedom.