(RNS) Stephen Mansfield, an evangelical author who has written widely about the faith of politicians, turns his attention to Mormons in his latest book, “The Mormonizing of America.” 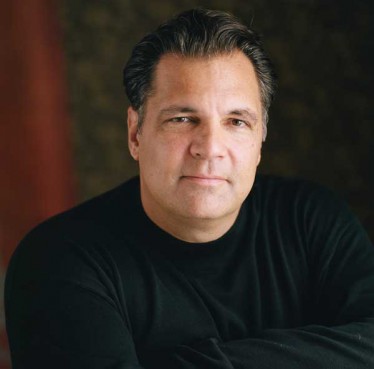 Stephen Mansfield, an evangelical author on the faith of politicians, has turned his attention to Mormons in his latest book, “The Mormonizing of America.”

He talked with Religion News Service about how the Church of Jesus Christ of Latter-day Saints -- including GOP presidential candidate Mitt Romney -- has progressed from persecution to prominence.

Q: How much will a win or a loss by Romney in this year’s election affect the image of Mormons?

A: A loss will not hurt the church because the fact that a group that was a despised cult around 80 years ago is running a serious candidate for president this year is an amazing accomplishment.

And if he wins, I think you’ll have, on the one hand, him as the poster child of Mormon sort of secular success as a product of their values. And, on the other hand, the fact that the LDS will come into even greater prominence means that even more people will begin to examine the life and character of (founder) Joseph Smith, the life and character of Brigham Young, the season of polygamy, Mountain Meadows, all those things that are not very happy to Mormon memory.

Q: You write of the “Mormon Machine,” traits that help LDS church members have influence. What makes that machine run?

A: The success of Mormonism is it has a very mystical, spiritual vision that has a very earthly practical benefit. That’s why I call it the Mormon machine. I certainly don’t mean anything political. If you are a Mormon, you understand that you are in this world to pass obstacles to “show yourself worthy” and you’re doing that before the Heavenly Father but it comes down to not smoking, not drinking, not ingesting caffeine, having a large family or a number of children.

Q: And what, if anything, might cause that machine to sputter?

A: What might cause it to sputter -- and there’s already some fraying -- is a lack of commitment on the part of people who consider themselves faithful Mormons to some of those distinctives.

Q: Why do you consider Mormonism to be like the McDonald’s of American religion?

A: Joseph Smith thought that the overheated revivals, on the one hand, in Upstate New York, and the traditional dead church, as he would have called it, both kept spiritual experience from the average guy. And Mormonism essentially turned every man into a priest of God and gave him supernatural power.

Q: You cite numerous of Joseph Smith’s “convenient revelations.” Which one stands out the most for you?

A: The one that was most troubling to me is the one that he receives from Heavenly Father supposedly when his wife is not happy about polygamy. The idea that this man would in a sense literally beat his wife into submission with a revelation from God and literally threatens to destroy her if she doesn’t comply is one of the things that makes me see him as false.

Q: Are you now more or less likely to defend Mormonism when evangelicals call it a cult?

A: My basic approach is to get people to work with Mormons for social good today and to be informed about their history, which in my case leads me not to accept the supernatural side of their history that they claim but still embrace them and have friends among them. That’s what I urge evangelicals to do.

Q: Your research included visiting Brigham Young University. Why does it have an especially large candy store?

A: Mormons do not drink alcohol. They don’t do drugs. They don’t even drink caffeine but they love them some candy. So there is a big ol’ candy store in the Brigham Young bookstore. When I saw it, my guide, said, “We don’t drink. We don’t do drugs. So M&Ms are my drug of choice.’’ He was laughing, of course, but that’s the deal. It looked like something that would be at Disneyland.