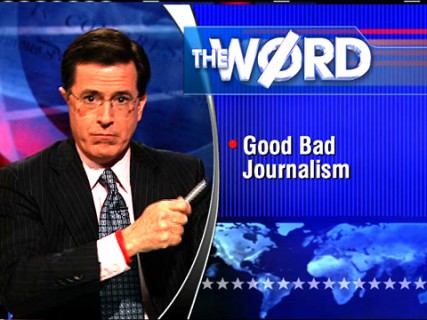 Since I've been keeping a steady eye on the Episcopal Church for more than six years, I'm always interested in what other journalists have to say about it. In most cases, I learn something.

Every once in a while, though, I read something so counterfactual that I feel compelled to speak out.

For instance, there's the recent Wall Street Journal column that was so risibly uninformed that even Get Religion gave it a Bronx cheer.

For example, Douthat writes the Episcopal Church is “flexible to the point of indifference on dogma, friendly to sexual liberation in almost every form, willing to blend Christianity with other faiths, and eager to downplay theology entirely in favor of secular political causes.”

To underscore his point, Douthat links to a Christianity Today piece about a former Episcopal priest who also embraces Islam and a one-time candidate for bishop who practices Zen meditation.

But Douthat doesn't tell his readers that the former priest, Ann Holmes Redding, was defrocked by her bishop; and Kevin Thew Forrester's election as bishop was by nullified by a majority of Episcopal dioceses.

So, it seems that Episcopalians are not quite as willing to “blend Christianity with other faiths” as Douthat would have his readers believe.

Of course, Douthat is entitled to his own opinion. But good journalism tells the whole story, pesky facts and all.