Surprisingly, winning one when you’re fasting for Ramadan is not that much harder. 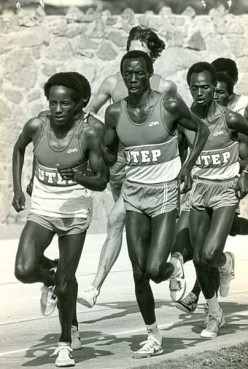 At least, not for Suleiman Nyambui of Tanzania, who took silver in the 5000 meters at the 1980 Summer Olympics while fasting for the Islamic holy month.

“Once you decide to do something, Allah is behind you,” said Nyambui, who enjoyed a successful track career at the University of Texas El-Paso and is now secretary-general of Tanzania’s athletics association.

As in 1980, this summer’s London Olympics coincide with Ramadan, when Muslims are required to abstain from food, drink, and sex for much of the day. Ramadan begins Thursday night (July 19) and the Olympics run from July 27-Aug. 12.

Fasting during the month of Ramadan, when Muslims believe the Quran was revealed to the Prophet Muhammad, is one of the five pillars of Islam. All able-bodied Muslims are expected to fast, unless they are traveling, sick or face health risks. The idea is that fasting allows Muslims to empathize with the plight of the impoverished and to become more conscious of God.

This year, more than 3,000 Muslim athletes will compete in the Olympics, but many will not fast, a decision that has been sanctioned by religious authorities. While Muslims are increasingly common on Western teams — for example British rower Mohamed Sbihi and French boxer Rachid Azzedine — no Muslims made the U.S. team this year. 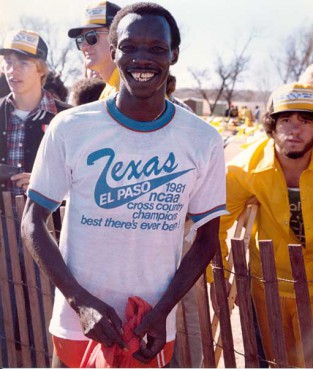 Nyambui said the hard part about track is training. Competing is easy. Had Ramadan occurred before the Olympics, when athletes prepare their bodies for competition, then his performance would have suffered, he said. He acknowledged that fasting can present difficulties for athletes, but usually only during the first or second weeks of Ramadan when the body is still adjusting to the rigors of fasting.

“After that people are used to it,” said Nyambui, speaking from his office in Dar es Salaam, Tanzania's largest city. “People play soccer, they can go jogging, they can go swimming.”

Some medical studies have found that fasting clearly hurts athletic performance. Others found nearly no consequences. Doctors say the impact of fasting also depends on factors like weather and time of day. A morning race on a cool day would be easier for a fasting athlete than a late afternoon race on a hot day.

Islam has traditionally maintained that sick people and travelers can skip their fasts and make them up later, and Islamic clerics in Egypt and the United Arab Emirates extended these exemptions to their country's Olympic athletes this year.

Many other Muslim athletes have said they would also postpone their fasts until they were finished competing. Sbihi, after consulting a cleric, said he would donate 60 meals for every fast he missed to poor people in Morocco, where his father is from.

Some Muslims have criticized the exemptions as cop-outs. But many others say they demonstrate Islam’s flexibility and undermine perceptions of the faith as rigid and dogmatic.

“If you’re chosen to represent your country, that is a huge responsibility, and to jeopardize that is almost un-Islamic,” said Zahed Amanullah, an American Muslim who has lived in London since 2003, and plans to take his daughter to the tae kwon do and volleyball events.

“Extremism is built on the sense that you always have to do the maximum,” Amanullah said. “This demonstrates that Islam is not about doing things to the maximum all the time. It’s about being balanced and moderate and reasonable.”

Amanullah, who worked as construction manager on a few Olympic buildings, also believed the Summer Games will give British Muslims a chance to show themselves as a part of British society. The Muslim athletes will also offer an implicit rebuke to the suicide bombers who terrorized London on July 7, 2005, the day after the city was awarded the 2012 Olympics, he said.

“I always watch the Olympics with a lot of interest. But I am specifically interested in following these women and seeing how they do,” said Dr. Sarah Kureshi, a family physician in Washington D.C., who ran track at the University of Central Florida in Orlando.