(RNS) A federal appeals court has upheld Georgia’s ban on bringing guns into places of worship.

The Rev. Jonathan Wilkins, a Baptist pastor, and a gun-rights group had argued that church members should have the right to carry guns into worship services to protect the congregation. 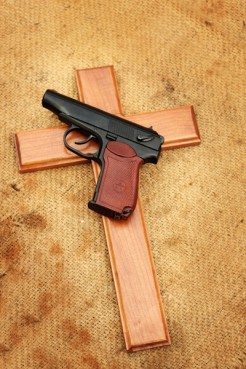 A federal appeals court has upheld Georgia?s ban on bringing guns to places of worship.

But the 11th U.S. Circuit Court of Appeals ruled Friday (July 20) that a Georgia law adopted in 2010 does not violate the Thomaston congregation’s First and Second Amendment rights.

Gun-rights advocates might want a weapon for self-defense, but that is a “personal preference, motivated by a secular purpose,” the court ruled.

Jerry Henry, executive director of GeorgiaCarry.org, said the minister and his organization are mulling an appeal to the U.S. Supreme Court.

“We think they’ve got it wrong again,’’ he said in an interview Tuesday (July 24).

“The church’s First Amendment right prevails over the state right to tell them what they can and cannot do,” Henry said.

“A place of worship’s right, rooted in the common law, to forbid possession of firearms on its property is entirely consistent with the Second Amendment,” the court said.