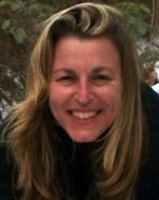 Somma has worked as a reporter for numerous media companies in Connecticut in the last 15 years, among them: The Waterbury-Republican American, The Danbury New Times, The Hartford Courant and most recently at WFSB-TV as a multi-media producer. While at the Courant, Somma dabbled in the faith beat, covering stories on Muslim burial rites, shocking revelations of the Legionaries of Christ’s founder fathering a child, billboards promoting Islam understanding and other reports.

Twice Somma has been honored for her work. In 2003 the Society of Professional Journalists awarded her first place in the breaking news story category, and in 2005, she won second place for her feature writing from the New England Associated Press News Executive Association.

“I’m very excited about the launch of HartfordFAVS and the opportunity to share stories and viewpoints of the Hartford religious community,” Somma said.

HartfordFAVS.com is expected to launch in early September.

Yonke is no stranger to the religion news community. He covered the faith beat for The Toledo (Ohio) Blade for more than a decade before leaving to create ToledoFAVS.com. 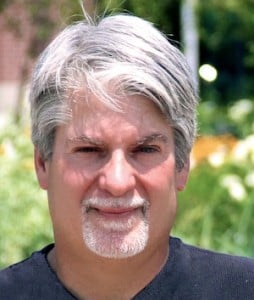 During his tenure at the Blade, Yonke won numerous awards for his faith coverage, including Religion Newswriters Association’s own Cornell Award for Religion Reporter of the Year for Mid-Sized Newspapers (honorable mention, 2011, second place, 2008), the 2008 SPJ Award for Best Religion Reporter in Ohio, and the 2003 Investigative Reporter of the Year Award from the Ohio Associated Press for a series on clerical sex abuse and cover-up in the Toledo Catholic Diocese.

“I have been working for daily newspapers for more than three decades, including the last 12 as religion editor for The Toledo Blade, and am excited to be making the transition to a web-based news site with ToledoFAVS.com,” said Yonke. “I share the vision of the Religion News Service and everyone involved in establishing FAVS sites around the nation that these informative, user-friendly and interactive websites will help people keep abreast of all matters pertaining to faith and values in their local community.”

ToledoFAVS.com will launch by the end of August.

ToledoFAVS.com and HartfordFAVS.com will mark the fourth and fifth FAVS (Faith And ValueS) sites to launch since April 2012. Preceding them are SpokaneFAVS.com (Editor Tracy Simmons), WilmingtonFAVS.com (Editor Amanda Greene) and ColumbiaFAVS.com (Editor Kellie Kotraba), which launched only weeks ago.

The sites are part of a three-year initiative through Religion News LLC and the project’s primary partner, Religion News Service, to create local religion news sites in the U.S. where faith coverage is underreported or could be expanded. The sites cover beliefs, ethics and ideas from a non-sectarian viewpoint and feature daily news and opinion content from professional and citizen journalists.

In addition to engaging religion reports and dialogue, the sites also help community members explore beliefs within and outside their traditions through tools such as a faith-based directory, a community calendar, press release listings and obituary notices.

Religion News LLC and Religion News Service are headquartered at the University of Missouri’s School of Journalism. The community news sites are part of a $3.5 million grant from the Lilly Endowment to RNLLC.