PORTLAND, Ore. (RNS) A federal judge on Monday (Aug. 20) dismissed the Vatican from a lawsuit filed by a former Portland teenager who says he was sexually abused by a pedophile priest who was transferred from Ireland to Chicago and then Portland in an alleged church effort to hide his past.

U.S. District Judge Michael Mosman of Portland said the Vatican didn't employ the Rev. Andrew Ronan, who — according to the lawsuit — molested the teenager in 1965 and 1966. Mosman's ruling means the Vatican can't be held financially liable for the abuse. 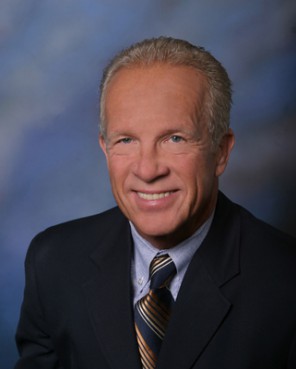 “It's clearly a disappointment, but we're definitely not discouraged,” said Jeff Anderson, the Minnesota attorney who is representing the victim, listed in the suit as John V. Doe.

His client will appeal Mosman's decision to the 9th U.S. Circuit Court of Appeals, he said.

Jeffrey Lena, a Berkeley, Calif., attorney for the Vatican, described the ruling as “quite significant … because the Holy See has patiently and cooperatively worked with the American judicial process to arrive at this day.”

Not at issue Monday was the remaining defendant. Doe's lawsuit is still active against Ronan's religious order. Other defendants, including the archdioceses in Portland and Chicago, were dismissed years ago.

Doe filed his case in 2002, one of the first in the U.S. to sue the Vatican for sexual abuse by clergy, and it encouraged a spurt of other suits that since have been dismissed.

In 2005, the 9th Circuit ruled that the case could go forward despite arguments that the Vatican couldn't be sued in U.S. court under the Foreign Sovereign Immunities Act.

But his contention that the Vatican was Ronan's employer suffered a deep blow with Monday's ruling. Specifically, the judge looked at the facts of the case, which included thousands of pages of legal briefs and exhibits, before determining that the Vatican didn't employ or control Ronan.

Ronan molested children in Ireland and then in Chicago, Anderson said. He was transferred to Portland and given the opportunity to abuse children again — all the while, the abuse was kept secret from parishioners, police and prosecutors to avoid scandal, he said.

“We believe all of the responsibility lies with the Vatican,” he said.

Ronan died in 1992. He stepped down from his position as priest in 1966 shortly after the Portland archdiocese began a proceeding against him, and the Vatican approved the departure, returning him to lay status.

According to court papers filed by Lena, the Vatican's attorney, the Vatican learned of the accusations against Ronan only after Doe's alleged abuse in Portland — when he asked to leave the priesthood.

In a letter dated Feb. 14, 1966, Ronan explained why he was leaving: “The reasons for my request are based on my repeated, admitted, documented, homosexual tendencies and acts against the vow of chasity (sic) and celebacy (sic) of the priesthood.”

Despite arguments from the Vatican, Doe's attorney said that the Vatican's secrecy over its past of transferring priests who also were child molesters continues.

“While they've given lip service, the same protocols remain in place on top,” Anderson said. “Until those at the top are held accountable, the crimes of cover-up will continue.”

(Aimee Green writes for The Oregonian in Portland, Ore.)

News
Pope Francis, Catholic bishops call for dialogue in Cuba
Follow us on Facebook!
Submit your photos to RNS