(RNS) More than two dozen Christian conservatives are trying to put theological debates about presidential candidate Mitt Romney's Mormonism to rest by focusing on the policies outlined in the GOP's new national platform. 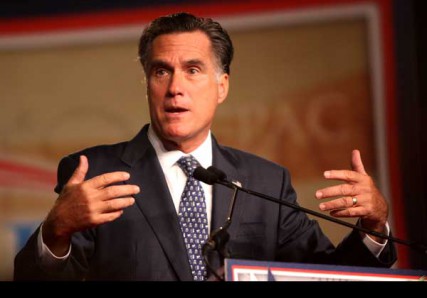 In a letter delivered Friday (Sept. 7) to Romney the leaders acknowledged that some conservatives have “tempered their enthusiasm for sound governing principles by their concern over differences in a candidate’s theological doctrine.”

But, the leaders said, “it is time to remind ourselves that civil government is not about a particular theology but rather about public policy.”

The 28 signers of the letter to Romney said the principles of the GOP's platform – with planks opposing abortion and defining marriage as between one man and one woman – are “squarely within the Judeo-Christian tradition.”

On NBC’s “Meet the Press” on Sunday, Romney spoke of “the Judeo-Christian ethics that I was brought up with’’ and credited them with helping him decide to run for president.