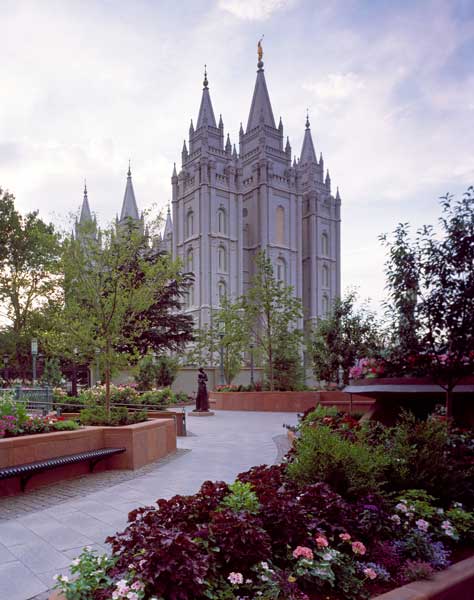 Initially, the Florida blogger, David Twede, managing editor of mormonthink.com, told news media Friday (Sept. 21) that the threatened church action was due to his comments about Romney. Later that day, he denied any political link. Then, on Saturday, he returned to “a feeling in (his) gut” that his Romney remarks triggered the possible discipline.

Twede did get a letter from his Mormon leaders in Orlando, summoning him to a disciplinary council Sept. 30 for “apostasy,” which they attributed to Twede’s writings.

In recent days, the blogger has blasted Romney as part of his critique of Mormonism, its beliefs about the nature of God and its temple ceremonies. 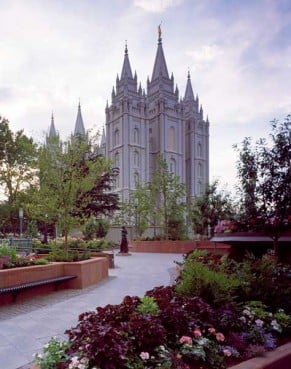 The Salt Lake Temple, also known as the Mormon Temple, worship site of the Church of Christ of Latter-Day Saints in Salt Lake City, Utah.

But, Twede told The Salt Lake Tribune on Friday, his LDS leaders never brought up Romney, a Mormon, in their exchange with him. Though not supporting the Republican nominee, Twede apologized to Romney, saying, “I didn’t mean for (the story) to go this way.”

Indeed, plenty of Mormons across the country are critical of Romney -- in public and often -- but none has been threatened with any church sanction.

“It is patently false for someone to suggest they face church discipline for having questions or for expressing a political view,” Michael Purdy, a spokesman for the Church of Jesus Christ of Latter-day Saints, said in a statement. “The church is an advocate of individual choice. It is a core tenet of our faith.”

Purdy went on to say that “church discipline becomes necessary only in those rare occasions when an individual’s actions cannot be ignored while they claim to be in good standing with the church. Every organization, whether religious or secular, must be able to define where its boundaries begin and end.”

There is at least one area LDS leaders maintain should be off-limits -- details about temple worship. Writing about it in general, academic terms is largely acceptable, but publicly describing specific sacred ceremonies is seen as deeply offensive.

Mormonthink did have an entire section discussing LDS temple ceremonies and their connection to Masonic rites, with links to photos and text of LDS temple rituals.

“They (his local LDS leaders) were upset by the fact that I was discussing the temple, which is connected to Mitt Romney in my article,” Twede told The Daily Beast. “I revealed things about the temple, and secrecy, and other things that they just don’t want anyone to talk about.”

“Church disciplinary matters are confidential,” he said. “While some may want to make their version of an issue public, the church will not discuss the private lives of individuals. To do so would be a betrayal of confidences and would affect others besides the person facing discipline.”