(RNS) Episcopal Presiding Bishop Katharine Jefferts Schori said Thursday (Nov. 15) that the Diocese of South Carolina can't unilaterally secede from the national church, as she urged conservatives to stay despite sharp disagreements over theology and homosexuality. 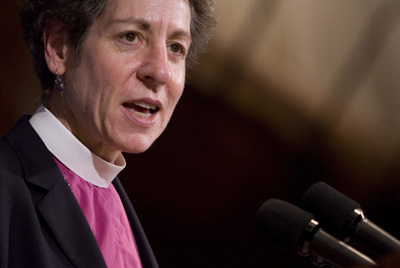 “The Episcopal Diocese of South Carolina continues to be a constituent part of The Episcopal Church, even if a number of its leaders have departed,”  said Jefferts Schori, who heads the 1.9 million-member denomination.

Leaders in the Diocese of South Carolina announced Oct. 17 that disciplinary actions taken against their bishop, Mark Lawrence, triggered their disaffiliation from the Episcopal Church. On Sept. 18, the denomination's Disciplinary Board for Bishops found Lawrence guilty of abandoning the Episcopal Church and renouncing its rules.

The split escalated a long-running feud between the national church, which has approved gay bishops and same-sex marriage, and South Carolina conservatives who oppose the moves.

Four dioceses — in California, Texas, Pennsylvania and Illinois — have split from the Episcopal Church since its consecration of an openly gay bishop in New Hampshire in 2003. In each case, Episcopal leaders rebuilt the diocese while insisting that church rules allow people to leave, but dioceses must take additional legal steps to separate.

In an open letter to South Carolina Episcopalians on Thursday, Jefferts Schori cited two examples of “legitimate separation”: The Episcopal Church in the Philippines, which left to form an autonomous province in the Anglican Communion, and the Diocese of Liberia, which left to become part of the Province of West Africa.

“Nothing of that sort has transpired in Diocese of South Carolina,” said the presiding bishop.

Still, conservatives in South Carolina, who vastly outnumber liberals, plan to meet on Saturday to finalize their split with the Episcopal Church.

“I assure you, we continue to be The Protestant Episcopal Church in the Diocese of South Carolina,” Lawrence said in an open letter to local Episcopalians. “We are still here and by God’s grace we shall not only endure we shall prevail.”

Meanwhile, Episcopalians who wish to remain with the national church have already begun to rebuild, appointing a steering committee to begin selection of a new bishop. According to the Charleston Post and Courier, 12 of the 70 parishes in the diocese, which covers the eastern half of the state, plan to stay with the national church.

Jefferts Schori urged more Episcopalians to join the ranks of the remaining parishes.

“Disagreement about a variety of issues is normal in this church, and has historically been considered a healthy sign of diversity,” she said. “Please know that The Episcopal Church wants you to remain!” 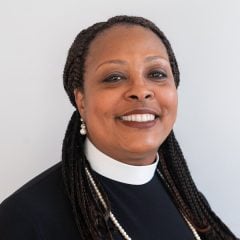 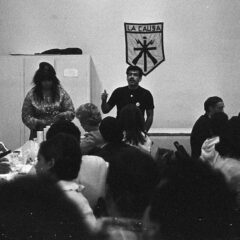