VATICAN CITY (RNS) Faced with recent setbacks in the United States and in Europe, the Catholic Church has intensified its increasingly uphill battle against gay marriage.

The latest salvo came on Monday (Dec. 17), with a front-page article in the Vatican’s semiofficial newspaper, L’Osservatore Romano.

Historian Lucetta Scaraffia compared proponents of gay marriage, with their championing of “marriage equality,” to 20th-century communists who wooed millions with their promise of perfect social and economical equality. 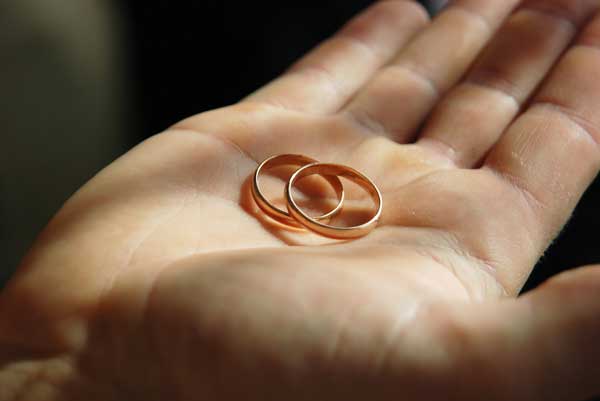 Faced with recent setbacks in the United States and in Europe, the Catholic Church has intensified its increasingly uphill battle against gay marriage. *Note: This image is not available to download. RNS photo courtesy Shutterstock.

Scaraffia, a 64-year-old former feminist activist who later became a fervent Catholic, has often written in the Vatican newspaper on the issue.

For her, the idea of  gay marriage is a product of the same “egalitarian utopia that did so much damage during the 20th century …  deceiving humanity as socialism did in the past.”

In November, voters approved gay marriage in three U.S. states, while Spain’s Constitutional Court rejected a bid to repeal the country’s same-sex marriage law. France and Britain are in the process of legalizing gay marriage.

The church has lobbied hard in all these countries. But it has also tried to present its position in a nonreligious way, as a defense of traditional family that can be embraced by believers and nonbelievers alike.

Particularly in France, church leaders say that their opposition to gay marriage is winning favor outside Catholic circles.

Last month, tens of thousands of people took to the streets to protest the government’s planned introduction of gay marriage. “Our demonstration was declaredly non-confessional,” said Paris Archbishop Andre Vingt-Trois, who noted the participation  of Jewish and Muslim groups.

This approach mirrors Pope Benedict XVI’s on the issue.

In his yearly message on peace, released on Dec. 14, he said that protecting traditional marriage from “attempts to make it juridically equivalent to radically different types of unions” is not a faith issue.

Marriage’s “indispensable role in society” is “inscribed in human nature itself” and “common to all humanity,” he wrote. Therefore, the church’s efforts to protect it are not “confessional in character, but addressed to all people, whatever their religious affiliation.”

In her L’ Osservatore Romano article, Scaraffia echoed and developed Benedict’s argument. To equate a traditional marriage between a man and a woman with a union between homosexuals amounts to a “negation of truth,” which would undermine “one of the basic structures of human society, family,” she wrote.

In the long run, she concluded, societies will end up paying “a very high price” for destroying family, “as it happened in the past with the attempts to create a complete social and economical equality.”

Marianne Duddy-Burke, Executive Director of DignityUSA, agreed that “marriage and family are sacred institutions that deserve the support of both civil and religious communities.” But, she added, “these institutions are not limited by the sexual orientations of their members. Love and commitment transcend gender.”

The Vatican’s arguments against gay marriage, she said, are based on “patently false beliefs about human nature” and represent “a cruel and un-Christian attempt to incite fear and division.”

In a recent interview, Scaraffia held her ground.

“The idea that men have to be equal to enjoy the fullness of their rights and be happy dates back to French Revolution, when they demolished church bell towers because they were taller than other buildings,” she said.

While socialism tried to realize this utopia through the abolition of private property and social differences, Scaraffia is convinced that today another “difference that defines humanity” is under threat — the one between man and woman.

For her, many people are coming round to accept the Vatican’s point. “In France, the church has become a reference point for all those who oppose gay marriage, be they secular or religious,” she said.

Scaraffia was also adamant that the church’s opposition to gay marriage cannot be labeled as discrimination. “The Vatican has often intervened against discrimination for gay people. But many people don’t want to see it, they just want to pin it down as homophobic.”