(RNS)  A group of prominent Episcopalians is criticizing their church’s stand on Israel, urging it to join 15 other denominations who call for an accounting of U.S. aid to Israel.

The public letter released on Friday (Jan. 18) notes that leaders of 15 religious groups, including Lutherans, Presbyterians and Methodists, asked Congress to take that step last October, and that the “voice of the Episcopal Church is woefully missing.” 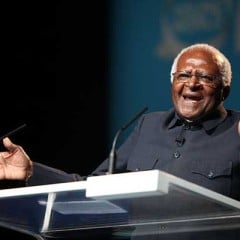 Desmond Tutu at One Young World. RNS photo by Jmquez/courtesy Wikimedia Commons (http://en.wikipedia.org/wiki/File:Oyw_desmond.JPG) [CC-BY-SA-3.0 (www.creativecommons.org/licenses/by-sa/3.0)], via Wikimedia Commons. *Note: This image is not available to download.

“Just as this church stood with South Africa and Namibia during the dark days of Apartheid,” the Episcopal leaders said, “so we recognize that we need to be standing with our sister and brother Palestinians who have endured an Apartheid that Archbishop Emeritus Desmond Tutu has described as worse than it was in South Africa.” 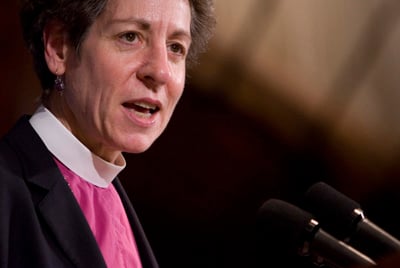 Presiding Bishop Katharine Jefferts Schori of the Episcopal Church addresses the National Press club on the topic of “Religion in the Public Square.” during a luncheon on Dec. 16, 2008. Religion News Service photo by David Jolkovski

“Our work must begin by listening to those who live and work and have their being in the midst of the current conflicts, and equally attend to the conflicts in our own communities,” Jefferts Schori told ENS. “We cannot build a lasting peace by directing or imposing strategies on others. We can encourage non-violent and transparent methods like those Jesus and his disciple Martin Luther King, Jr. did.”

Last year, the Episcopal Church rejected boycotts and sanction against Israel, instead pledging to support “positive investment” in the Palestinian territories. 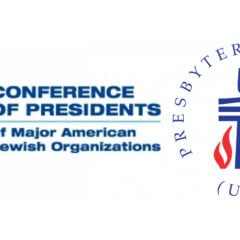