VATICAN CITY (RNS) Lutheran leaders have warned the Vatican that the creation of a structure to welcome conservative Lutherans into the Catholic Church would harm dialogue and damage ecumenical relations. 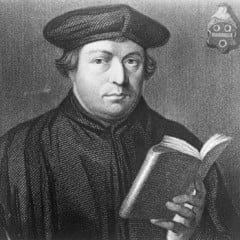 In 2009, Pope Benedict created a special church structure, called an ordinariate, to allow disgruntled Anglicans to convert to Catholicism while maintaining bits of their traditions and culture.

Ordinariates have been created in the U.S., England and Australia, attracting hundreds of conservative Anglicans who oppose female and gay bishops and who seek greater lines of authority.

According to Catholic media reports, Archbishop Gerhard Ludwig Mueller, who heads the Vatican’s doctrinal office, said on Jan. 11 that if Lutherans asked for the creation of an ordinariate, the Vatican would consider their request.

Mueller’s words were swiftly rebuked by the Rev. Martin Junge, general secretary of the Lutheran World Federation. “The creation of such a special structure would have deep ecumenical repercussions,” he warned on Jan. 18.

Bishop Friedrich Weber, who oversees relations with Catholics for German Lutherans, dismissed the idea of an ordinariate as “an unecumenical incitement to switch sides.”

According to Junge, a Vatican move would “send wrong signals” to Lutheran churches around the world as they prepare to celebrate the 500th anniversary of the Protestant Reformation in 2017 “in a spirit of ecumenical understanding and cooperation.”

The Catholic Church in Germany has been invited to take part in the Reformation commemorations, but Catholic leaders have cautioned against triumphalist celebrations of what the Vatican still considers a painful split among Christians.

While the theological question that sparked the Reformation was officially resolved by both sides in 1999, the distance between Catholics and Protestants has grown on issues such as homosexuality and female clergy.

When the Vatican’s Anglican Ordinariate was unveiled in 2009, Anglican officials signaled that they knew they couldn’t stop Rome’s offer. Then-Archbishop of Canterbury Rowan Williams wasn’t pleased, but maintained that the deal “is in no sense at all intended to undermine existing relations between our two communions or to be an act of proselytism or aggression.”

Signs of the Times
Happy New Year, it’s Advent
Follow us on Facebook!
Submit your photos to RNS