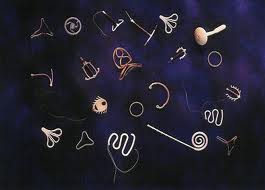 When the Obama Administration made its latest effort to accommodate the scruples of Catholic and other faith-based organizations about including contraception coverage in their health plans, my friend Michael Sean Winters called it “nothing short of a miracle.” But the real miracle would have been if the Catholic bishops had accepted the accommodation.

No miracle. As predicted in this space at the time, they have (after a week of pondering) pronounced the accommodation unacceptable.

To be sure, the language of rejection is much softer than heretofore. The bishops (in the person of USCCB president Timothy Dolan) acknowledge that the the Administration has heard their concerns, showed itself open to dialogue, made a serious effort. And they promise, for their part, to give the matter “additional, careful study.” No more banging the pulpit about an Administration “war on religion.”

But like the post-election chastened Republican Party, what’s changed is the rhetoric, not the substance. The bishops offer nothing to indicate that the many non-Catholics who receive health coverage at their colleges and  hospitals may have rights of their own that ought to be recognized. Or that those institutions, by virtue of the substantial public funding they receive, might legitimately be distinguished from houses of worship. They recognize no difference between the prerogatives of religious organizations and those of secular employers asserting religious claims, and declare they will continue to support all lawsuits seeking exemptions from the contraception mandate.

In a real negotiation, both sides bring something to trade. Thus far, the Administration has offered substance and the bishops have turned down the volume. I say that’s as far as it goes.